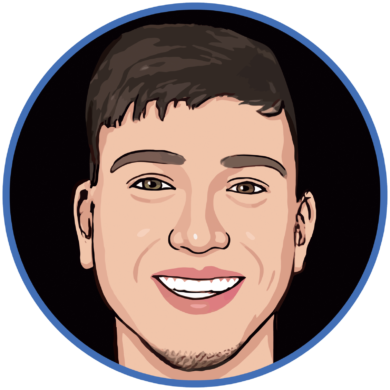 Garrett is a life-long lover of all things Marvel, DC, and Star Wars! As a kid, he played with Batman toys, watched prequel Star Wars films, and read Marvel comics. However, it wasn’t until later in life that Garrett really dove in and found his passion. While starting a degree in Public Relations from the University of Alabama, Garrett inherited a comic book collection from a roommate that further pulled him into the scene. He met TJ and Ruben while creating content for FandomWire, but never expected to grow Agents of Fandom into what it is today. In addition to comics, Garrett is an avid gamer. He enjoys sports games, Role-Playing Games (RPGs), First-Person Shooters (FPS), and most genres. When Garrett isn’t working on the podcast, he enjoys spending time with his two dogs, Stella and Winston, and his partner, Nina.