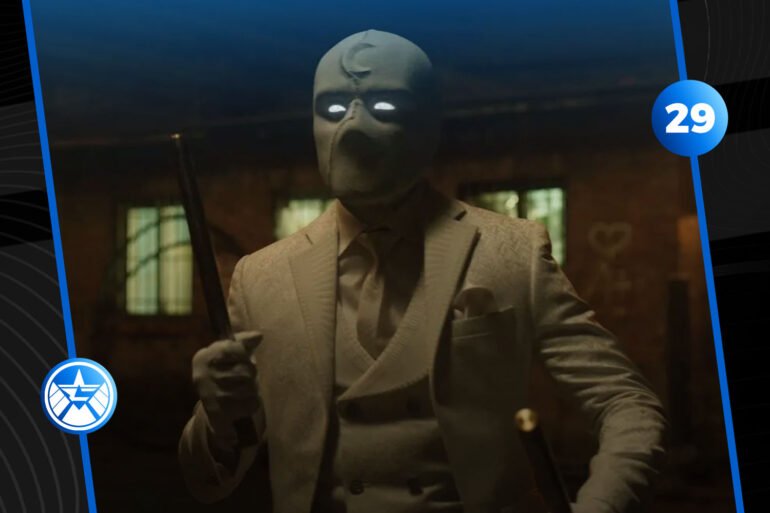 The Agents of Fandom are back to talk about Episode 2 of the new Disney+ series Moon Knight with former guest Richard Nebens of The Direct. Richard is known as “The Machine” throughout the industry because he can pump out content faster than anyone we know! We are super excited to share Richard’s perspective with you as a Jewish man, and his thoughts on how this series is representing that aspect of the titular character.

One of the first things Richard mentions to us is the Star of David necklace that he is wearing and how much it meant to see a glimpse of Marc wearing a similar one at the end of the episode. We chat about what the series plans on doing to further represent Marc’s Jewish faith in the final four episodes. All 3 Agents on this episode agree that Ethan Hawke’s portrayal of Arthur Harrow is incredibly, for lack of a better word, harrowing! Tj once again lays out his theory for Gorr the God Butcher while Garrett pitches a mysterious third identity pulling the strings. Check out this episode now!

The Agents of Fandom are excited to bring you their 30th episode next week (not including exclusive interviews)! To celebrate the occasion, they will be joined by Laila Heslop (resident Agents of Fandom Tik Toker), Mo Hoosen of Streamr News, Sydney McIntyre of Collider, and Richard will be returning for double duty! Don’t forget to subscribe now so you don’t miss out on this exciting episode!