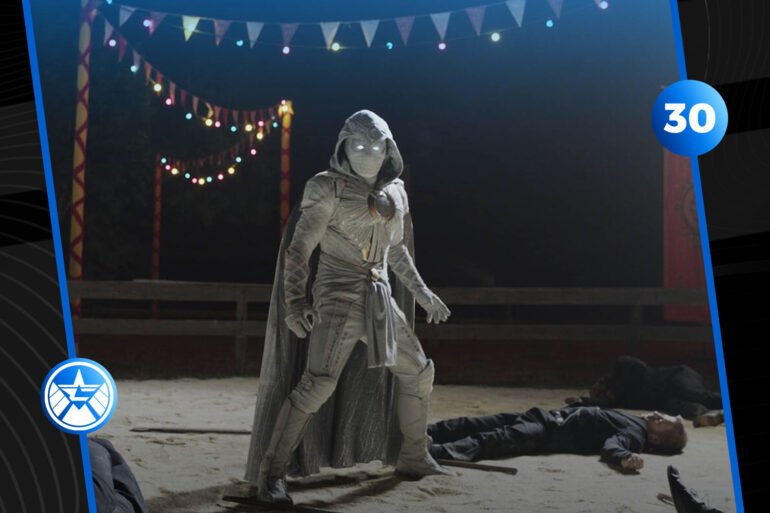 Moon Knight episode 3 came with a lot of action, so the Agents of Fandom had to respond. It didn’t feel right to cover this episode ourselves, or even with a single guest. To spice things up, we decided to feature a special roundtable episode. Our podcast featured some friendly faces, as well as a new guest, the amazing Sydney McIntyre of Collider. The machine himself, Richard Nebens of The Direct also returned for the second straight week. The Agents were also joined by one of their own as resident Oscar Isaac Stan Laila hopped on, as well as Mo Hoosen, Editor-In-Chief of Streamr. With such a talented crew, the episode was bound to be informative.

It was a busy week for the Agents after breaking down the Thor Love and Thunder Trailer earlier in the week. However, Khonshu’s mission waits for no one, as was displayed in Moon Knight episode 3. Oscar Isaac continues his masterful acting, as we finally see Marc Spector in the drivers seat. The third episode brings us first class visuals and some of the most action we’ve seen from Moon Knight to date. Even though it’s not time for She-Hulk yet, we still got a bonkers Ennead courtroom scene. Hopefully, the Agents of Fandom can keep it together better than Khonshu.

It was a fresh podcast this week, with a completely different format than usual. Co-hosts Garrett and TJ took a welcomed step back this episode, as the guests stole the show. The plethora of diverse perspectives brought forth tantalizing conversation, and mind-bending theories.