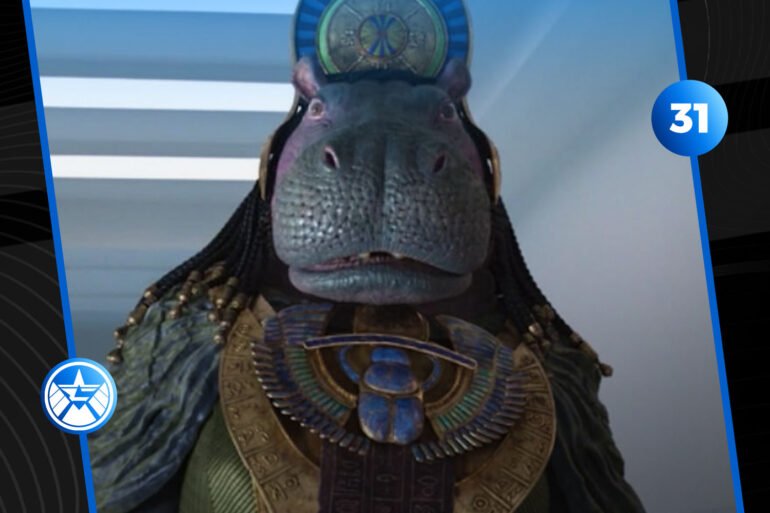 FOR MORE MOON KNIGHT, CHECK OUT THE AGENTS OF FANDOM ON APPLE, SPOTIFY, YOUTUBE, OR WHEREVER YOU GET YOUR PODCASTS. YOU’LL ALSO FIND TJ, GARRETT, AND THE REST OF THE TEAM ON TWITTER, FACEBOOK, INSTAGRAM, AND TIKTOK.

Everything Everywhere All At Once

While the podcast typically sticks to Moon Knight, sometimes a movie just blows your mind. This was the case for all of us with Everything Everywhere All At Once. A film Garrett boldly refers to as a Top 10 movie of all time, it is difficult to deny the picture’s grandeur. Michelle Yeoh solidified herself with Andrew Garfield as my two favorite actors, and I was blown away. Fellow Agent of Fandom Ethan Simmie joins us, giving his in-depth thoughts on the film for the first half of the podcast.

We are later joined by our friend Ron, Editor-In-Chief and creator of POC Culture. We discuss the importance of representation in Everything Everywhere All At Once, and what the film meant to him. Although we could’ve gone on about the film forever, we eventually had to discuss Moon Knight.

It was refreshing to have an episode with conflicting views on Moon Knight. Like our co-hosts, the majority of guests in the past have been infatuated by Marvel’s new hit show. The discourse in this week’s episode shifted. The 3 Agents and Ron filled the podcast with respectful arguments from differing perspectives. In addition, TJ brings some FIRE theories to the table, that could shift the landscape of the series. Could there be another Khonshu avatar? What if Alexander the Great was more? What’s going on with the 3rd personality? All these answers and more can be found in this week’s episode.