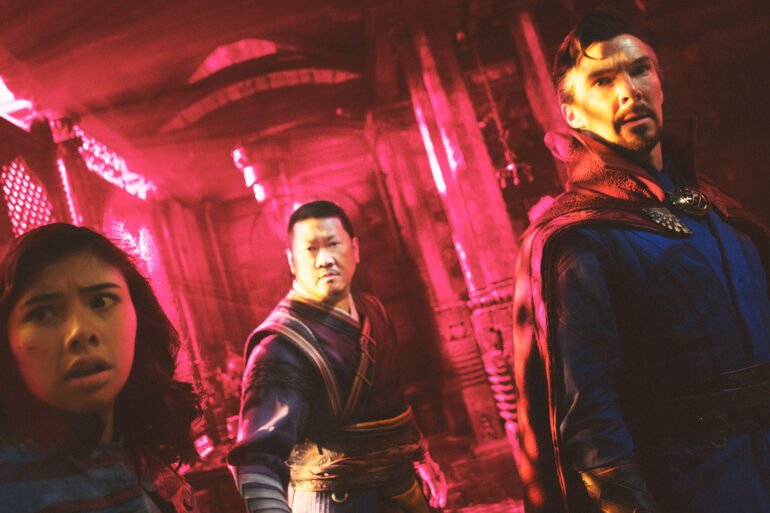 Doctor Strange in the Multiverse of Madness opens up the multiverse even more in a couple of days when it releases on May 6. This sequel to the 2016 film Doctor Strange will see Stephen Strange (Benedict Cumberbatch) continue in his quest in becoming the Sorcerer Supreme and protecting Earth from all types of chaos. Elizabeth Olsen’s Wanda Maximoff, also known as Scarlet Witch, is set to have a major storyline as well after the events of WandaVision. Before you transverse the infinite multiverse, here are 5 key pieces of information to take along with you on your journey:

Both Doctor Strange and Wanda Maximoff are dealing with the consequences of their actions.

In the last MCU film Spider-Man No Way Home, Doctor Strange officially opened up the multiverse, allowing variant versions of heroes and villains alike to join the world we know. Since this movie is a direct follow-up to No Way Home, we’ll be seeing Strange come to terms with the actions he’s taken and the consequences that opening the multiverse has. Along with him, Wanda Maximoff will be suffering the ramifications of her own actions. Last we saw her, she had taken possession of the Darkhold and was bestowed her comic book moniker of Scarlet Witch. She had created her own reality in Westview in which her husband Vision, and children Billy and Tommy, were alive and healthy, leading what seemed like a normal suburban lifestyle. Yet in reality, she had entranced an entire town to live in this fantasy world and is now bent on finding her family in whatever multiverse they may reside. Grief, guilt, and sadness still guide her way so there’s no knowing what her ascent to full power may look like in this movie.

Who are the Illuminati?

It’s been alluded to and even stated in trailers that the Illuminati will be present in this film, potentially supporting the resolution of the multiverse opening up. But who are they and why do they matter? The Illuminati is a gathering of the smartest and most influential heroes on Earth existing solely to deal with galactic and multiversal threats. They first appeared in the pages of Brian Michael Bendis’ run on New Avengers in 2005. In the comics, the group is comprised of 6 members: Mister Fantastic, Iron Man, Professor X, Doctor Strange, Black Bolt, and Namor. It’s highly possible we could see some of these characters make their MCU debut with the Illuminati in this movie like Mister Fantastic or Black Bolt. We already know for sure that Professor X will be present. The possibilities of characters that could be on the Illuminati in Multiverse of Madness are nearly limitless and I wouldn’t be surprised to see some big names and big faces.

Baron Mordo is out for revenge!

In the final post-credit scene of the first Doctor Strange movie, Strange’s partner and friend Baron Mordo exclaims that there are too many sorcerers as he sucks sorcery power from a former acquaintance. For 6 years we’ve been waiting for this storyline to come to fruition and it looks like it finally will in this movie. Baron Mordo could be on his own mission to eliminate the number of sorcerers both in his universe and others. This would of course create even more problems for Stephen Strange as he is already battling the opening of the multiverse. It most likely won’t be the main storyline of the film, but it’s an interesting plot point to be aware of heading into an already stuffed movie.

Variants… all of them!

This movie will solidify the existence of Variants within the Marvel Cinematic Universe, so it’s essential to be aware of what they are and how they impact everything they touch. First introduced in Loki, Variants are just alternate versions of characters we are already familiar with. In the case of Loki, it was the Variant Sylvie, along with a few others in Boastful Loki, Classic Loki, Alligator Loki, and Kid Loki. It looks as though we are going to see at least two variants of Doctor Strange that we are aware of, with the high possibility of more. Strange Supreme and Defender Strange already appear in trailers for the film and I’m guessing there are some variants that haven’t been shown to us yet. The most important thing to note here is that anybody could be a variant at any time. Keep an open mind when it comes to characters and their potential in this movie.

Christine Palmer is BACK!

Sure, this isn’t a groundbreaking revelation. But damn it’s an exciting one. Rachel McAdams is reprising her role as Christine Palmer which raises several questions about how her relationship with Stephen Strange will play out in this movie. In 2016’s Doctor Strange she was underutilized, to say the least- not to mention her relationship with Strange came to a halt when he couldn’t stop focusing on healing his hands. It’s possible that what we’ve seen transpire in Episode 4 of Disney +’s What If…? series could take some form here and offer another chance at love for the duo. While she is seen in a wedding gown in a trailer, it’s quite possible that that is just one of the many multiverses that have been opened and not an actual event in Strange’s home universe.

Looking for even more things to know before entering the multiverse? Here is a shortlist of suggested projects to watch before diving into Doctor Strange in the Multiverse of Madness:

Whatever the multiverse reveals, it’s sure to be something special. Check out our review for the latest episode of Moon Knight for more MCU content!