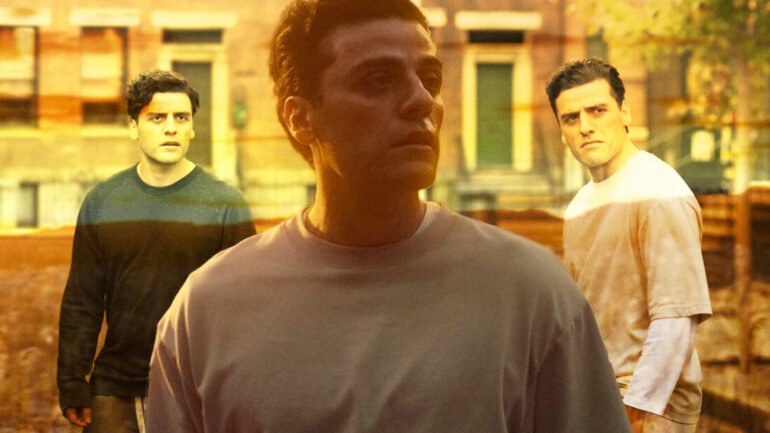 So far, the Moon Knight series on Disney+ has been a smash hit for Marvel and Egyptian mythology fans alike – and of course for all those Oscar Isaac stans out there. The first four episodes are incredible in their own right, but episode 5 is by far the most important. Nonetheless, as with every other episode, there are things that I loved, and some things that spark a few concerns.

Episode 5 does an incredible job answering questions inspired by the first four episodes. This episode sends us for a wild ride, to say the least, yet it offers so much in terms of character development. In the beginning, Taweret confirms that Marc and Steven are in fact dead. For them to survive the judgment of their souls, and receive passage into the Field of Reeds, they have to undergo a dark and emotional journey of self-reflection. These two must acknowledge that their souls are fractured as they reconcile with the traumas from their past – no secrets are safe here. The Asylum, also known as the Duat, is the physical encapsulation of the afterlife and provided some of the most amazing visuals we’ve seen in the series thus far. This is where their venture into the life of Marc Spector takes place, and it is by no means a pleasant walk-through.

For a solid 30 minutes, we had to relive the traumas that Marc tries so hard to avoid. I am still recovering from the heartbreak we had to endure in this episode. From the death of his younger brother to the years of physical and verbal abuse dished out by his mother, we finally understand how and when Steven Grant came to exist. Initially, Steven was Marc’s escape, his shell to protect himself from his mother, but what changed? Steven has been living his own life, making his own conscious decisions, but how? It started after the death of his mother. Marc had so much unresolved trauma, that when his mother passed, and he knew he would never receive that closure, he broke. This was the moment that Steven was able to push through that mental barrier.

That being said, I want to take a moment to truly appreciate the acting ability of Oscar Isaac. He deserves all the awards for his performance in this series. Not only is he convincing, but his passion bleeds through the TV and into my own heart; I can feel everything he feels with every bone in my body. The effort he puts into his role is unreal, as he battles with the idea that maybe, after all this time, he really is just insane. I can’t imagine the amount of physical and mental strain a role like this could have on a person, but Oscar Isaac is absolutely nailing it. Switching between two personalities is an impressive feat on its own, and it should be acknowledged. However, this man can easily go from ugly crying as Marc to the nonchalant and oblivious nature of Steven in an instant. Incredible.

Concerns For The Series Finale

Although this episode was amazing, it has raised some red flags. For starters, where is Jake Lockley? He’s been teased several times since episode 3, and the series is over next week. It would not be smart to introduce a whole new personality at the end of the series. If we get Jake this episode, I would rather it be in a post-credit tease for Moon Knight season 2. Is it ideal? No, but at this point, it’s their best and probably only option. This leads me directly into the issue of pacing, a common downfall for the MCU Disney+ series. I feel as though the ratio of what we know to what we still need to figure out is not where it should be. We finish this episode with more questions than we did when it started.

Is Steven gone for good? How will Marc free Khonshu? What happened to Layla? There’s a lot to cover in a series finale that is reportedly only 45 minutes long. This breaks the record for the shortest finale runtime of any MCU series. Regardless, episode 5 is ultimately a win for the marvel community, and I am excited to see what comes next for Moon Knight. Want some more of my thoughts? Follow me on Twitter! Also, check out the latest episode of the Agents of Fandom Podcast. My friends TJ Zwarych and Garrett Blaney talk full spoilers and crazy theories for Moon Knight episode 5!