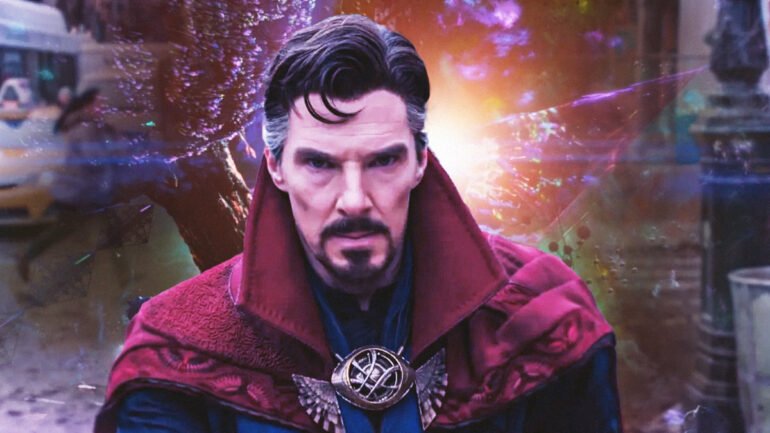 *SPOILER WARNING* The article below contains spoilers for the film Doctor Strange in the Multiverse of Madness.

Doctor Strange in the Multiverse of Madness takes a deep dive into realms we know frighteningly little about. With the help of America Chavez (Xochitl Gomez), Doctor Strange (Benedict Cumberbatch) must navigate the multiverse to save it from the likes of the Scarlet Witch (Elizabeth Olsen). Along the way, we meet with some incredible cameos and some pretty cool surprises. This movie is groundbreaking; it opens the door to a whole new genre of storytelling in the MCU, as well as an expansion of the MCU as a whole. With that in mind, what is next for Doctor Strange? Well, after the shocking post-credits scene, we think we have some ideas!

Who Is The Mystery Woman?

After extensive research, we learn that this mystery woman in the Doctor Strange 2 post-credit scene is a sorcerer named Clea. She is played by the very talented Charlize Theron, and man did she make an entrance! To make a long story short, there are three things you need to know about Clea. For starters, she is Dormammu’s niece. Yes, you read that correctly. She is the niece of the evil cosmic being that Strange trapped in the Dark Dimension. Secondly, she is incredibly familiar with the mystic arts, which could make her the Sorcerer Supreme of the Dark Dimension, which I am sure will play a very important role moving forward.

Lastly, her appearance in this post-credit scene was to seek his help in fixing the “Incursion Event” that he, and America Chavez, created. This could mean something huge is on the way for the MCU, and I am so ready for it. Incursion’s play a primary role in the major comic event many people think the MCU could be building towards, Secret Wars.

Doctor Strange In The Dark Dimension

Although it is currently unclear what kind of relationship the MCU version of Clea and Dormammu have, chances are she is not taking orders from him. Nonetheless, Clea rips open the very fabric of Strange’s reality using nothing but a dagger. Together they jump into the Dark Dimension, with no hesitation whatsoever. Essentially, Clea tells Strange he is the cause of the Incursion Event, and he is going to help stop it. What could this “Incursion Event” lead to, you ask? If this story continues to unfold the way it has, we could be on our way to getting Secret Wars. Although this is in no way a confirmation for Secret Wars, it does seem to go along with the plot of this multiversal event.

Why was Strange so quick to jump into this mysterious portal, with a mysterious woman he’d never met? In the comics, Clea was not only a student of the mystic arts under Strange’s mentorship, she was his love interest. Love interest- as in Clea and Doctor Strange are literally married in the comics. After his death, Clea takes on the last name, Strange, and becomes the Sorceror Supreme of Earth in his absence. As one of Doctor Strange’s most prominent supporting characters, it was inevitable she would show up sooner or later.

There’s a chance her interest in Strange started after his last visit to the Dark Dimension where he trapped Dormammu. It may even be possible that she is grateful for Strange. With Dormammu out of commission, it could’ve provided the perfect opportunity for a takeover. Regardless of what her MCU story is, it only seems right that Doctor Strange finds love with Clea, so maybe he won’t have to lie about his happiness anymore.

For more of my thoughts on Doctor Strange in the Multiverse of Madness, be sure to head over to the Agents of Fandom Tik Tok page!