Chukwudi Iwuji on Working With James Gunn During ‘Peacemaker’

The AGents of Fandom spoke with Chukwudi Iwuji on his roles in 'Peacemaker' and 'Guardians of the Galaxy Vol. 3'. 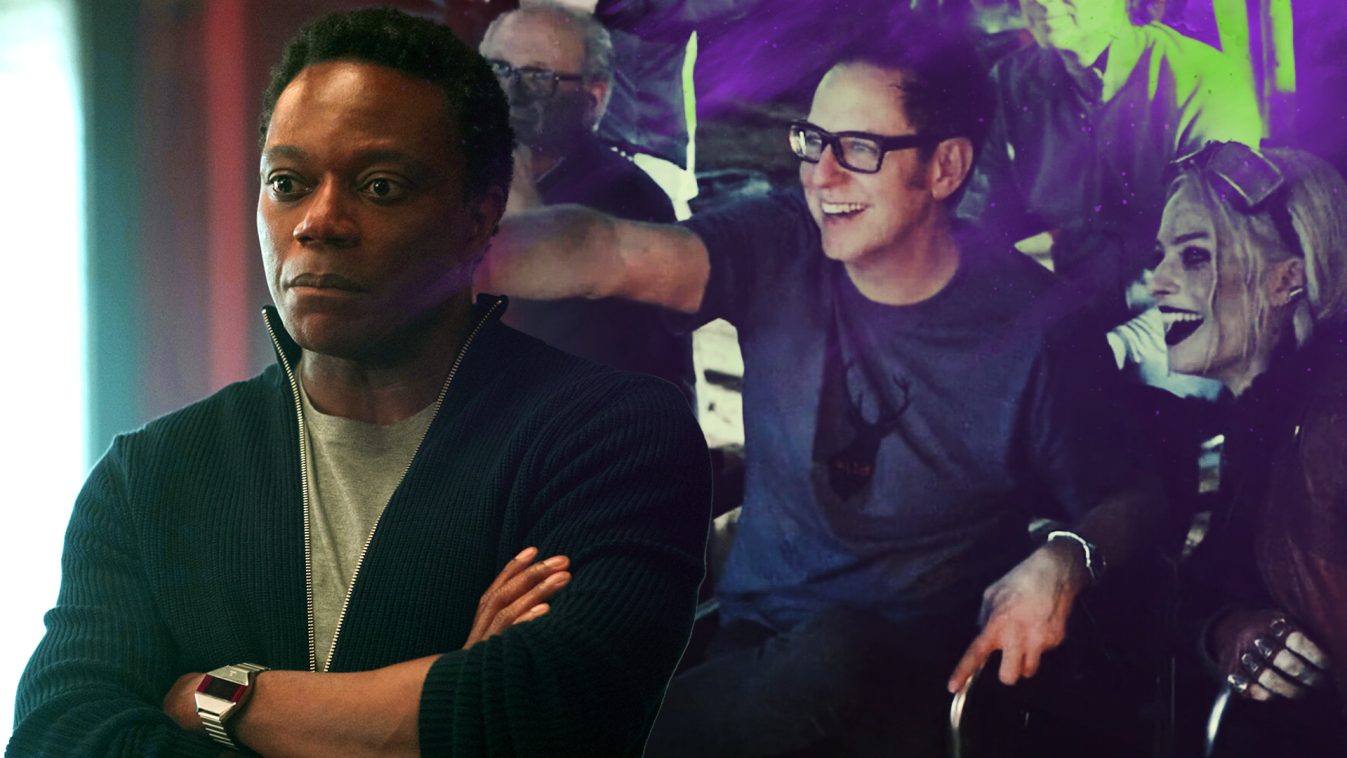 WARNING: This article contains spoilers for Episode 6 and 7 of Peacemaker.

Peacemaker recently premiered on HBO Max and has taken the world by storm. James Gunn's spin-off of The Suicide Squad was pegged by many as unnecessary. However, Gunn has delivered an obscure masterpiece with DC's Peacemaker. Among the series' standouts, is talented actor Chukwudi Iwuji in the role of Clemson Murn.

Clemson Murn leads Peacemaker and a group of talented misfits on a quest to rid the world of an invading alien species called butterflies. Throughout the Peacemaker show, Iwuji's portrayal of Murn has gone from being a stone-faced badass, to a heartbreaking emotional focal point of the series. While his background as a classically trained theatre actor differs from the rest of the cast, Iwuji's commitment to the role provided necessary tonal shifts throughout the season. His success on Peacemaker has opened up many more doors in the superhero realm of film. Chukwudi Iwuji has signed on to appear in the upcoming James Gunn project Guardians of the Galaxy Volume 3.

“I never met James before I got Clemson Murn…I loved the writing so much, I said I'm just going to do a take. So my wife and I did a take, sent it off to James, and he loved it. It wasn't what he was looking for, but he decided actually I love this.”

In a recent media roundtable that included Agents of Fandom host TJ Zwarych, Chukwudi Iwuji opened up about how he never actually met director James Gunn prior to nailing the role in Peacemaker. Iwuji not only inspires with his performance on screen, but shows the necessity of having confidence in one's self. Had he not sent the tape to James Gunn without prompting, he never would've landed the role of Clemson Murn in Peacemaker, nor his future place in Guardians of the Galaxy Volume 3.

“The first time I met James, he accidentally butt-dialed me Christmas Eve on Facetime… I got the role, we started working, and we just gelled so much.”

Iwuji's professionalism and top knotch acting clearly show the benefits of being in James Gunn's good graces, as his career continues to be on the rise. While he wouldn't divulge much about his character in the upcoming Guardians of the Galaxy film, Iwuji noted how his character “couldn't be more different than Clemson Murn.” Iwuji's performance in Peacemaker has left fans wanting more. Thankfully, despite his fate in episode 6 of Peacemaker, we will see more of Chukwudi Iwuji in James Gunn projects in the near future. The Peacemaker actor revealed during the interview that Gunn pulled him aside during the show's notorious opening dance sequence to offer him the role.

Iwuji spoke incredibly highly of director James Gunn, as well as the entire cast of Peacemaker. It's evident based on how close they are as a group, James clearly has not only the creative aspect of directing as a strong suit, but the leadership portion as well. The unexpected rise of Peacemaker on HBO Max has Gunn's talents highly coveted at the moment. With James Gunn recently revealing that Chukwudi Iwuji's debut in Guardians of the Galaxy Volume 3 will also mark the finale of the current Guardians team, it remains to be seen where the future of Gunn's directorial talent lies. Something both Gunn and Iwuji seem to have in common, is a knack for success in both the DC and Marvel universes.