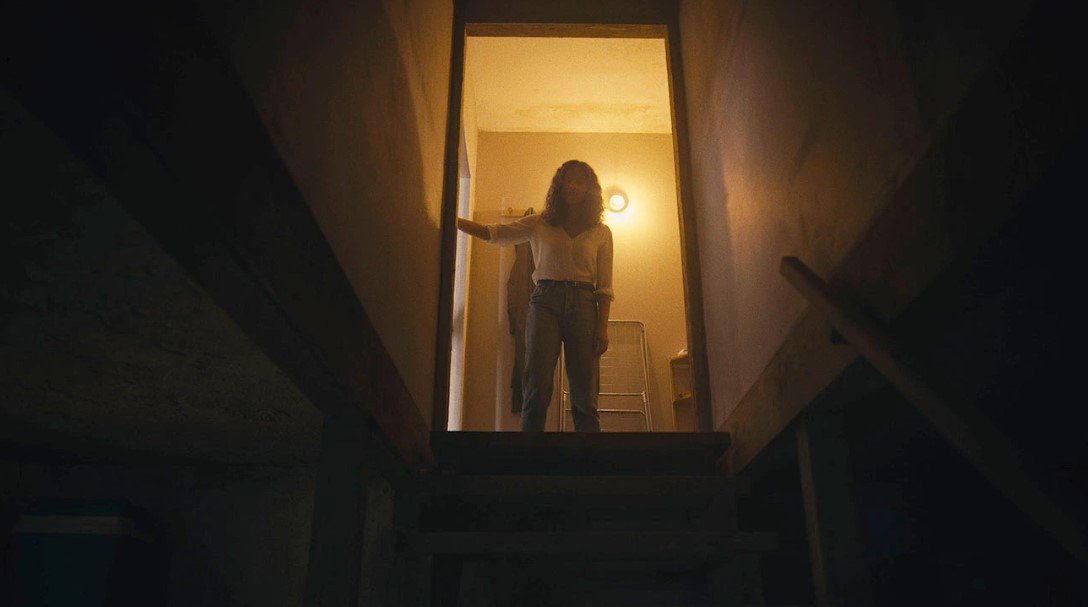 If you have seen this terrifying tale, you know we want the basement again! (Credit: Zach Kuperstein via Vertigo Entertainment/BoulderLight Pictures)

NOTE: If you haven't seen Zach Cregger's scintillating and unnerving Barbarian, bookmark this story, support this film, and come back. There is a minor spoiler down there in the darkness. So, “crash here” later. (A little Barbarian shout-out.)

Now that we have the spoiler warning out of the way, “Damn you, Zach Cregger!”

The man, most notably known for New York City-based comedy troupe The Whitest Kids U' Know, is not making his new fans laugh. Like, at all. It wasn't a deadpan giggle time. He wasn't being sarcastic, either.

If you are enthralled with Barbarian (like we are at Agents of Fandom), our nerdy pals at ComicBook.com recently interviewed Zach Cregger to provide his thoughts on the future of Barbary Lane. And it's not good.

And, please tell us that we aren't the only ones who noticed the Easter Egg in the street address?! Barbarian. Barbary Lane. C'mon! That's greatness. Okay, on with the show…

(Seriously, Isaac? The Harley-Davidson people called us pissed when they saw those handlebars. #TeamDontEverShave)

Some movies are signature classics and never need a prequel, reboot, or a cavalcade of “Who gives a complete crap” sequels (James Cameron, we're looking at you, Na'vi boy). And the runaway novel spine-tingling Barbarian may be one such film.

The problem with that scenario is the fans are usually the ones who selfishly want to point that out. Yet, Zach Cregger may have beat us all to the punch and cracked all his new fans in the jaw.

As you follow the misadventure of Tess (Georgina Campbell) into this quaint Airbnb, she meets Keith (Bill Skarsgård), who has already rented the home. And that's the end of the predictability of this film. What we get in this movie is unlike any horror movie we've seen since John Carpenter introduced us to The Thing in 1982.

Case in point: The WTF moment in the film is halfway through the movie! And, to make it even better, Barbarian keeps getting better from there. The ending of the movie practically begs for a prequel or a sequel.

Yet, Zach Cregger may have poo-pooed that idea already.

So, there's a big twist around the 40-minute mark and I always eagerly wait for that moment. It's my favorite moment. Barbarian 2, not for me. Not gonna happen from me. Never say never, I could have an amazing idea tomorrow and be off to the races, but I doubt it.

Yeah. So that sucks.

In a previous interview with THR, he shuts the door on a prequel idea (yeah, the one you're thinking). However, he entertains the idea of a sequel we'd all love to see.

There's a sequel I joke about that I would love to watch, which would be The Mother surviving her gunshot and having to integrate into society. She could attend community college and get her learner's permit and get a Tinder profile. That would be fun. I'd watch that movie. I don't know if I'd make it, but I'd love to see it.

Greatness! You can take the horror buff out of the comedy writer, but you can't take…well, you get it. Whatever Zach Cregger does next will be good, but if there is no second helping of the labyrinth down below, that may be bad.

However, Zach, can we have a word if you're out there? That word is how horror buffs across America feel about a Barbarian sequel and another trip downstairs–please?

P.S. Fun fact about “The Mother” in that movie. She was a freakish human defibrillator. She was hair-raising and blood-curdling. And “she” was played masterfully by a “he.”