DC at SDCC 2022: WBD was Much Ado About Some Things, But Not That Thing 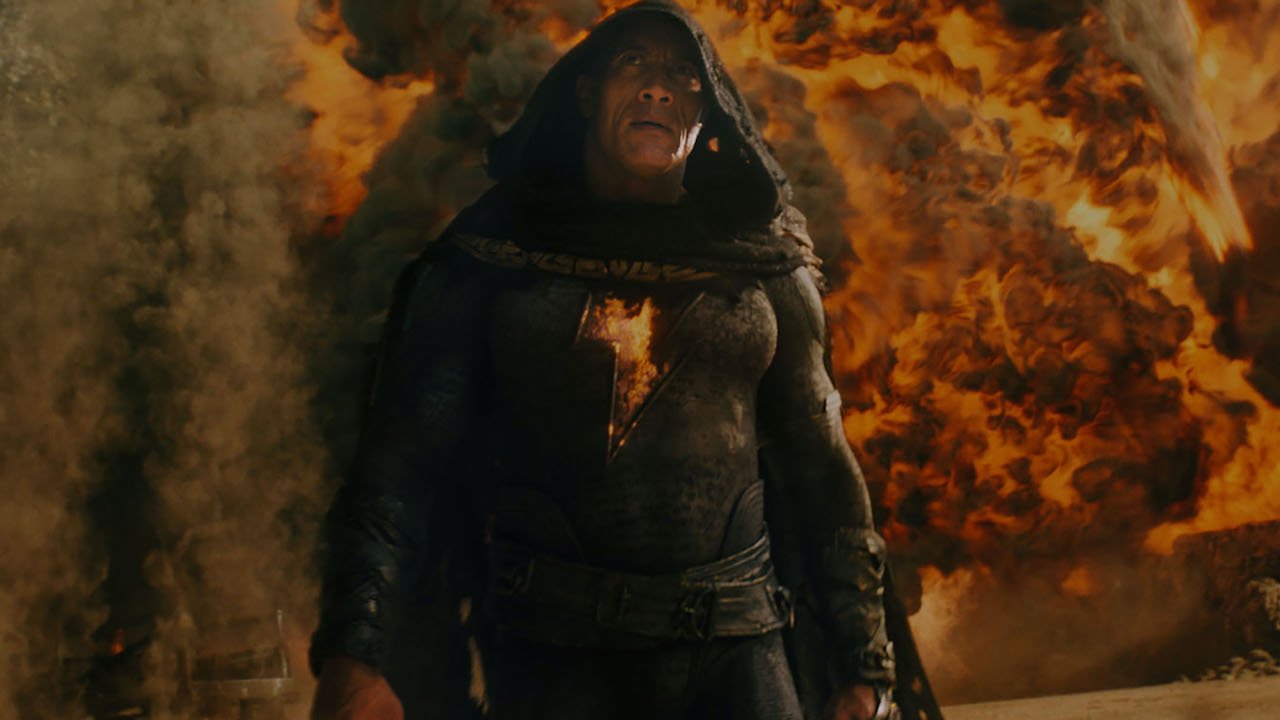 SDCC 2022 (San Diego Comic-Con, for the kids out there) is off and running. In typical fare, the two comic powerhouses don't fill the 7,000-seat Hall H back-to-back. This evening (at the time of this post) is Marvel Studios and the Kevin Feige show, but this morning belonged to DC Comics.

Hall H was teeming with excitement. We knew Black Adam and Shazam! were walking out of a lightning cloud and onto the stage. They did, and on its merit, it was great! Zachary Levi and the fam discussed how Lucy Liu and Helen Mirren will destroy Philadelphia and any ports of call they wish.

Then, Dwayne Johnson came out and “rocked” the house to a bowl of steam and a screen of crackling thunder. The lofty terms like “a new era of comics” were heard on full display, and the movie trailers were fantastic. The mood was changing, but then it dawned on the fans–at San Diego Comic-Con and around the world in front of a computer screen–that the one thing was not going to happen.

Did that ruin what DC Comics and Warner Bros. offered? It depends on the nerd you ask.

This was supposed to be the curtain raiser for the Warner Bros. Discovery (WBD) era of DC Comics, led by David Zaslav. Things were going well at SDCC 2022. Fans were eager to see how Dwayne Johnson would introduce Black Adam officially. The pomp, circumstance, and all those questions are set to be answered.

The Rock would rise from SDCC 2022's stage like an Egyptian phoenix from the ashes, and DC Comics could finally move forward. You know, “us united” sort of thing. Yet, Snyder Stans–and a few dozen irresponsible sources–won't let it go!

The rumor mill spun out of control like a wheel that lost its tread, flew off an 18-wheeler, and caused a traffic wreck involving 37 vehicles. That's the damage a rumor can make, as well as the millions who believed it at face value. One problem: It kinda started with The Rock.

The beginning of the month provided us with an errant tweet meant to hype the unknown. Instead, it inadvertently opened a door to a cheap motel room we'd all visited several times. When the #RestoreTheSnyderCut changed the Earth's orbit and gave us the version of Justice League we deserved, it was understood that a few million tweets could make anything happen.

So, #RestoreTheSnyderverse was created. It's not gaining quite the trajectory as its predecessor, but it won't stop the masses from trying. That's why some outlets went with the rumor about the misunderstanding from the tweet about the connection with Henry Cavill, Zack Snyder, and SDCC 2022.

Good times, right? Only one thing, it was never supposed to happen, which made the curtain raiser suffer in the eyes of the very fans at SDCC 2022 gathered there to celebrate it.

No Rain, No Gain

As we know, Henry Cavill never showed up at Comic-Con. Zack Snyder hadn't even planned on it. And so, you would think the Snyder supporters rioted if you read Twitter. People are blaming WBD back for letting fans down and ruining the dreams of everyone. Only, it was a rumor created by a misunderstanding and unanswered closure.

Well, the last part isn't completely true. Jim Lee tried to warn us all, but no one was having it. It's not like some freelancer blogger with a pioneering geek culture platform said so. It's Jim effin' Lee!

True, if he knew something or even just signed a contract with Zack Snyder, Jim Lee wouldn't spill the beans at a flippant press conference. That's fodder for DC FanDome, not a down-the-hall plenary workshop at SDCC 2022.

Yet, that's what all those fans in Hall H wanted, and kinda' believed, they were going to see. That's why many of the pods following DC Comics' show didn't seem as elated with the work as they should have been.

The Dark Cloud everyone wanted was there. The boy superhero was there. And yet, a rumor stole all the fun. That's a shame because we have to allow Zaslav and WBD to bury those dead bodies and make their path for us to follow. There was a serious detour with the Justice League, but more justice will come.

The Rock was correct. The hierarchy of power in the DC Universe is, indeed, changing. It's time we allow it to happen.