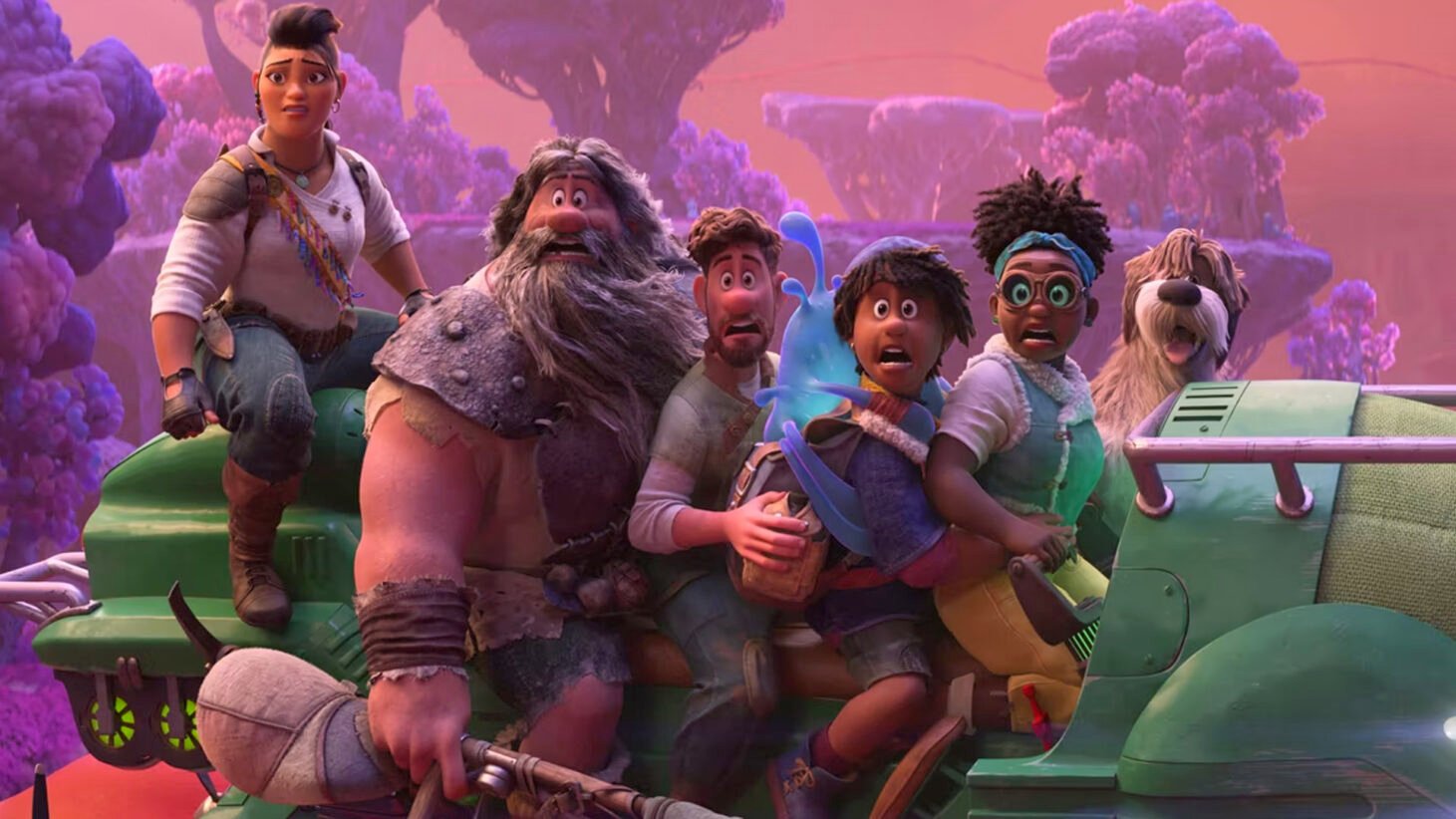 Strange World is the latest movie from W

alt Disney Animation Studios; their 61st film overall! It's an adventurous story that has an important lesson, but comes at the cost of predictable tropes.

Journey to the Center of the Characters

The movie follows a family embarking on a journey to a land they've never seen before, filled with unique creatures. The film stars Jake Gyllenhaal, Gabrielle Union, Jaboukie Young-White, Dennis Quaid, and Lucy Liu. The cast does a decent job in their roles. Their chemistry together has some shining moments, but unfortunately they aren't shown quite enough. Even though some characters are highlighted, others are pushed aside and fall flat. Learning more about these characters and their motivations would have improved the viewers' attachment to them.

However, it is very refreshing to see such diverse characters throughout the film. There is a lot of representation present in this movie, which Disney seems to be heavily focusing on more

. Similar to Raya and the Last Dragon and Encanto, viewers of different communities will feel represented and accepted through this movie.

Creatures from the Deep

When the teaser trailer for Strange World came out, it felt like a B monster movie. The creatures in this strange world all have unique designs. As friend of the site Kofi Outlaw of Comicbook.com notes, the inhabitants of the weird world aren't as fantastical as the creatures in Avatar‘s Pandora or as imaginative as the designs in Soul or Inside Out, however the models are creatively distinct from other Walt Disney Animation Studios films.

The animation and design that went into the beings and look of this world are distinct. It truly is a world that can't be compared to anything we've seen before. It would be interesting to see if any of the Disney Parks try to recreate this space. Sean Jenkins, Head of Environments for this film, spoke with Comicbook.com about the difficulties of creating this extraordinary land.

“It's totally its own world that you've never seen before,” “…when anything can be anything…you don't have anything hard to kind of push against to try to figure out what it should be.”

As visually appealing as this movie is, the narrative feels too predictable and unoriginal. The conflict between the characters is contrived. Disney is typically known for delivering on emotional moments, but the writing just doesn't stick the landing.

Strange World fits in the early 2000s era of Walt Disney Animation Studios. It has the adventurous appeal of Atlantis: The Lost Empire and Treasure Planet, but lacks the modern charm we've come to expect from Disney. However, the moral that the movie tries to teach its viewers is necessary and important to discuss.

Looking Beyond the Horizon

Ultimately, Strange World isn't one of Walt Disney Animation Studios' best, but there are some positives that make it noteworthy. Whether you watch in theaters or wait for it to make its way onto Disney+, this is a film you shouldn't skip out on.

Let me know your thoughts on the film on Twitter, and be sure to follow our socials for more coverage of different pop culture content! Don't forget to subscribe and hit the notification bell on our YouTube channel for notifications about new livestreams, interviews, reviews, and breaking news.