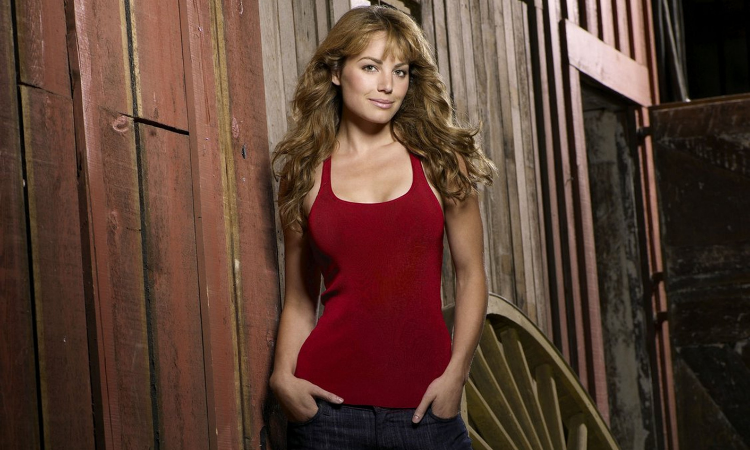 The Saskatoon Expo made it’s return this year after a break caused by the pandemic. Among the guests, was star of Smallville, Lois Lane herself, Erica Durance. Although the Expo wasn’t scheduling in-person interviews this year due to the Covid, I was luckily able to chat with Erica. Not only was she kind enough to sign my Smallville and Superman & Lois comics, but we had a nice conversation as well.

Erica Durance on her Love of Fandom

Erica Durance is no stranger to comic books fandom. After starring in Smallville as Lois Lane, she dawned the role of Alura Zor-El in the CW’s Supergirl. Now with talks of a Smallville animated series in the works, it’s clear Erica is drawn to these roles.

As a little girl I read comics, I fell in love with the idea of someone out there with super powers, always doing the right thing, helping those in need.”

There is no hero that embodies those traits quite like Superman. One of the strongest heroes there is, with his moral compass being the only match for his power set. However, even Superman can’t get things done alone. Insert Lois Lane. I was blown away by the impact Erica Durance and Tom Welling have had on these classic characters. The amount of Clark and Lois Smallville “ship” and “comfort” accounts out there rival any fictional couple. When I brought this up to her, Erica was shocked they’re still going, but proud:

Being that Smallville is an origin story, people got a chance to fall in love with Clark and Lois at a younger age, it gave them a chance to grow with the characters.”

Erica also credited their success to the creators of the show, and her chemistry with co-star Tom Welling:

There was so much banter and conflict, people love to watch that push and pull. As actors, Tom and I just got along so well, we approached work the same way. Even though we’re very different people, we understood how each other worked. We had a lot of fun and respect for each other, and I think that shows onscreen when you really enjoy working with one another.”

The character has been depicted in many different ways. From an independent Pulitzer-winning journalist, to solely the love interest of Clark Kent. Thankfully, Erica was passionate about playing a Lois Lane that was more than a damsel in distress.

I was allowed to be less of a victim, take care of myself more, but I am still romantic enough that I enjoy the Clark & Lois bits as well.”

Erica also complimented Bitsie Tulloch and her portrayal of Lois Lane in the current CW rendition of Superman & Lois. The role means a lot to Erica, and she shared how exciting it was from Season 8 of Smallville and beyond, where she really got to show off her acting chops. In addition to being beautiful, strong, and intelligent like the role she embodies, Erica, like Lois, is a Mom.

When we last saw Smallville’s Lois and Clark, they were parents. I asked Erica how she thought Lois would be doing as a mom to their daughters:

You see her in that scene (in Crisis) and she’s like ‘Hey Smallville, get in here and help’, and I think you see they have the same problems as any other parents… I’m sure Lois still wants to get out and go to work, but back at the farm with Clark and the kids, she’s in her bliss.”

It’s always incredibly refreshing to see celebrities who take on the roles of our most beloved characters be genuinely great people. Erica was so kind, not only to me during the interview, but to all the fans at the Expo. Fingers crossed that the Agents of Fandom will be moderating her panel, the next time Erica is in Saskatoon. For more information on our conversation, tune into our podcast.

CHECK OUT THE AGENTS OF FANDOM ON APPLE, SPOTIFY, YOUTUBE, OR WHEREVER YOU GET YOUR PODCASTS.