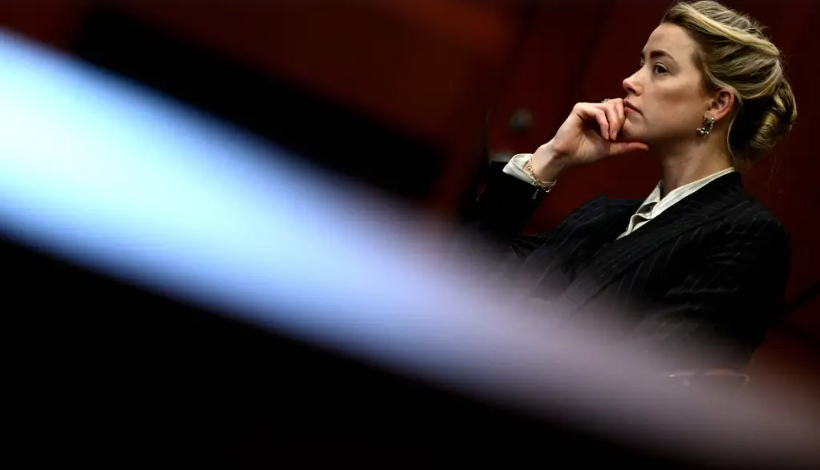 A lawsuit and Amber Heard make news together these days like PB&J, pro sports and baby daddies, or WT and F. Now, her insurance company is suing her. While they are filing this legal grievance, New York Marine and General Insurance Co. are refusing to pay Johnny Depp‘s scorned (and nearly broke) ex-wife $1 million.

According to Law & Crime, the insurance company's lawsuit against Amber Heard is a three-pronged approach of “suck it”:

Ever since the jury came back with its guilty verdict against Amber Heard, she has been spending the better part of a month figuring out how she's going to pay Depp millions of dollars for defamation.

And, while she drags her feet on that issues, her cracked legal team are seeking to appeal the ruling on the grounds of “improper juror service.” Jurors serve and pass a decision. That's how it works. But there's the legal team saying they never did.

(These are college graduates, folks.)

Amber Heard Nothing in Court

A jury of her peers busted Amber Heard and is forcing her to pay Johnny Depp $15 million. She's clamoring that the money is not in her piggy bank. She earned $1 million for Aquaman and probably made double that for its sequel. A court also awarded Heard a $7 million settlement following the 2016 divorce.

Seeking PR brownie points, Heard said she would donate half of that money to the ACLU. So sweet. Seven years later, only half of that half has been donated ($1.3 million). A girl needs to live, you know?

Heard fabricated complaints against Depp, which cost him several gigs including as Captain Jack Sparrow. Turns out, she allegedly abused him and lied about him in that infamous 2018 op-ed she placed in the Washington Post.

Following that news, her insurance company refuses to pay for her legal trouble. Their premise aligns with California insurance law and provides a loophole the size of a flaming hula hoop that reads:

Although an insurance company may be liable for an insured party’s negligence, ‘an insurer is not liable for a loss caused by the willful act of the insured.'

In summary, Heard acted “willfully with malice” to get Johnny Depp in considerable trouble. That's why New York Marine refuses to indemnify Amber Heard. The Law & Crime story shares New York Marine shielded her with a $1 million policy from July 2018 to July 2019. For the chronologically impaired, that's Aquaman marketing time.

Then came this persnickety lawsuit that is costing Amber $6 million in legal fees–and that's separate from the defamation suit.

What can we gain from this legal mishap? Three things: