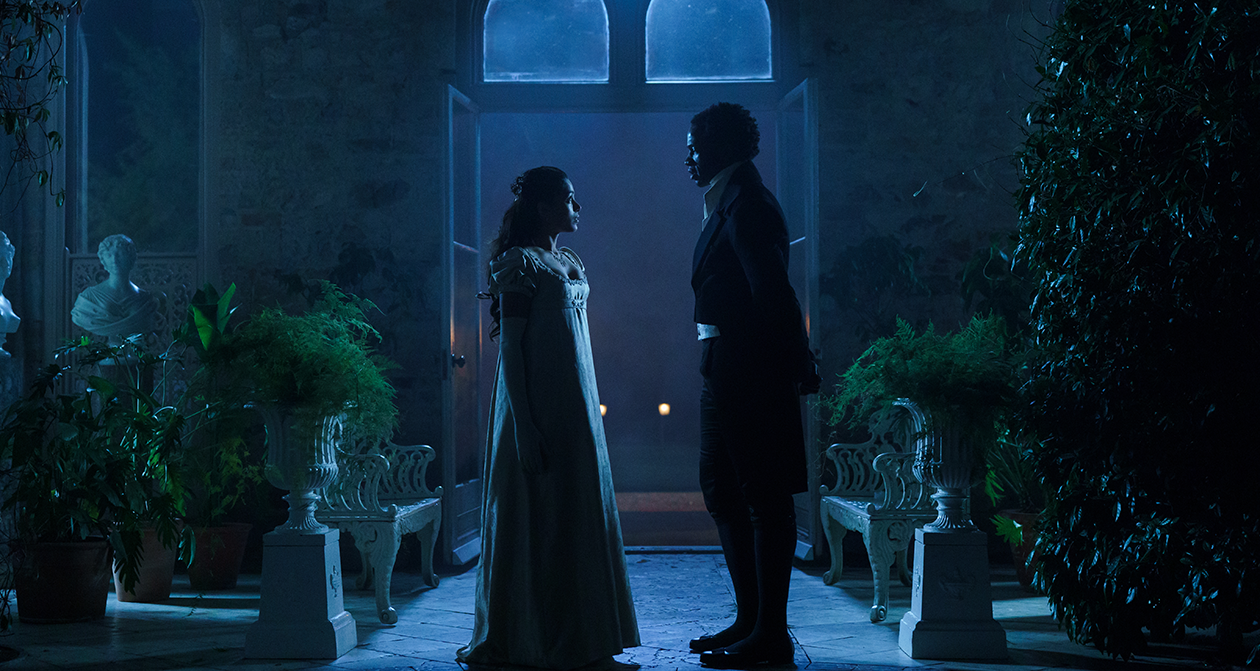 Released last week, the Regency Era-styled film Mr. Malcolm's List started in select theaters around the country. The story begins in early 1800s England, where Julia Thistlewaite meets her friend Selina Dalton at an all-girls boarding school. Jumping to 1818 the girls, now women, begin their journey into adulthood. Julia (Zawe Ashton) wants what nearly every woman of this time desires: love. She meets the enchanting, but somewhat arrogant, Lord Jeremy Malcolm (Sope Dirisu). It all goes wrong when Mr. Malcolm decides she isn't the one for him, and inadvertently embarrasses her publicly.

Of course, Julia then enlists Selina (Freida Pinto) and her cousin Lord Cassidy (Oliver Jackson-Cohen) in a little game of stylized revenge. Not unlike a Taylor Swift song come to life. Shenanigans ensue, as we could only hope, in this elegantly fun film based on the novel by Suzanne Allain.

With the rising popularity of shows like Bridgerton, it is no wonder movies like Mr. Malcolm's List, set in the similar Regency universe, became big screen ready. Streaming entertainment in general took flight in the pandemic, where escapism was, and is still, essential. What is also essential is the casting of Black British actors for more prominent roles. These roles provide positive representation that doesn't involve slavery or servitude. History seems to dictate that people of color in general held less stature. Let's face it, whitewashing history is nothing new. Nothing new nor even limited to Hollywood, or even the United States. So who is to say that these portrayals are entirely inaccurate?

Realism doesn't even need to factor in these recreations. Plenty of ways exist to apply historical fiction to 1800s England, allowing audiences to enjoy the pure entertainment value. In Mr. Malcolm's List, there aren't many references to historical events. The details that appropriately characterize the time period are costuming, scenery, and dialogue. Additionally, the cast does a fantastic job of capturing and maintaining the Regency Era spirit!

Mr. Malcolm's List is full of light and alluring themes of love, friendship, and family. It is refreshing to see such diversity with a talented cast, proving there is truly a creative place for everyone in theater and entertainment in general. The best thing about historical fiction is the ability to take imagination to the next level to create new stories of eras past. Audiences who enjoy Regency Era romances or Jane Austen will find this movie a real treat!

UP NEXT: Marcel the Shell with Shoes Review – A Wonderful Journey of Discovery