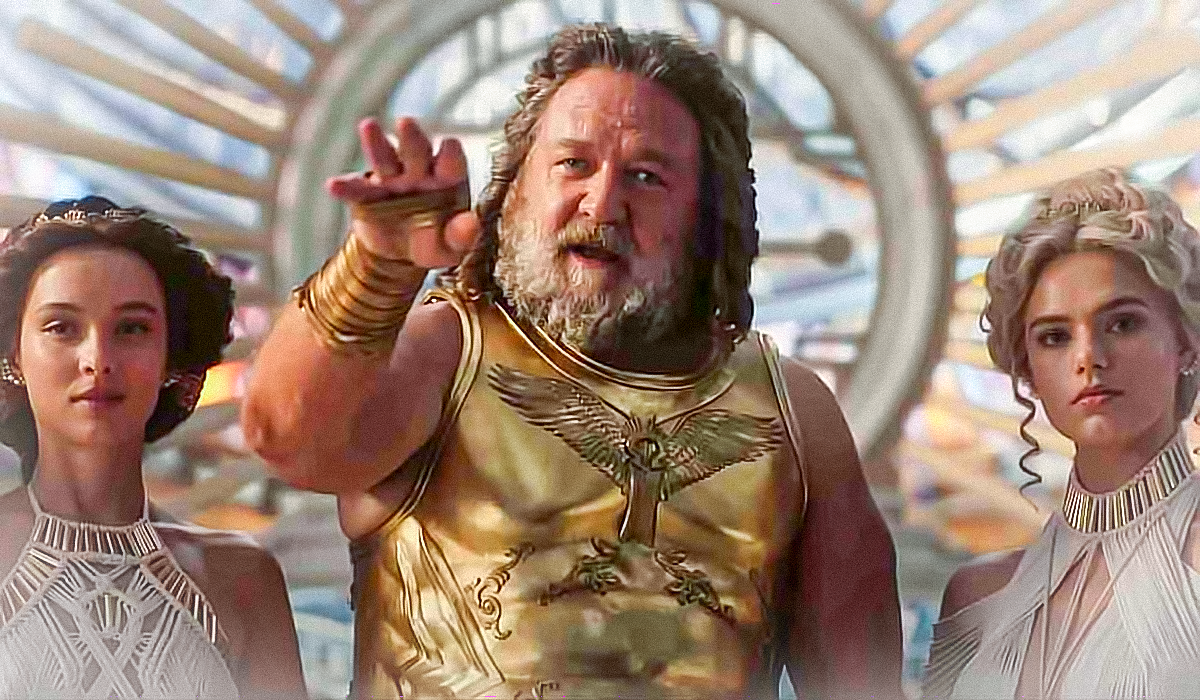 *WARNING: If you did NOT see Thor: Love and Thunder, SCROLL NO FURTHER. Spoilers ahead!*

The subtle surprises and unpredictability of Thor: Love and Thunder provide fans with an exciting movie-going experience. Couple this with the confirmation of popular post credit speculations and audiences are happy. With that being said, it wouldn’t be a Marvel movie without at least one post credit scene. Lucky for us, there are two. As Phase Four continues to roll out, and the cinematic universe expands, Marvel introduces some of the most iconic and divine beings ever known. Thor and Loki have way more competition than any of us realized.

Send In The Cavalry

If you’ve seen Thor: Love and Thunder already, you’d know that Thor not only attempted to kill Zeus with his own weapon, but he actually stole said weapon in the process – Thunderbolt. Talk about a great first impression. As one might imagine, Zeus is not too thrilled. So he does what any God with his might would do; send his son to sort the problem out.

The first of two post credit scenes at the end of Thor: Love and Thunder introduces Hercules, the son of Zeus. Hercules is played by Brett Goldstein, best known for his role in the hit television series Ted Lasso. It’s an interesting choice to say the least, but I am beyond excited to see what Goldstein can offer in his role as Hercules. His quest for vengeance is not only targeting Thor, but all of New Asgard. I think it goes without saying that if Hercules battles toe to toe with the God of Thunder, it would not end well for him; especially now that Thor’s faith in love is restored.

A Mighty Exit For A Mighty Thor

Speaking of love, the “death” of Jane Foster struck pain in the hearts of the Thor and Jane shippers. I say “death” like this because in the second of two post credit scenes we see Jane again, and she is completely healthy. The camera pans over to another familiar, and supposedly “dead” face, Heimdall. These Asgardians sure know how to fake us out. We find them in an unfamiliar new plain, known as Valhalla, which is mentioned several times throughout the film. Could this potentially be a hint at bringing these key players back into the mix? If this happens, who else could be introduced in Valhalla? Now that Loki has died and come back more than three times in the MCU, I feel like anything is possible. It's safe to say, I don’t think we’ve seen the last of Mighty Thor, not one bit.

In Feige We Trust

At the end of the day, a post credit scene is meant to spark conversation. In this case, both were a success. Both are executed beautifully, and foreshadow so many potential outcomes. Regardless of the result, the MCU is continuously expanding, and has touched grounds that I had no idea was even possible. We’re here now, and it’s great; in Feige we trust.

UP NEXT – Thor: Love and Thunder – The Latest MCU Success