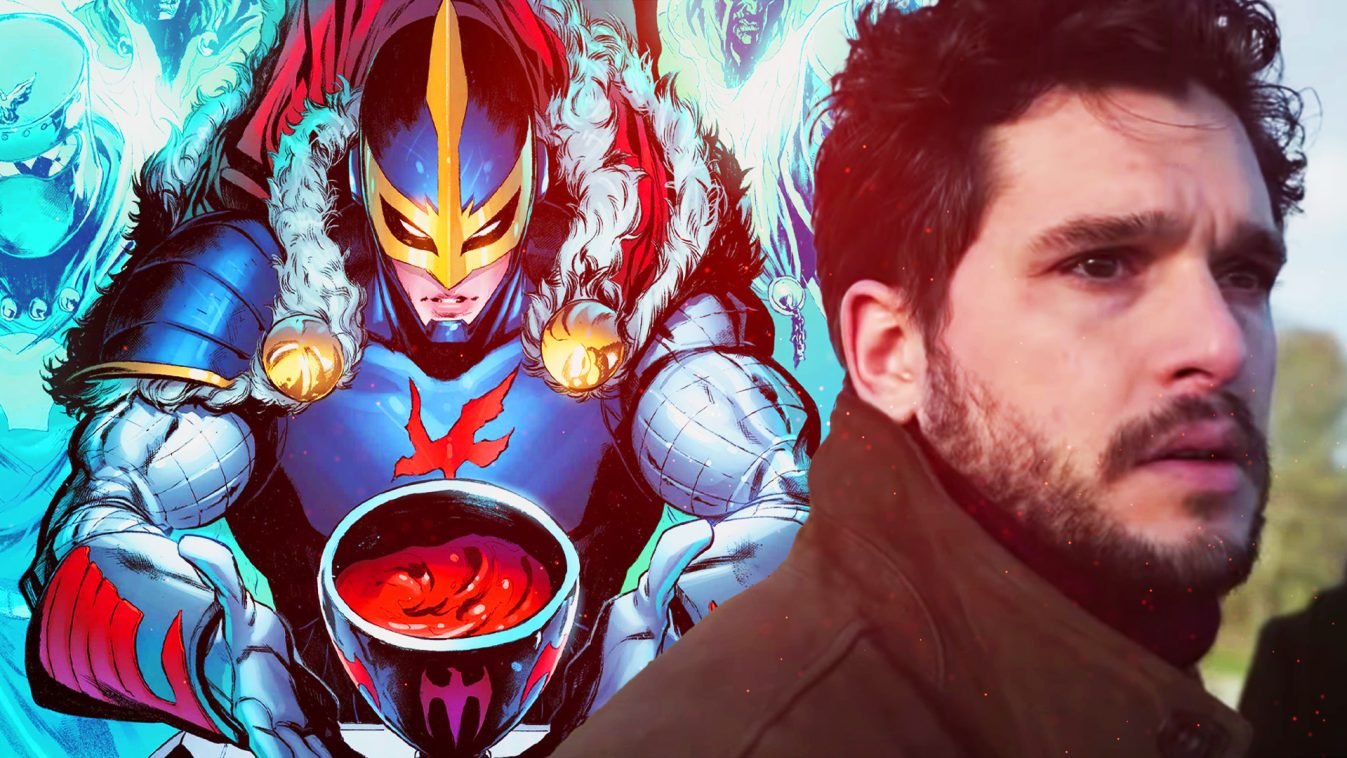 Dane Whitman didn’t get near enough screen time in Eternals. Luckily, we will surely see more of the Black Knight in future projects. Viewers couldn't help but want more of Kit Harington when the credits started rolling. With an actor this prestigious, he wouldn’t be in the MCU for such a small role, surely? As the credits concluded, loyal fans received exactly what they were hoping for. Although Harry Styles headlined the scenes halfway through, the post-credit belonged to the Black Knight.

The Ebony Blade and the Black Knight

While this may not be an issue for Dane, he isn’t the first person to wield the sword. The Ebony Blade and the mantle of the Black Knight have complicated histories which are sure to be explored at length in the future of the MCU. The sword was created by the legendary wizard Merlin as a dark counterpart to Excalibur. Death and destruction have consistently accompanied the Ebony Blade and its wielder throughout space and time.

Ready (sort of) to embrace his destiny, we see Dane Whitman hovering over a closed chest. Nervous as can be, Dane knows that to remain close with Sersi and become a hero, all paths lead to the Ebony Blade. When he opens the chest, mystical voices engulf his ears and ours. Dane examines the Blade, running his hands over the top of it, primed to wield this legendary weapon. Before he manages to find the courage and grab the sword, the biggest surprise of the movie causes the theater to erupt.

“Sure you’re ready for that, Mr. Whitman?”

The screen cuts to black and half-man, half-vampire Blade is officially in the MCU. I truly wish I would’ve recognized the voice of Mahershala Ali during my first viewing in the theater. While I was seated, I personally thought I heard The Watcher, with those around me claiming they heard Nick Fury. It wasn’t until I walked out and texted my Agents of Fandom cohost Garrett Blaney that he clued me in to the exciting reality.

While this had previously been announced by Kevin Feige, hearing his voice on screen for the first time after Eternals was an exciting first reveal. The Black Knight and Blade have connections in the comics, so it stands to reason they could be partnered up in the MCU as well.

Don’t forget to subscribe on Spotify and Apple Podcasts! If you subscribe to Apple Podcasts, rate 5 stars, and leave us a nice review, you’ll be entered into one of our fantastic giveaways!