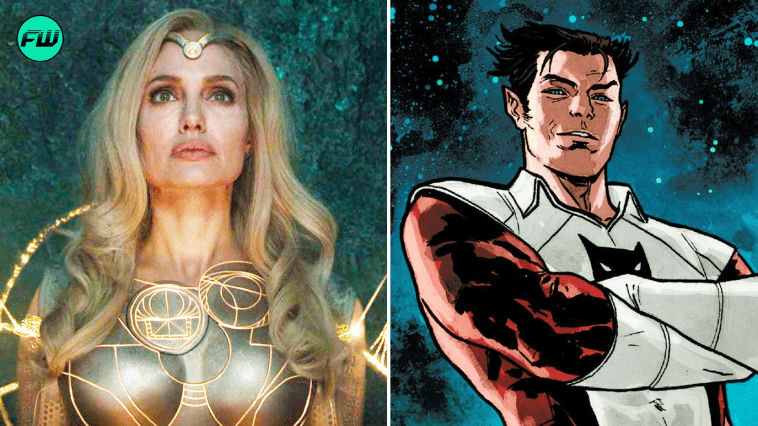 Eternals was a polarizing film with conflicting reviews ranging from top-tier MCU film to complete bust. Even though certain media outlets spoiled the Eternals mid-credit scene, the scene still provided plenty of excitement. Throughout all the pandemonium, comes confusion. Hopefully, all that can be cleared up.

The following article will contain spoilers for Eternals.

The film concludes with the surviving Eternals Thena, Makkari, and Druig heading off into space to search for other Eternals. The three converse in the Domo, hampered by the fact they've yet to find what they're looking for, with Arishem the Judge looming in their future.  Just as all seems lost, a flash of light shines into the ship. Pip the Troll, voiced by Patton Oswalt, waddles into the frame for a glorious announcement. Brother of Thanos, the Great Adventurer Eros has arrived to greet his fellow surviving Eternals.

As Harry Styles smoothly strutted on screen, the world's worse kept secret was confirmed. Despite the large trade outlets ruining the reveal, Styles perfectly encapsulates the charm required to play Eros, AKA Starfox. Styles' character immediately flirts with Thena, not missing a beat from his comic self. After their brief exchange, Eros offers aid to the Eternals. Suggesting he may know where to find their friends, Eros seems to be on the side of our friends. Surprisngly, Starfox, like Sersi and Ajak before her, had a golden communication phere given to him by the Celestials.

Created by Jim Starlin in the 70s, Eros of Titan is among the strongest and most charming of the Eternals. Referred to by Pip as the “Prince of Titan”, Eros is depicted in Greek Mythology as the God of Love, and in the Marvel Universe, as the brother of Thanos. On top of his regular abilities as an Eternal, Starfox’s powers include the control over others’ emotions. As you can imagine, this has led to an incredibly problematic comic history. Usually carefree, Eros typically will only grow stern upon conflict with his older brother, Thanos.

Eros and Pip the Troll both have various connections to important characters in Marvel lore. Adam Warlock and the Guardians of the Galaxy are connections that could bear immediate fruit in upcoming projects. Although the reintroduction of Thanos-related stories can't be ruled out, the arrival of a new Marvel Cosmic powerhouse feels inevitable.  Pip the Troll and Eros both have connections to the Silver Surfer in Marvel Comics. With upcoming powerful Celestial foes in their path, all signs point to our Marvel connecting with the Silver Surfer.