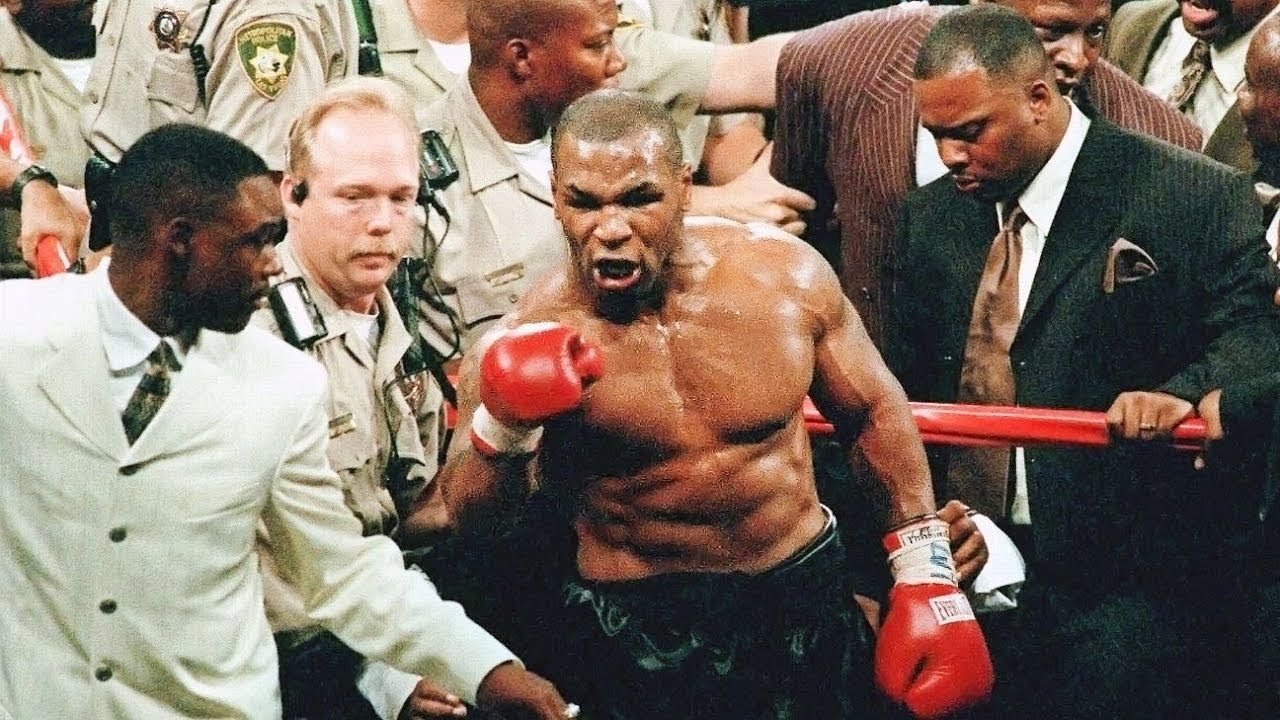 No one liked him when he was angry! (Credit: Lennox McLendon/AP)

While you were having Sunday dinner, Mike Tyson went all “Hulk Smash” on Hulu and accused Big Green of “stealing” his life story for a new biopic series. Oh yeah, he also compared Hulu to a “slave master.”

The upcoming, eight-episode series on Hulu, entitled Mike, caused Mike Tyson to blast the streamer via Instagram. Most importantly, he accuses Hulu of “stealing [his] life story.”

Um, Hulu? You may want to get Showrunner Steven Rogers a few (dozen) Ring doorbells or something at his house. Mike is coming, and it ain't about Trick or Treat!

This is Your Life?

Other than Hulu needing to hire someone who is better at naming their series (Mike?! What a stroke of genius), they may want to call an attorney. Those are fighting words from the former champ. Mike Tyson accused Hulu of theft of IP, slander, and a few other charges they may see in their mailbox soon.

The series, featuring Trevante Rhodes (Moonlight, If Loving You is Wrong) as Mike Tyson, is from the same team that produced I, Tonya. Given the pedigree, the series tracking Tyson's childhood to adulthood journey should be a fascinating portrayal.

According to Tyson's account, Mike may have been inspired by his life, but the series was made without his blessing or permission. And, just in case the team didn't get the memo from Instagram, he took to Twitter for another grievance.

To be this hot over a biopic (movie or series) warrants attention. One of the most visible red flags fluttering in the wind is Rogers admitted people involved with Mike didn't speak to the boxer because “Tyson's life rights had already been sold.”

That's because the Iron Mike's story was already given the thumbs up to Antoine Fuqua (Training Day, Southpaw). He is directing Jamie Foxx in another limited series that features Martin Scorsese as executive producer.

During a panel last week at the Television Critics Association, Rogers shared that without Mike Tyson's direct insight, this series on Hulu is more like a jigsaw puzzle scattered on the floor.

For me, as a writer, as a storyteller, I don’t really like to be reliant on just one source. I really like to do the research and get all these different opinions and then put a story around all of that. I don’t like to be beholden to just one person.

The Other Mike Tyson Story

This isn't the first time Mike Tyson went to social media to pimp slap Hulu. Before this, he was a little more reserved but still had some heat to share about his buddy (and president of UFC), Dana White.

Hulu tried to desperately pay my brother Dana White millions without offering me a dollar to promote their slave master take over story about my life. He turned it down because he honors friendship and treating people with dignity. I'll never forget what he did for me just like I'll never forget what Hulu stole from me.

White has always been a loyalist to Mike Tyson. When he turned down the money, that should have been a warning that this series wouldn't smooth over well. Despite the denial, Hulu went ahead with production via the aforementioned “clean this crap off the floor” approach to filmmaking.

Now, if you are a pugilism enthusiast or enjoy most sports, you know Mike Tyson, the world's youngest (and former) boxing heavyweight champ, is known for having a skosh of a temper. If you don't know, here's how “Iron Mike” got notoriously psyched for a bout with Lennox Lewis.

Per the show's official synopsis, Mike “explores the tumultuous ups and downs of Tyson's boxing career and personal life — from being a beloved global athlete to a pariah and back again.”

Look up the Hulu marketing collateral tagline: “You may know Tyson, but do you know Mike?” Based on this social tirade, Hulu doesn't know Mike either. But, wait a minute, that could change under subpoena or knocking someone's block off, whichever comes first.

Step aside, Hulk. Trust us, Hulu. You won't like this dude when he's angry, either!

Mike will be released exclusively on Hulu, August 25.