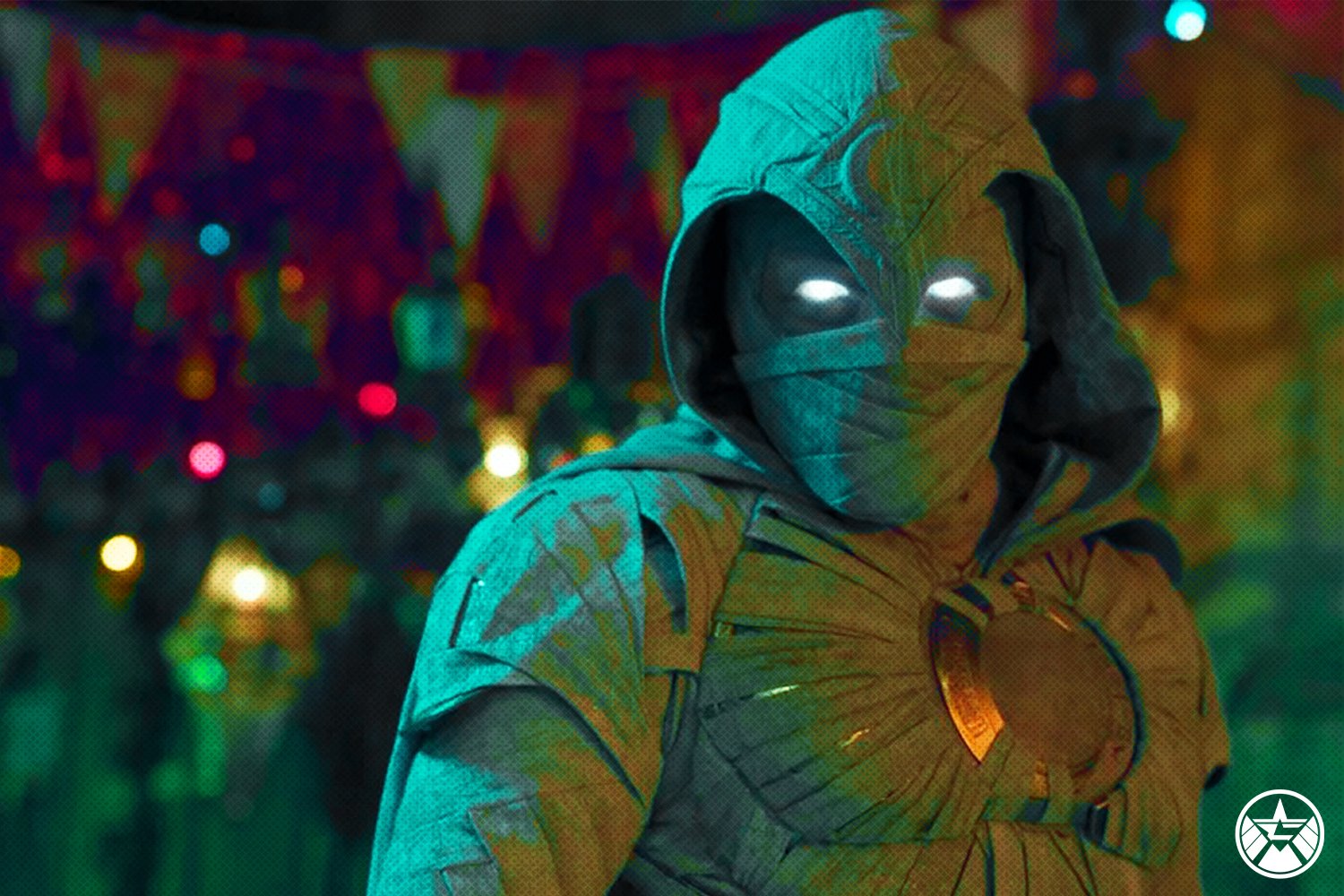 The Moon Knight era has finally come to a close… or has it? Has Marc Spector (Oscar Isaac) moved past his fulfillment of the Moon Knight avatar, or is he still holding on to what Khonshu (F. Murray Abraham) has to offer? Interestingly enough, the finale still leaves these types of questions unanswered. But there is something that the finale, and the show as a whole, does leave with us in the end: the power of choice.

In episode 5, we saw Marc leave his alter ego Steven Grant (also played by Oscar Isaac) behind to turn to sand among other souls in the Duat, or one of the many Egyptian afterlife plains. Seemingly leaving behind that part of his being. The part of his being that consistently reverted back to being unable to confront trauma head-on. One of the best moments in episode 6 of Moon Knight comes when Marc decides to leave the Field of Reeds, a place in which he gets to experience the peace he had always wanted and never known, to go back and rescue his alter ego Steven.

“I survived because I knew I wasn't alone” he whispers to the sand statue. This line. This emotion. This moment is the crucial moment in which Marc chooses acceptance of who he was, is, and will continue to be. The choice of self-love is one that Marc was consistently searching to make throughout the series, only to be able to finally make it in the final episode. An important choice in the growth and maturity of a character we've been rooting for since the very first episode.

One of the single coolest moments of the episode, and the show as a whole, was the reveal of Layla (May Calamawy) as an Egyptian superhero as she takes on being the temporary avatar of the goddess Taweret. After much discussion and dissent with Khonshu about becoming his avatar when Marc is dead, she decides to allow Taweret to work through her. This choice not only leads to a pretty rad and eye-popping outcome, but it is also the ultimate decision that allows Moon Knight to resurrect and fight off Arthur Harrow (Ethan Hawke) and Ammit (Saba Mubarak). The build-up to making this decision, with episodes of questioning Khonshu and Egyptian gods in general, made it quite impactful. In relation to the massive, scaled CGI battle happening simultaneously, this grounded battle was a refreshing and fun team-up for her character and Moon Knight. What does the future hold for Layla and her new abilities? Only Taweret knows.

At the end of the episode, we see Moon Knight faced with the biggest decision of the series yet: To kill both Harrow and Ammit and fully give in to his Moon Knight persona, or to let them live and risk not being released from Khonshu's grip. The consistent thematic core of making choices builds weight and importance for this moment. It gives Marc the true opportunity to own who he is, another heavy theme shown throughout the series.

The deeper meaning of this show can continually be peeled back like the skin of an onion. There is always something more to our character, our hero, and our show. While his final decision is to let Harrow live and force Khonshu to let him go, he makes it with power. With purpose. With confidence. He demands to be set free of this living nightmare and to return to whatever his “normal” life is. His choice to stand up to Khonshu is one of gravitas and purpose in the beautiful landscape of this character.

Whether by choice or by force, Marc returns as his long-awaited alter ego Jake Lockley in the post-credit scene of this episode. In what was a tonally dark and violent scene, Khonshu calls upon Jake to steal Arthur Harrow away from the institution where he currently resides and shoot him down in cold blood. In what is reminiscent of an '80s mob movie, Jake does so without hesitation.

Khonshu reveals he never wanted Layla for his avatar, especially not when there's an entirely different level of Marc Spector to unlock. This has been Khonshu's cheat code in sticky situations throughout the series. What we thought were moments of next-level vengeance from Marc Spector/Moon Knight throughout the series turn out to actually be the swift work of Jake Lockley.

The choice Khonshu has made throughout the series to gaslight Marc into re-upping the Moon Knight mantle again and again now makes sense on a deeper level. The choices of selfishness and violence are at the forefront of the Egyptian god's mind. Every moment of the show is guided by the overarching theme of choice. And as Khonshu says, he allows people to choose to commit evil deeds before they are judged.

Are you hoping for a season 2 of Moon Knight? Check out our episode 5 review of the show as well!