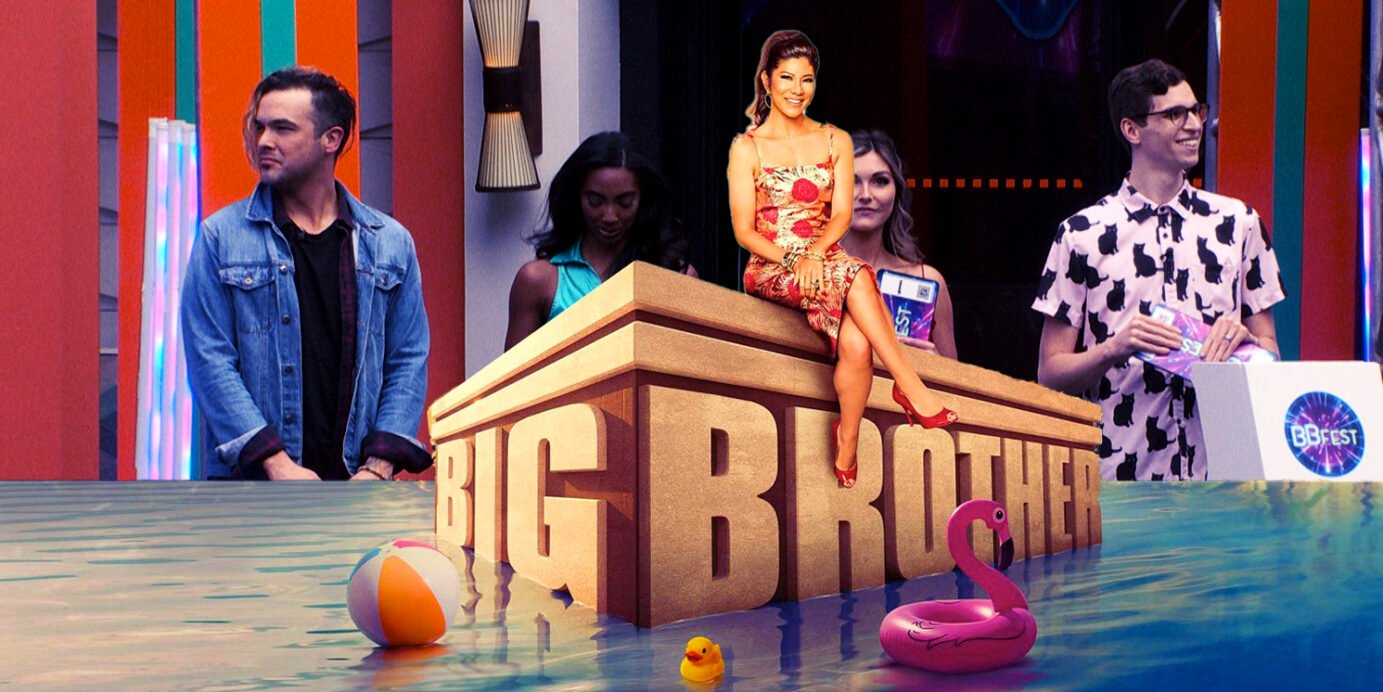 On Wednesday night, another hot summer of reality TV began with Julie Chen Moonves throwing more fuel on the fire of excitement with her signature “Expect The Unexpected” promise for Big Brother Season 24.

We got to meet the cast as they entered the Big Brother House in groups of four and I’m already forming my lists of favorites. Of course, that often changes for me as new Big Brother episodes come out on CBS each Sunday, Wednesday and Thursday. Still, I remember my initial thoughts on Season 16 never faltered. From the very start, I was on team Derrick Levasseur. Loved him and Cody as The Hitmen alliance. Maybe the same will happen this season. Alternatively, I will crash and burn similarly to how I did in Season 13. I put Rachel Reilly in last place of my rankings and she ended up winning. So…We’ll see.

The only reason I ranked this way is three of them were given backstage passes by Pooch, the Big Brother Backstage boss, which leaves them at a huge disadvantage for this week. They cannot compete, cannot vote on eviction night, and they can be evicted. The odds of one of them being sent home are very high IMHO. Still, whoever makes it through the next eviction might come out strong and move up in these rankings. It’ll take finesse to survive in Big Brother, which I feel each of them has.

Being the backstage boss in Big Brother has already put a target on his back since he cannot be voted off on the next eviction. But he also can’t compete or vote, which is a big negative. I like his energy and believe that he can turn things around for his game.

She mentioned being a beauty queen in the intros the other contestants got to see. Not sure this is a good thing as has been seen in other seasons. Since she can compete and vote, getting into an alliance should be easy.

I like Jasmine but she went out early in the Porte-Potty comp. If Brittany survives the first elimination and the two of them can bond over the Atlanta connection things could change for Jasmine in a big way.

Being the oldest contestant sometimes hurts early on in the Big Brother house. But Terrence has a great vibe and if he can connect and avoid being seen as a threat, he will go far.

Very dynamic personality and clearly knows how to navigate strong personalities. She’s in the middle for now for me, but I can see her rising fast in the list depending on who she bonds with.

I can see Kyle lasting for several weeks given his silly nature. Remember, the Big Brother house has to entertain itself as there are no TVs, no Internet, and no music. He could use this to his advantage.

I have a gut feeling about Ameerah with her talents in content design. Most of the houseguests are in their 20s, so just being thirty-one she likely will be able to bond with the younger and older houseguests equally. I’m hoping she’s sly like a fox and stays under everyone’s radar.

Chill and Warm, that’s how I feel about Turner. In addition, Turner sharing about living in a van for 2 years will engage his other housemates to ask more questions. More questions tend to mean more engagement. I like his chances.

I immediately was drawn to Micheal. I expect him to make it far, maybe even to the final three. However, Michael will have to navigate carefully as he’ll be seen as a threat early on I believe. Especially, if he becomes part of a duo or trio. Keep those alliances secret!!!!

She’s got such charisma and style, which may put a target on her due to the intimidation factor. My advice would be for her to link up with Michael on the sly with the LGBTQ connection but then in front of other houseguests act antagonistically toward him. Michael could take the other side of the house and she takes the rest. Meet up in secret or even use code words to pass info. However maybe… I’m getting way ahead of myself. Although I just met these people, one can hope. Big Brother is so much fun.

Man, I like this guy’s chances. He’s got the trifecta. Good looks. Brains. Charisma. I hope he doesn’t come on too strong early. I’d rather see him linking up with others and pulling their strings without their knowledge. In addition, he’s a defense attorney. Therefore, I’m thinking he will make it to Big Brother's final 3.

Like Joseph, Monte seems like a triple threat to me. If he can keep the target off of him during the upcoming weeks, my money is on him to win the whole thing. Imagine him, Joseph and Daniel forming an alliance.

Finally, we have Daniel. He’s the Head of Household (HOH) in Big Brother and according to Michael that really increases his odds of winning the whole thing. However, I’m not so sure. It definitely is a leg up early on in the competition.

More on the Cast of Big Brother 24:

Lee Swift competed in Season 2 of The Circle on Netflix.

For more Big Brother and Reality TV content, check out Ticket 2 Reality, now streaming wherever you get your podcasts.