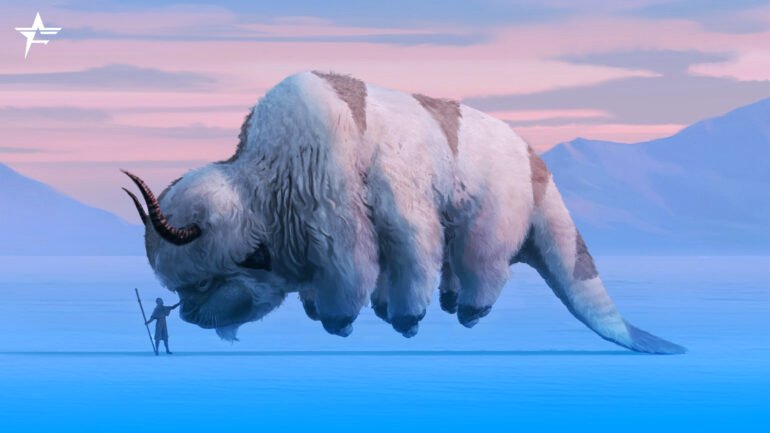 I’m optimistic about Netflix’s adaptation of Avatar: The Last Airbender. Dang, that feels good to say out loud. And scary. Listen, I still will go into this show as a long-time fan of the franchise and be critical. However, there is one thing that is keeping me hopeful for when this show eventually makes its way to our screens.

Avatar The Last Airbender: The Cast

Last week, Netflix officially unveiled more of the cast for their live-action adaptation of Avatar. Arden Cho is set to play the bounty hunter June, while Uktarsh Ambudkar is billed as Aang’s longtime friend, King Bumi. George Takei fits perfectly as the face-stealing spirit Koh and Amber Midthunder, star of Prey, is selected as Princess Yue. James Sie is cast as the Cabbage Merchant, with Momona Tamada as Ty Lee, and Thalia Tran as Mai. Danny Pudi rounds out the new castings as “The Mechanist,” the engineer who first appeared in Season 1, Episode 17 of the anime. While some of these were already heavily rumored, like Amber Midthunder as Yue, this adds to the already extensive cast the series has laid out such as Gordon Cormier as Aang, Kiawentiio Tarbell as Katara, Ian Ousley as Sokka and Dallas James Liu as Zukko.

While I, like many ATLA fans, try to forget the existence of the 2010s The Last Airbender, there are lessons to be learned from it. Many point to the poor pronunciations of the characters’ names or the horrid special effects of the bending on the silver screen. But the issue that stands out more than anything was the predominantly white cast in a story that, honestly, had little to no white characters in it. For the ATLA story to be told properly, and correctly, you need a cast that reflects the cultures on display in the original animated show. This adaptation has already taken a step in the right direction.

However, if you are a fan of the series, you may have noticed something different with the castings from the original first season of the show.

I’ve intentionally used the word adaptation throughout this because this series is clearly not going to be a tale-for-tale retelling of the animated series. Princess Azula, played by Elizabeth Yu, didn’t make her first appearance in the anime until (spoiler) the last episode of Season 1. Additionally, this series reportedly has only 8 episodes a season – compared to the original 19 episodes in the anime’s first season.

Even though the 8 episodes will be an hour long, there’s no way they can match the depth of story that the original brought to us. My only hope is that though some stories may have been seen as “silly” or “filler” episodes, they are still respected. These additional episodes bring excellent world-building to the environment around Team Avatar, carefully crafting important real-world lessons.

ATLA – What to Keep, What to Leave Out

Take, for example, The Headband episode in Season 3. Aang disguises himself as a Fire Nation school boy and has a dance party in a cave. On paper, yes, that seems to be classic “filler.” But there is a significant moment in the school, where Aang is learning what the children learn. How their textbooks tell a different story of the war. Essentially, the children are learning that the Fire Nation are the “good guys” and events were literally rewritten to make them look better. Clearly, and intentionally, it was not the most subtle messaging from the original story to modern day life. The writers knew exactly what they were doing, and that’s what made the show such a hit among all ages. And that’s where we must now address the elephant in the room.

Back in 2020, it was reported that the original creators of Avatar: The Last Airbender Michael Dante DiMartino and Bryan Konietzko left the Netflix project due to creative differences. While that is mostly my biggest worry going into this series, we have *probably* already seen the worst-case scenario in 2010. I still have hope that this can be salvaged.

If this adaptation is portrayed with the right amount of respect while hitting the story’s major beats, then maybe my optimism in seeing a successful live-action ATLA project can pull through. And if not, the newly formed Avatar Studios (led by the original duo of DiMartino and Konietzko) can sweep away the broken pieces and continue to successfully expand upon the world they built.

Be sure to check out our interview with Zuko voice actor Dante Basco if you’re hungry for more Avatar: The Last Airbender content!