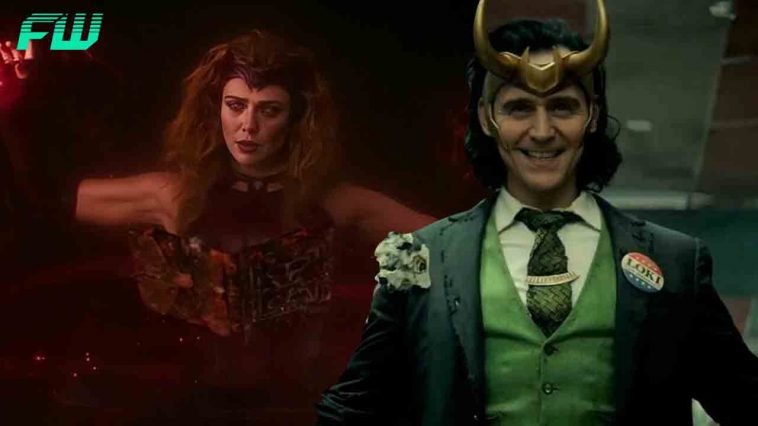 As if time travel wasn't difficult enough to follow, Kevin Feige stepped it up with the introduction of the multiverse. Marvel finished their Infinity Saga with time travel, and it left many fans perplexed about the current state of the timeline. However, Marvel didn’t stop there.

Although we love to get lost in theories, sometimes help is needed articulating the chaos of the multiverse. We see multiversal chaos in Spider-Man: No Way Home with more to come in Doctor Strange in the Multiverse of Madness, and future Marvel projects. WandaVision gave us Wanda Maximoff evolving into the Scarlet Witch. Loki stepped things up, introducing the concept of variant characters from different timelines. While this left the multiverse in shambles, Spider-Man: No Way Home brought things to another level.

“The Scarlet Witch is not born, she is forged.”

The Darkhold is an ancient, powerful book of magic. Wanda, reading this, will clearly complicate things in Doctor Strange In the Multiverse of Madness. Set to star alongside Benedict Cumberbatch in the upcoming film, chaos will clearly follow the Scarlet Witch. Whether she will be the villain of the film or help save the day, remains to be seen.

When Loki debuted on Disney+, it created a multiversal rollercoaster. Introducing viewers to the concept of variants from different timelines, Loki didn't hold back. From the beginning, our old pal the 2012 version of Loki is plucked from an alternate timeline created by The Avengers. Thankfully, the TVA is there to explain the intricacies of branch timelines. While typically an antagonist, Loki throws the multiverse for a loop in his debut series.

The Disney+ series What If…?, taught us that when characters make different choices, the world around changes as well. Although she was named Loki at birth, Sylvie was bombarded by the TVA who attempted to remove her timeline from existence. Sylvie spent her years running from the TVA, living in various apocalypses, as well as plotting her revenge. After years of searching, she destroyed the TVA, and ending the life of He Who Remains. Thus, opening up branch timelines throughout the multiverse.

Doctor Strange has always had a touch of arrogance to his character. While at times, he is calculated and thoughtful, his ego often gets in the way. This was the case in Spider-Man: No Way Home, as his spell unleashed chaos. Although the film's finale seemed to have sewn up any holes in the multiverse, we won't know for sure until Doctor Strange in the Multiverse of Madness.

Although Peter wasn't the one who cast the spell in Spider-Man: No Way Home, he certainly played his part. The life of a superhero isn't exactly easy to wrap our heads around. However, common sense would dictate that asking the admissions office to reconsider one's application would come before asking a sorcerer to mind wipe the planet. Although Spider-Man's quest was noble, his actions left chaotic multiversal implications.

What’s a branch timeline? What is a variant?

Are we going to have to follow all of the different timelines or just the one we are used to watching?

Does this make every Marvel movie that has ever happened, canon? “

The beauty of a multiverse, is it allows Kevin Feige to cherry-pick what his favorite aspects of Marvel’s history to bring to the MCU. We can only assume the Marvel will primarily follow a single timeline, however, series' like What If…? partnership with Sony potentially allow the wider ranges of the multiverse to be explored.

Questions about the multiverse? Let us know in the comments or tag @TJ_Zwarych5 on Twitter!