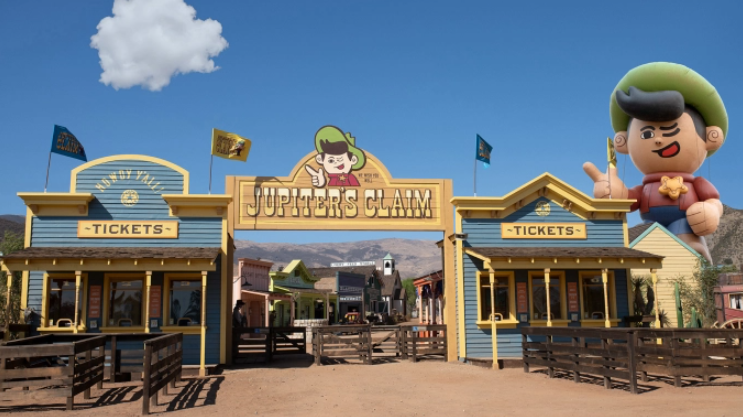 It seems Universal Studios is in the prophetic business. Jordan Peele's fictional theme park in NOPE is now a permanent tour stop on the studio tour. The oddity is that NOPE hits theaters on July 22.

People take movie or TV studio tours for a popular talk show or the set of an iconic movie. Yet, Universal Studios has already made Jupiter's Claim a fixture on the studio tour. Is this a large gamble on the film's success?

The Hollywood Reporter sat down with Peele to discuss the news about the tour attraction becoming a staple on the same day of his theatrical release–a first in studio history.

I’ve been fortunate enough to direct three movies for Universal, Peele said in a statement. It is a privilege to honor these collaborations with my studio partners, crew members, and cast, and to be able to share Jupiter’s Claim with fans.

Jordan Peele is a twisted genius; that much has been proven. With two widely successful movies with mental exercise endings, NOPE should easily be both. That's not news.

With Get Out, Peele developed the horror sub-genre of emotional scarring. All the while, he confronted large Caucasian audiences of systemic bigotry.

In Us, he tackled the bizarre idea of facing our internal demons in reality. He even made “I Got 5 On It” a 400% spike in streaming networks–24 years following its debut. The song was already dope, but Luniz made a few hundred million more with that movie trailer.

Believing NOPE will have box office success doesn't require much faith. But by making Jupiter's Claim a permanent tour stop, Universal Studios has pushed all their chips on the table. This decision isn't a spur-of-the-moment thing either. Universal Studios worked with Monkeypaw Productions (Peele's company) to build the set and ensure continuity.

Jordan’s creativity and ingenuity have produced unique, thought-provoking movies, and we couldn’t be more excited to showcase his original Jupiter’s Claim set as a permanent centerpiece attraction on the Studio Tour, giving our guests a front row seat to authentic movie-making magic.

Or is this marketing genius by Jordan Peele?

Who knew the same cat making skit comedy could do this? Answer: He did!

Jordan Peele understands the human condition, which is why he plays to it so much. In his movies and reboot of The Twilight Zone TV series (on Paramount+), Peele shows he knows what makes us tick. That may be why one errant tweet crashed an entire website for hours.

That's all it took—no comment or hesitation. Just a link, and the website traffic feeding frenzy was on! And believe this marketing tool holds cryptic messages too. As the page goes into dark mode, the message is, “Let them know you miss them, but also that you might be missing yourself.”

We know there is a flying saucer and tornados that suck unassuming folks up in the air like a vacuum cleaner. That's it. So, to answer those sectional questions above, you should ask yourself two things:

Of course, you are! You may have already visited the cringefest website while reading this article. That's why a gamble on Jordan Peele may be more of a sure thing by Universal Studios. We'll see on July 22.