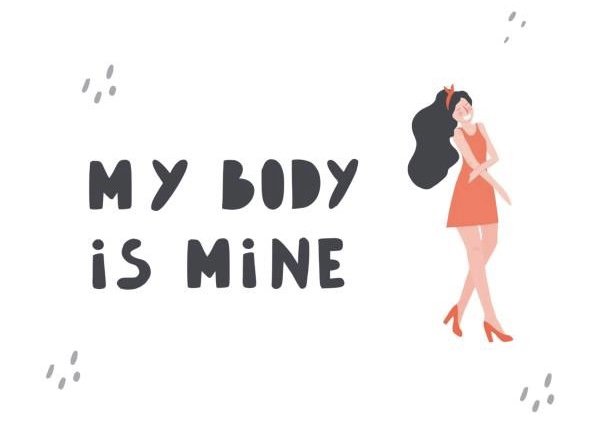 When I was sixteen years old, my mom and I went to the mall. We were looking for a dress that I could wear to a friend’s birthday party. I picked a form fitting mini dress with red and blue stripes. After I put it on, I looked in the mirror and did not recognize the girl staring back at me. The dress hugged my curves perfectly. Suddenly, I no longer felt the need to suck in my stomach or hide my midsection. This was a foreign feeling for me because I’ve always felt insecure in my body.

As I stepped out of the dressing room, I looked over at my mom. She smiled but with a look of concern on her face, she said, “it’s cute, but I don’t know how your dad would feel about it…”

The dress and its tight-fitting nature represented something that my father was afraid of, a sign of me becoming a woman. Suddenly, out of nowhere, a simple piece of fabric signified something he had feared since my birth, his baby girl growing up. As I’ve grown, I understand my dad, I know he always wants to protect me. However, the weight of this protection does not go unnoticed. Though transitioning from adolescence to womanhood can be a liberating experience, I began to feel exposed. What was there to be afraid of? As a twenty-one year-old woman now, I understand how a body-hugging dress could give off the wrong “idea” and subject myself to danger.

Judith Lorber in her chapter, Night to his Day: The Social Construction of Gender, explains what gender roles are. Lorber states, “Gender is such a familiar part of daily life that it usually takes a deliberate disruption of how women and men are supposed to act to pay attention to how it is produced” (Lorber, 1994, 2). She explains these gender roles are implemented at birth by assigning pink for young girls and blue for young boys (Lorber, 1994, 2).

Additionally, Liz Prince in her graphic novel Tomboy, states that gender roles are implemented in forms of children’s play (Prince, 2014, 26). Prince further explains, “Girls are expected to be polite and lovely and pink and frilly and dainty and reserved” (Prince, 2014 ,16).

The Existence of Slut-Shaming

There is an immense pressure for women to fit inside a little box, but the rules of gender itself are contradicting. Through the phenomenon of “slut-shaming” women are critiqued for wearing revealing clothing. There is a deeper connotation though, when women are slut-shamed there is often an underlying message that they are overly promiscuous. Suddenly, the way women dress makes them overzealous sexually.

The march was in protest to male entitlement to women’s bodies, that no matter what a woman wore, her body is not open season for sex. The act of wearing revealing clothing was liberating to women who walked. For the first time, women stood in solidarity against being slut-shamed. It was as if women said, “this is my body, and I can display it in any way I see fit.”

A woman may deem an outfit as their comfort zone, while another woman may feel it is too revealing. Every woman is different, but one thing remains certain:

No outfit justifies violence against our bodies.

Rape culture creates a society in which rapists can justify their violent actions through their own entitlement. They are able to take what is not theirs, and operate in a system that blames the victim. To resist rape culture, its imperative to erase the false sense of entitlement that fuels these acts of violence.

Admittedly, this has been a fear I’ve carried since coming into womanhood. The worry of unknowingly “asking for it,” being subjected to violence. I personally have had some very scary experiences with men. The bitter truth is, many women can say the same. This reality changes how I live my life, as I must be perpetually cautious. I know the truth, that the only definitive “yes” is through consent. The only person I can live for is myself. I live for me, and I dress for me too.

A note to sixteen-year-old me: “wear the dress, you look great!”

Link to The Overturning of Roe V. Wade: A Feminist Analysis