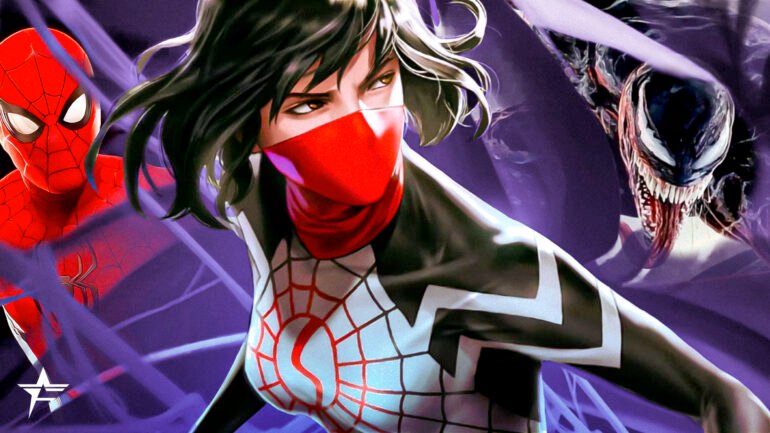 The first official confirmation of the rumored deal between Amazon and Sony finally hit the internet. This deal highlights Amazon’s acquisition of creative rights to helm multiple Marvel-Sony titles, starting with Silk: Spider Society. Angela Kang, previously a showrunner for The Walking Dead series, will oversee the production of Silk, alongside the producers of Spider-Man: Into the Spiderverse, Phil Lord, Chris Miller, and Amy Pascal. Audiences can expect the initial, domestic airing of this series on MGM+, otherwise known as Epix, followed by a global release on Amazon’s Prime Video platform.

Silk: Spider Society will follow one Cindy Moon, a Marvel Comics character created by Dan Slott and Humberto Ramos. Moon is illustrated as a Korean-American woman bitten by the same spider that bites Peter Parker. Upon escaping imprisonment, she searches for her family and along the way becomes the superhero known as Silk. As the superhero genre of cinematic storytelling continues to take the industry by storm, so does its quest for proper representation. Silk will be among the first of its kind to feature a Korean-American hero as the titular character.

“Amy Pascal, Phil Lord, Chris Miller and Sony’s recent live-action and animated reimagining of the Spider-Man franchise has represented some of the most dynamic superhero storytelling in film,” said Jennifer Salke, head of Amazon Studios.

“Together with Angela Kang’s creative vision, we couldn’t be more pleased to bring Silk: Spider Society to our MGM+ and Prime Video customers.”

The collaboration between these parties could only prove beneficial for the larger franchise. Lord and Miller are familiar with what it takes to bring these popular characters to life, and how to tell a story that fits the big picture. With their hands on the wheel guiding this project in the right direction, the potential of breathing new life into the Spider-Man franchise is inevitable.

It also seems like the two are incredibly fond of their showrunner Angela Kang. Lord and Miller say, “Angela is a pro’s pro whose perspective and creativity we greatly respect and admire. She’s also a hell of a lot of fun. She loves these characters and we feel really lucky for the chance to work with her to bring Cindy Moon’s story to the world.”

Angela Kang Has Entered The Chat

Angela Kang made a name for herself upon joining season two of The Walking Dead. After seven seasons of proving herself, Kang was promoted to showrunner of the series for season nine. She maintained this position all through the series’ conclusion. The deal in which Amazon acquires Kang took months to come to fruition. At the time, she was also stepping down from her showrunner position on the Daryl Dixon (Norman Reedus) spinoff series.

“I’m beyond thrilled to be joining the Amazon Studios family for this next chapter of my career,” Kang said. “I look forward to working with the executive team on diverse, character-forward, watercooler shows for a global audience and am so excited to dive in to my first challenge — bringing Korean-American superhero Silk to life on screen.”

The Future Of Amazon And Sony

There is a lot of optimism behind the deal making this new approach possible. Amazon Studios takes on yet another big name in fandom; after success with the prequel series to the Lord of the Rings franchise, it’s easy to support this new vision. Depending on the level of success this deal achieves, Prime Video may get the momentum it needs to compete with the likes of HBO Max, Hulu and Netflix.

As of right now, there are no dates or expectations set for the release of Silk: Spider Society.

UP NEXT: Is ‘Peacemaker’ Season 2 Happening Sooner Than We Thought?