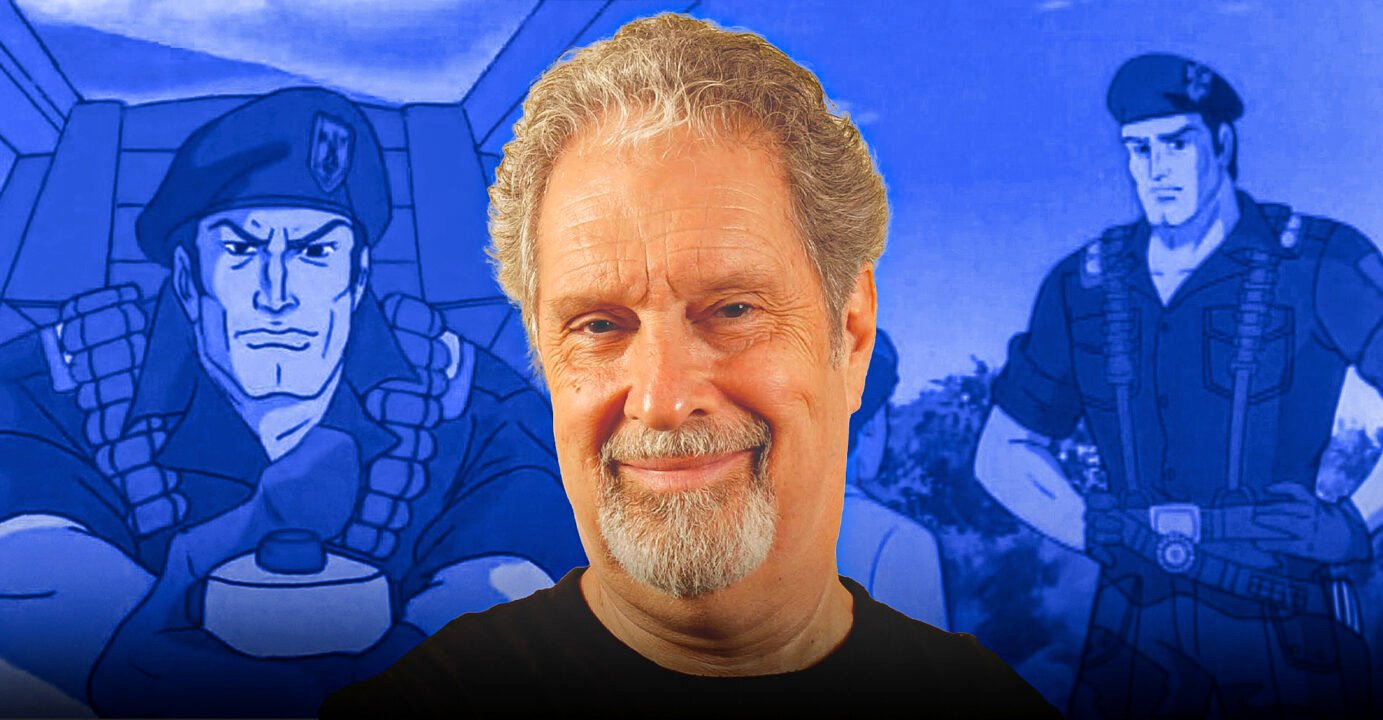 It's refreshing to know that after 35 years, G.I. Joe: The Movie still holds precedence in a fandom that has evolved so much since its release. The film surprisingly hasn't received a standard distribution. It was never released in theaters. Therefore, in celebration of this anniversary, theaters across the nation brought back the film for fans to re-immerse themselves in this 1987 classic. In our own attempt to pay tribute to the film and surrounding entities, we spoke with Bill Ratner, voice of Flint, on our podcast. Bill did what he does best – share stories.

Bill Ratner of G.I. Joe Joins The Agents Of Fandom

As we dive into his experiences in the industry, Bill demonstrates how truly entertaining of a storyteller he is. Mr. Ratner is the voice behind Flint, a supporting character in both the animated G.I. Joe series and in the film. This, however, is only a snippet of what many would call a successful career.

Bill Ratner has worked on animated films, popular trailers and promotional content. He is the voice behind trailer narration for such films as Ant-Man and Despicable Me 3. Bill even acted his fair share in the gaming industry, with projects like GTA, Mass Effect, and Final Fantasy.

Ratner gives an insider's account of how the voice acting industry has shifted from the 1980s to the present. He states that, lately, a lot of the industry is centered around celebrities. He claims “studios are hoping and thinking…well, if we have a celebrity's name on the marquee, the movie will sell better.” The kind of stars we have today completely change the game for animated films.

Bill continues by directing the conversation toward the significant evolution of animation. Specifically, how things have changed with the new tools and equipment available today. Film animation, in particular, has reached new heights as it continues to redefine cinema. He mentions Pixar in particular, the company behind the most beloved animated stories of all time. When comparing animated cinema from 35 years ago to now, the colors pop, the animations are smooth, and the stories are developed to perfection.

Mental Health In The Industry

Bill is also an advocate for mental health and emphasizes his stance on taking care of one another and giving back. He speaks openly to grief groups, healthcare workers, and even educators on the matter in his free time. The way he puts it, “you can go along, make your money and go home, or you can go along and make your money and on your way home get involved in something a bit more soulful, that has to do with service”. Essentially, we as influencers and industry leaders are responsible for using our platforms for good. The community needs us, and we need the community.

Mr. Ratner is not only a strong voice, but an avid writer and poet as well. His most recent of several books, “To Decorate a Casket”, highlights his journey through the navigation of his own mental health – with a poetic twist. From the pressures of being an industry professional, to the passing of his unborn daughter, he uses his experiences to help others overcome their hardships in confidence.

The Legacy Of Bill Ratner

Bill Ratner is a man with stories, and a man with passion behind every word. He is a powerful voice in the industry, and will continue to cement his legacy as Hollywood's premier voice over artist. As he's made clear, this is far from what he hopes to accomplish in life. It is our hope that he will continue to share his stories, and remain a prominent voice in the push for mental health. Check out the interview below.

UP NEXT – “Anjali Bhimani: Queen Of The Illumin-Aunties“