Everything We Know About ‘Dune: Part Two’ 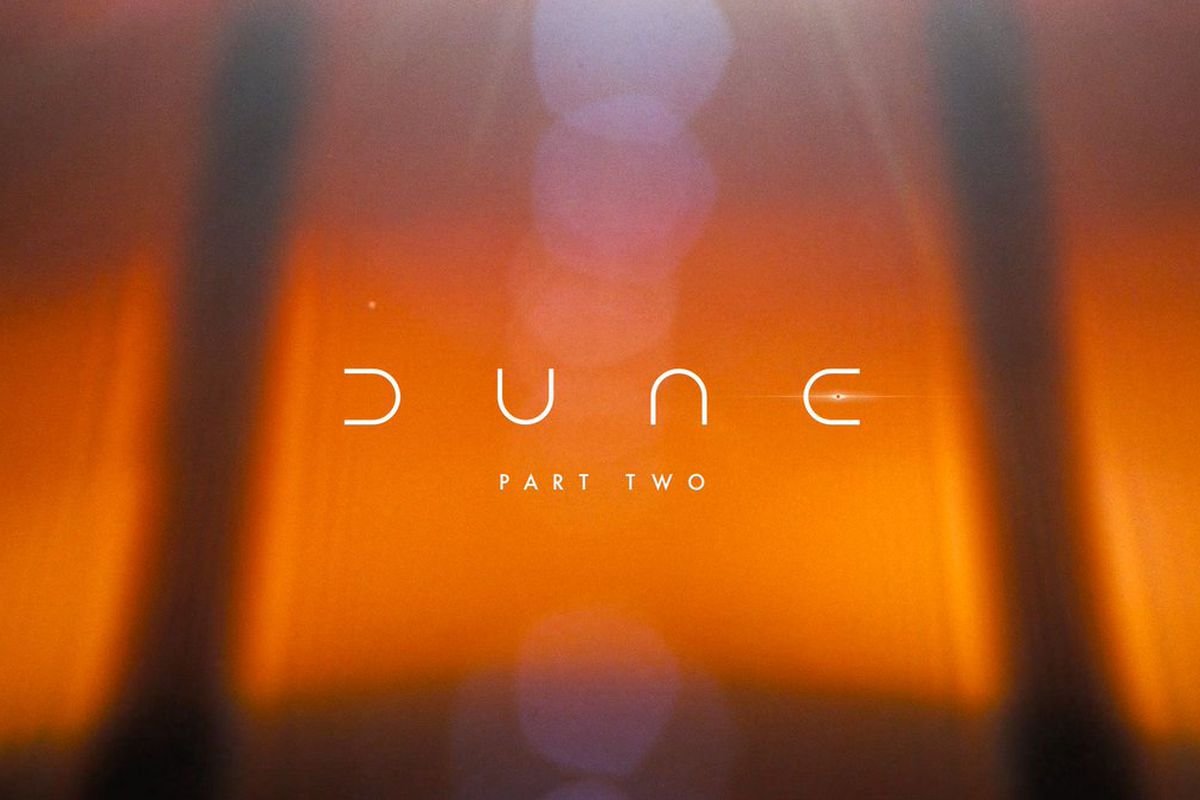 When Dune: Part Two hits theaters in Winter 2023, every cinema in the country will look like a massive nerd convention. Unlike Star Wars, Star Trek, or Lord of the Rings, the Frank Herbert landmark sci-fi saga requires investment.

Casual fans need not apply for this news. In fact, when the David Lynch apocryphal version (1984) was nationally released, it came with a terminology document that was handed out as you walked in the building. No, really! They are now expensive collectors' items, thanks to what Denis Villeneuve created in 2021.

Not for nothing, but there was a $400 million haul at the box office, won six Oscars and nominated for four more, and won 161 awards along with 273 nominations in total.

Dune has always been “high-brow” science fiction. Frank Herbert is the twisted genius and mad professor of the genre. His books are more than just “good reading.” The original hextology (six books in the collection) redefined science-fiction storytelling–and that was 1965.

On its own, the 1984 movie is a contagious watch. You may not understand what's been said, but you know something good is happening.

Then, when you read the first of six, you'll know the last time something like Lynch's interpretation was so deep in the hole, Chilean miners came out of it 69 days later.

Now that we are looking forward to the dazzling vision of Herbert's canon, Dune: Part Two is ready to complete the second half of that book. And there are five other books.

Eat your heart out, Peter Jackson. Herbert's content will keep on giving for a couple of decades.

Let's discover what we already know about Dune: Part Two.

The Sleeper Has Awakened

There is not much more that needs to be said with this tweet. Currently, the sequel will be filmed in Budapest, Abu Dhabi, Jordan, and Italy. You know the Oscar-winning maven of moments, Greig Fraser, will capture some jaw-dropping shots. It's on the way and few people have enough patience to wait for November 17, 2023 (at least for now).

An Ensemble of A+ Names

As you can tell in the photo, Dune: Part One offered a dazzling array of A-Listers, so why would Dune: Part Two be any different? It won't, leaving many people to ask, “How much is being paid to the actors alone?!” Here is the collection of notables from Part One going to the sequel, and the several confirmed for Part Two.

And, add to that potluck dinner…

If you want to know what each of those characters will be doing, read the book or research CliffsNotes. Oh, one thing, we may see Jason Momoa again as Duncan Idaho. In the books, Duncan was cloned and brought back to House Atreides. Suffice to say, Villeneuve isn't leaving a single stone unturned.

Warner Bros. and Legendary Entertainment have offered the following synopsis to what we can expect in Dune: Part Two:

This follow-up film will explore the mythic journey of Paul Atreides as he unites with Chani and the Fremen while on a warpath of revenge against the conspirators who destroyed his family. Facing a choice between the love of his life and the fate of the known universe, he endeavors to prevent a terrible future only he can foresee.

The underlying current with the second part of this film is Paul is on his way to becoming the Kwisatz Haderach, the universe's super-being. Essentially, a Messiah. And, if you thought Hans Zimmer‘s score was soul-stirring, wait until Paul becomes a deity. Wow!

Dune: Part Two to the IMAX

When you have Greig Fraser behind the camera, you want to pimp his work as much as possible, which is why so much IMAX footage was leveraged to help fans grasp Arrakis and Giedi Prime. Well, more footage is coming as Villeneuve said, “Definitely. [Cinematographer] Greig Fraser and I, we fell in love with this format, and definitely will be—even probably more—IMAX footage in this movie. Definitely.”

Additionally, things are changing with theatrical releases, now that we have proven people still love going to the movies. Dune: Part Two will be placed on HBO Max after 45 or 90 days. Isn't it nice to be back to normal-ish?

The Script is “Always a Work in Progress”

Yeah, that is exactly what it means. Denis Villeneuve is so caught up in adapting this book into a screenplay that he believes Dune: Part Two is “always a work in progress.” As he shared with Collider:

It’ll be a work in progress until final cut, but I will say it’s solidified. I have a script in my hands. We are in prep right now. My crew, we are in full prep for the movie.

If that makes you feel uneasy about script development, don't! This is a thing to celebrate because Villeneuve is in the zone, like sitting on the living room floor in his underwear playing the Beast Rabban and Paul Atreides action figures. He said as much to GamesRadar:

I’m writing [Dune: Part Two] now, and I feel like I’m eight years old again. That’s very uncommon for me. It’s the first time I’ve experienced it where I’m watching one of my movies, and I have a moment of deep gratitude, of deep joy, and I say, ‘Thank you, life, for having allowed me to bring that to the screen.'

The second half of the first book focuses on the homeland of House Harkonnen, Giedi Prime. These troglodytes are working closely with Emperor Shaddam IV to overthrow House Atreides and destroy the Fremen so they own spice production.

The Harkonnen home is a desolate, dystopian place. If there is any color that peaks out of the grayscale suburb of hell, it will be blood. And, for fans, that will be remarkable because fight sequences will be fantastic, and Paul is about to wreck shop battling the Baron, the Beast, and Feyd-Rautha Harkonnen.

In case you need proof, take it from the man:

Some new characters will be introduced in the second part, and a decision I made very early on was that this first part would be more about Paul Atreides and the Bene Gesserit, and his experience of being in contact for the first time with a different culture. Second part, there will be much more Harkonnen stuff.

Dune: Part Two May Be the Middle of a Sacred Trilogy

The second book of six is entitled Dune: Messiah. Frank Herbert established the first book to chronicle the journey of Paul Atreides as he discovers his full calling to become the Kwisatz Haderach. In Dune: Messiah, Paul has throttled the Padishah empire, and is now the emperor of the known universe and has more power than anyone, ever. That's where the conflict begins.

Paul means well to help his people (the Fremen) thrive, but he begins to plot a Jihad that could literally kill billions of people. The target of his ire are the Spacing Guild (interstellar travel that can only work with the Spice Melange), Bene Tleilax (a secretive order that specializes in genetic manipulation), and the Bene Gesserit (the bald-headed women clan, of which, his mother belongs).

Why have faith in a Dune trilogy?

There is ‘Dune’s second book, ‘The Messiah of Dune,’ which could make an extraordinary film. I always saw that there could be a trilogy; after that, we’ll see. It’s years of work; I can’t think of going further than that.

Enjoy the ride, everyone. Things are just beginning!