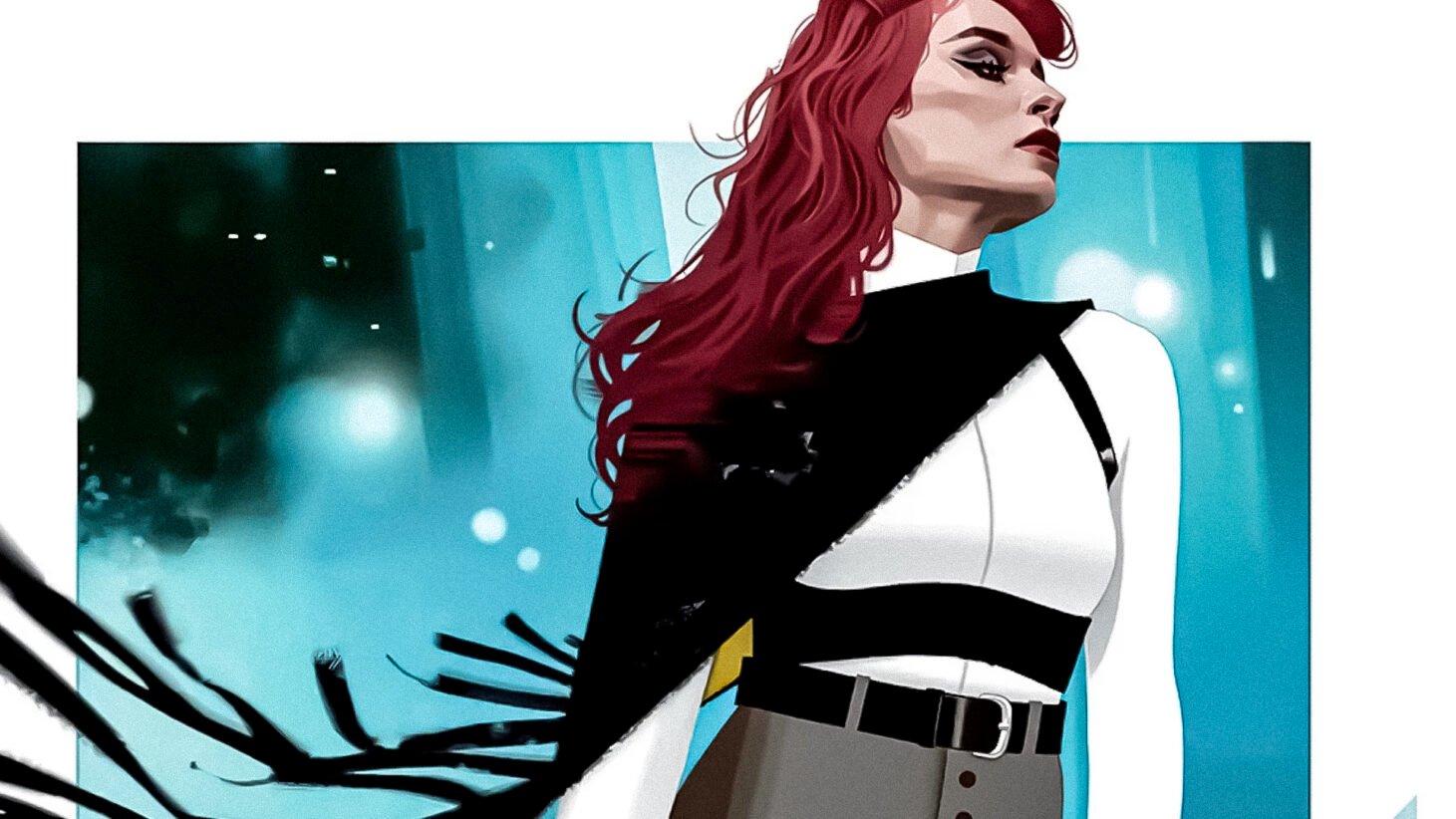 Picture this: A sci-fi fantasy world full of fairies, mermaids, humans and so much more…but flipped and turned into a detective murder mystery. It’s a world where these residents don’t seem like each other or the new policing that they must get acclimated to, but are seemingly trying to figure out society one day at a time. There are bound to be bumps in the road and crimes to still happen. That’s where the Black Cloak comes in. A story focused on solving a murder that has shaken their world.

Substack has been home now for creator owned projects for the past year and change. In all the best ways, the stories that are being told by creators in this space have been passion projects come to life. Black Cloak, written by Eisner Award winner Kelly Thompson with art and colors from the excellent Meredith McClaren, is another prime example of what happens when these stories are given a chance. Initially released digitally on Substack, this book is hitting the shelves on January 11, 2023, through Image Comics.

Black Cloak is not your typical Fantasy

Often the biggest complaint of major fantasy stories, Black Cloak takes the long trope of an insane amount of exposition and hurls it into a lake of hungry mermaids. What Kelly does here is instantly submerge the reader into the world with one page–8 simple sentences–and then the story begins.

This is how world-building in fantasy stories is done right. To take credit from one of the masters of fantasy, Shrek (yes, that Shrek), we look at it like an onion. The layers of the world unfurl with every corner turned that the main protagonist, Phaedra, takes. It is deep, intuitive and feels incredibly lived in.

Instead of laying it all out there, in long extravagant detail, the reader learns about the world of Kiros as the story progresses. And it just flows. Once you feel settled, the story takes another turn while the overarching plot of the murder mystery moves you all over the map. All the while, the Black Cloak investigators are there to solve the case…whether the townsfolk want them to get involved or not.

Meredith McClaren’s artistic touch on Black Cloak brings its own flavor to the table. Poppy, smooth and cartoon-y vibes help the wide abundant and vibrant characters blend in and feel like they all belong in that world. The delicate balance of knowing when to go into detail on certain panels and then morphing into a more bubbly style makes the critical points in the arcs stand out. Becca Carey’s lettering is also top-notch. The font colors merge with the background and reflect the flashback scenes to feel “ghostly.” A literal ticker goes along the bottom of panels during national broadcasts, and the onomatopoeia (you know, that word for sounds effects!) blend right into the scenes.

That is where these Substack projects not only show off their charm, but also put a spotlight on the skill. The teams on these stories are not large–compared to the crews listed in major “Big 2” books. A team of four put together, as labeled by Diamond Comic Distributors, “Gem of the Month”–Thompson is credited with writing, McClaren with arts & colors, Carey has letters, Charles Beacham handled editing and Rian Hughes on design. It’s a five-star performance, and rightfully so.

Pick up the first issue of Black Cloak on January 11 at your local comic shop or wherever you get your comics. Additionally, subscribe to Kelly Thompson’s Substack “1979 Semi-Finalist” to get behind-the-scenes content on Black Cloak and her other published books.

Check Out Our Interview with Kelly Thompson!