“The Bear” Passes the Taste Test 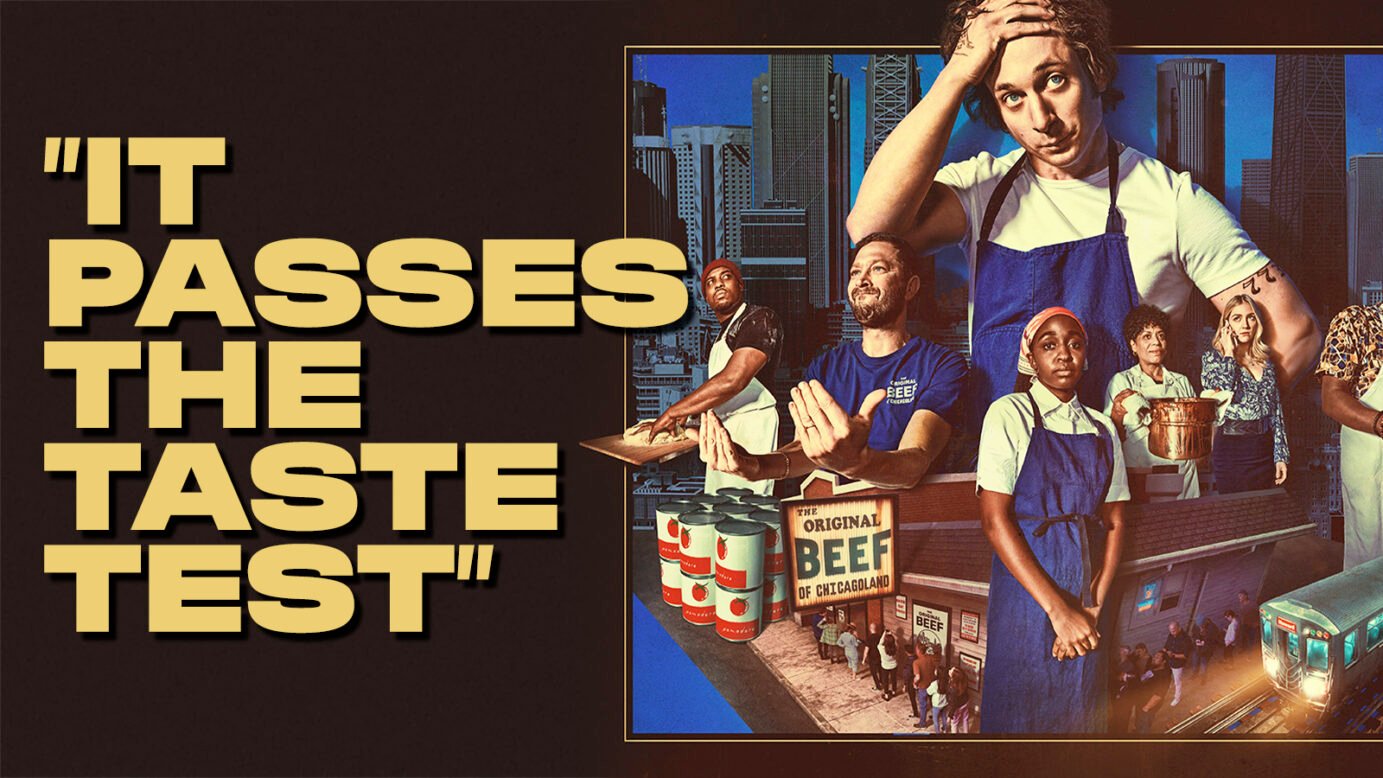 Among the myriad downsides to the Information Age is the death of surprises. Truly surprising events may not be extinct, but they are an endangered species in these times. In the film world, it takes a once-in-a-decade experience like Everything, Everywhere, All At Once to completely surprise us. On television, 2022 has given us The Bear.

Created by Christopher Storer, The Bear tells the story of Carmen “Carmy” Berzatto (Jeremy Allen White) a fancy-pants chef de cuisine who inherits his late brother’s Chicago greasy spoon sandwich shop (called “The Beef”) and the rough-around-the-edges staff that comes with it. I have to admit, that pitch didn't exactly whet my appetite when I heard it. That upstairs/downstairs dynamic is as old as sitcoms. But The Bear is so much more than status jokes. Much like a real back-of-house kitchen job, The Bear throws you in to high-stress scenarios confined to claustrophobically close quarters. When Carmy goes out for a smoke, you feel the relief provided by the breath of the fresh air. However, also like a real kitchen job, the characters with whom we share this culinary foxhole quickly become family. (It's no coincidence that the staff sits for “family dinner” before every shift.)

There isn’t a weak link in The Bear’s cast, and seemingly everyone gets their solo moment during the season, but three of the performances stand out from the pack.

Jeremy Allen White's combination of vulnerability, anxiety, and sharp edges carries the series. Carmy says at one point that he lacks the ability to share his feelings in words. Food is his means of communicating with the world. White is able to convey grief, anger, frustration, and fear, sometimes all at once, without saying a word.

Ayo Edebiri is a revelation as Sydney, a sous chef with the second-most experience in high-end kitchens, which automatically puts her at higher status than the rest of the staff, and immediately creates conflict. Sydney is our avatar into the world of The Bear, an outsider to the Beef's ecosystem who is learning about the characters as we are. At times, she's the brains of the operation, and at others she's the heart. More than any of the other leads, Sydney feels like a real person, and that is entirely due to Edebiri's performance.

My favorite performance of the series, and probably the most showy, is Ebon Moss-Bachrach as Richie. If you've seen him in projects before, you know he's never disappointed at playing lovable, insufferable, comedic characters. But Richie is a master class. Some of his most affecting moments are one-sided phone conversations or moments when he's alone, letting us in to the vulnerable side of the boisterous, obnoxious Class Clown Emeritus of The Beef. As a Chicagoan, I appreciate the work Moss-Bachrach put in to harnessing that great Chicago accent where other actors would've just thrown in a “Da Bears!” every three-and-a-half lines. It's the highest praise when Chicagoans have to look up whether an actor is from here because the accent is so convincing. Moss-Bachrach has earned that praise.

Aside from the performances, The Bear is gorgeous. Chicago has never looked better on television, and there is nothing on screen sexier than a Chicago classic Italian beef sandwich. The needle drops are perfect, every time. The editing, the writing, the direction, all worthy of five Michelin stars. There's a sense of naturalism to this show that's only achievable with actors who trust each other.

I'm excited to see where a second season of The Bear takes us. But honestly, if that was the whole meal, it was satisfying. Thank you, chef.

The Bear airs on FX and Hulu in the United States.

Up Next: Ms. Marvel Finale -The Truth Will Set You Free