House of the Dragon Episode Three: Don’t mess with the Dragon 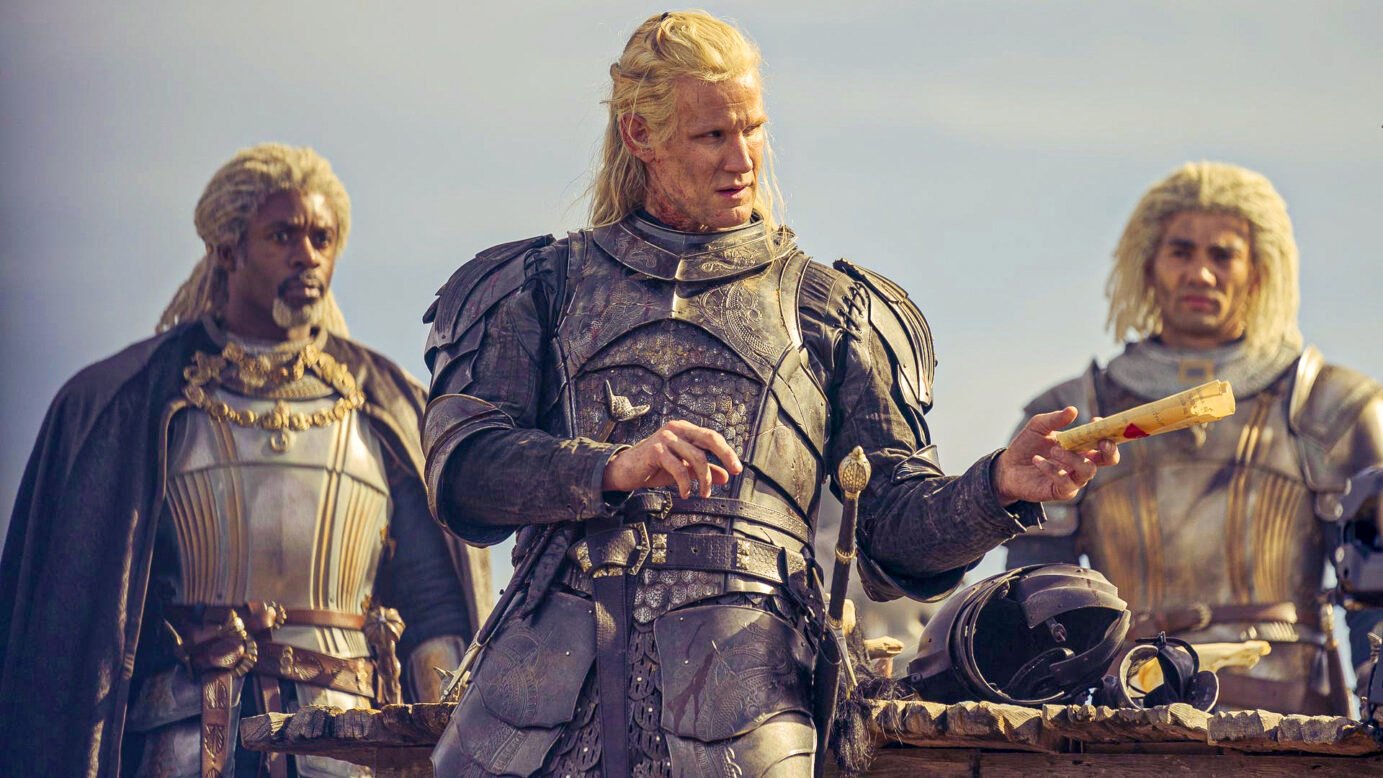 Episode three of House of the Dragon comes after two great weeks of the series and does so by proving that this show isn't slowing down anytime soon. Following last week's events and the reveal of the Crab Feeder, HOTD jumps three years into the future and drops us into a time of uncertainty and war for some, and for others a time of celebration.

The Force of the Dragon

Episode three was the most complete episode of House of the Dragon yet. Containing important battles, fresh faces, and new outlooks heading into the future. “Second of His Name” gives every viewer a reason to watch again week after week.

We start this episode off at the sight of the battle, with Prince Daemon (Matt Smith) on Dragon back helping push back the Crab feeder’s army. This scene shows how the scale of the war has changed since we last left off. As always, the dragons and VFX looked phenomenal, but the most significant takeaway is that this war is not going well for Coryls Velayron (Steve Toussaint) and Daemon. Further on in the episode, after some convincing from Alicent, King Viserys (Paddy Considine) sends help to Daemon. Daemon, however, is angry following this, causing him to lead what looks to be a suicide mission against the Crab Feeder's Army.

This attack creates a memorable yet brutal battle between the two forces. This encounter is a perfect example of what Game of Thrones does best, and that is its unpredictability. At no point last week or for most of this episode did the writers hint at the Crab Feeder's demise. However, after the arrival of a dragon and the charge led by the Sea Snake, Daemon takes control of the fight and kills the Crab Feeder. This begins what Co-Executive Producer Greg Yaitanes calls a “rebirth” for Daemon on “Inside the episode” on HBO Max. This battle and character arc for Daemon is fantastic. The only issue is that the Crab Feeder's death is done off-screen. If we saw his death, it would have more of an lasting impact. Nonetheless, this war shows just how powerful dragons are (in case you forgot), and is the highlight of the episode.

Tension in the House

As some of the cast went to war, the royal family celebrated the name day of the King's new baby boy, Prince Aegon the Second. As we have jumped three years into their marriage, King Viserys and Queen Alicent (Emily Carey) are pregnant with another. This causes irreparable tension between the two and Princess Rhaenyra (Millie Alcock).

This sounds like a broken record at this point, but Millie Alcock continues to be the best thing about this show. Her portrayal of Rhaenyra carries this show, and it's been a pleasure to watch. In the scene on horseback with Sir Criston Cole (Fabien Frankel) she delivers a fantastic performance showing how close the two are now. Moments later, we are again reminded of how much frustration has built-up inside Rhaenyra. She brutalizes the boar that attacks her, leaving her to return to camp a bloody mess.

These frustrations come from the king pressuring Rhaenyra to get married, which she has no intentions of doing. Along with the outside noise that Aegon will surpass her as heir to the throne, Rhaenyra begins to grow a strong distrust in her father. The progression of all these characters has been great, and episode three feels like a stepping-off point for the rest of the series.

Based on the post-episode trailer, it appears as if Viserys will reevaluate who will be heir to the throne next week. With Daemon, Rhaenyra and Aegon all set to play a role in this decision. Another thing to keep in mind, is who will Rhaenyra choose to marry? With her father's blessing to marry whoever she would like, Sir Criston Cole is the favorite in my mind, with Laenor Velaryon, son of The Sea Snake, as another outside option. Fans of the show will be happy as long as Otto's gross plans aren't achieved. Another huge Game of Thrones Easter egg from this episode was the introduction of, Lord Jason Lannister from Casterly Rock. Rule #1 of Game of Thrones is never trust a Lannister.

With a couple more episodes until the mid-way point of the season, things should continue to pick up in Westeros as we watch the fall of the Targaryens.  Who do you think will sit as heir to the throne? Let me know on Twitter and watch House of the Dragon along with me every Sunday at 9pm EST / 6pm PST.