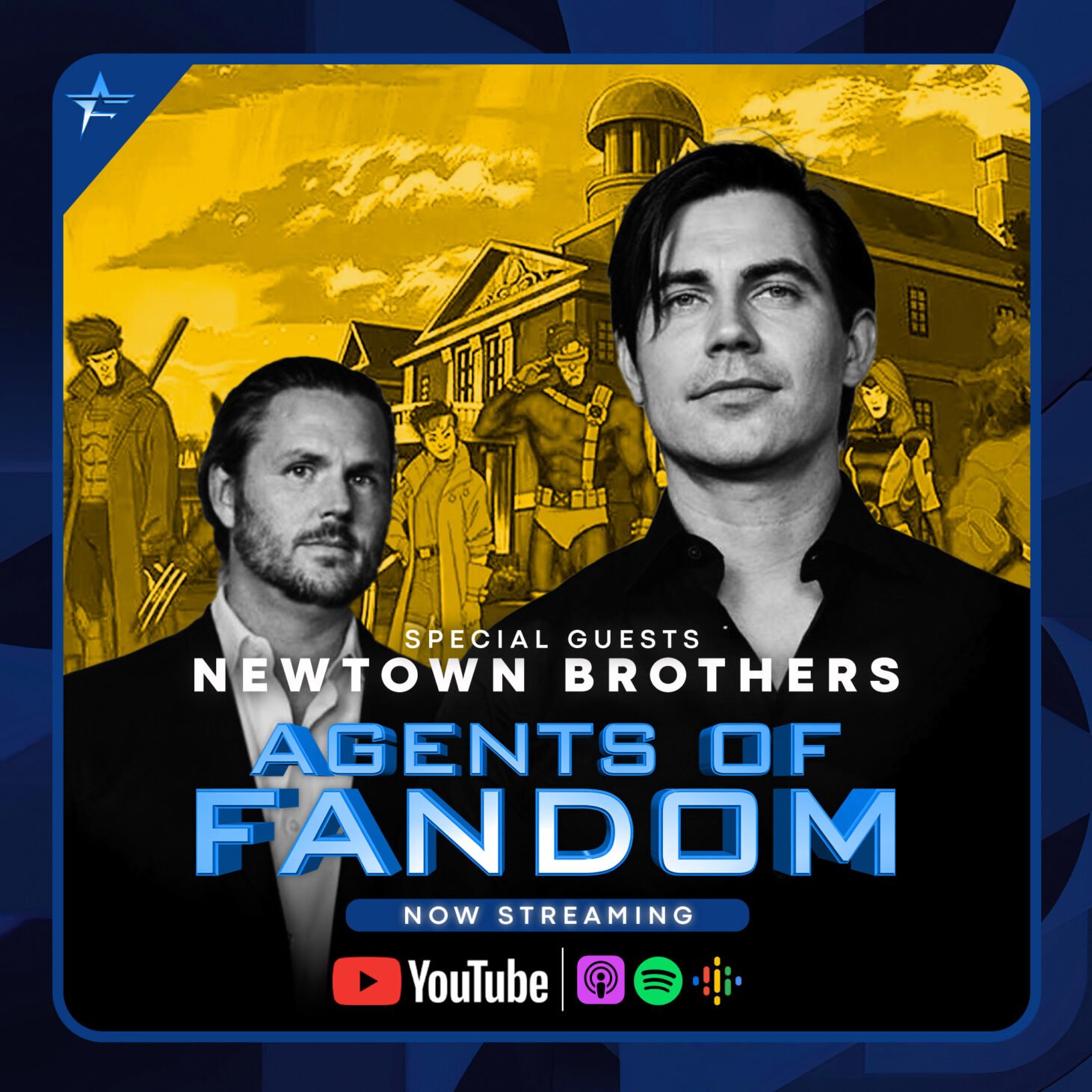 John Andrew (“Andy”) Grush and Taylor Newton Stewart are the two composers that make up The Newton Brothers. But in fact, they aren't actually brothers. However, with the numerous collaborations they've done together, they've become as close as siblings can be. One of their upcoming projects together is composing the score for the X-Men '97 animated series coming soon to Disney+.

The Agents of Fandom‘s TJ Zwarych and Ryan Cortero had the opportunity to speak with the composers about X-Men '97. When they heard that an opportunity was available to score the series, they jumped at the chance.

Andy and Taylor have been fans of the X-Men characters since they were kids. Andy had a paper route when he was young and would bike to a bookstore that had comics. The X-Men comics coming out at the time were X-Factor (1986) and Excalibur (1988), which he remembers fondly. Andy found the X-Men stories to be rich and interesting.

In Taylor's case, he started as a fan of Christopher Reeves' Superman films when they came out. This love for superheroes led him to find the X-Men comics and the X-Men animated series during the '90s. He became obsessed with the series but his fandom slowed down when the series eventually ended in '97.

When the live-action X-Men films came out, Taylor's love for the X-Men was reawakened. Taylor gravitated toward X-Men stories because he liked how they featured a team of people with different personalities and abilities. He was fascinated with the real-world issues the X-Men stories dealt with.

The Newton Brothers on Scoring an X-Men Film

When asked what dream project The Newton Brothers wanted to compose a score for, Andy didn't have a specific answer. But he knew it had to deal with the X-Men. He spoke about his favourite X-Men character changes from time to time, like how a person's favourite song would change. The most recent character he expressed love for was Beast. Andy enjoyed how Beast was an academic that was always engaged in looking for the right answer. Although he couldn't land on a specific character, Andy definitely wants to compose a score for an X-Men film in the MCU.

Taylor said his favourite X-Men character was Magneto. He loves how Magneto can be both a hero and a villain, with an interesting past. In terms of what film he'd like to compose a score for, he also wants an X-Men movie. He went on to mention how amazing it would be to see the X-Men interact with characters in the MCU. The Newton Brothers really are just like us. The Perfect Fit For X-Men '97.

Although The Newton Brothers are known for their compositions in the horror genre, they have a love for storytelling in all genres. Taylor and Andy have always been into how enormous or delicate superhero stories can be. By working on X-Men '97, they're able to show their range and create themes in a way they've never done before.

Andy and Taylor both have a love for the music-producing process. Andy mentioned how each and every day they feel content with a piece, however, they would still try to analyze it and see what can be improved. He also added that a lot of detail was put into the work, even if it was a demo. When it came to writing the demos for X-Men '97, Andy said that it fit into the palette that he and Taylor are used to. They're both really excited for the world to hear it.

Taylor mentioned how detail-oriented Mike is, which helps in their writing process. The Newton Brothers never have expectations that Mike will always ask for them when working on a new project, but they're very grateful to be involved. They would usually have these very involved sit-downs in the studio together talking about the project, eating pizza, and even having Mike play the piano. Over the years, they've now developed a shorthand when communicating with each other, especially when working during the pandemic on Midnight Mass. They consider Mike to be a family member.

The Newton Brothers: Composers to Directors?

Michael Giacchino set a precedent with Werewolf By Night by composing AND directing the special presentation. With almost a decade of working with different directors, especially closely with Mike Flanagan, and their love for storytelling, could The Newton Brothers try out directing?

Taylor could see himself producing a project because of how much he loves stories and bringing them to life. But he doesn't envision a director role for himself anytime soon. Although the idea terrifies Andy, he isn't sure if that is a good or bad thing. He sees himself helping out in the writing process. However, he didn't completely shut down the idea of directing just yet. He did make the jump to acting in Midnight Mass, after all.

After hearing the amazing insights from The Newton Brothers, and their passion and appreciation for filmmaking, it'd be interesting to see them take on other tasks if and when they're ready. This recap can't do the interview and The Newton Brothers justice. Check out the video or podcast below to hear more.

You can find our full interview with The Newton Brothers, Lenore Zann of X-Men '97 and all of our great content on the Agents of Fandom Youtube page.