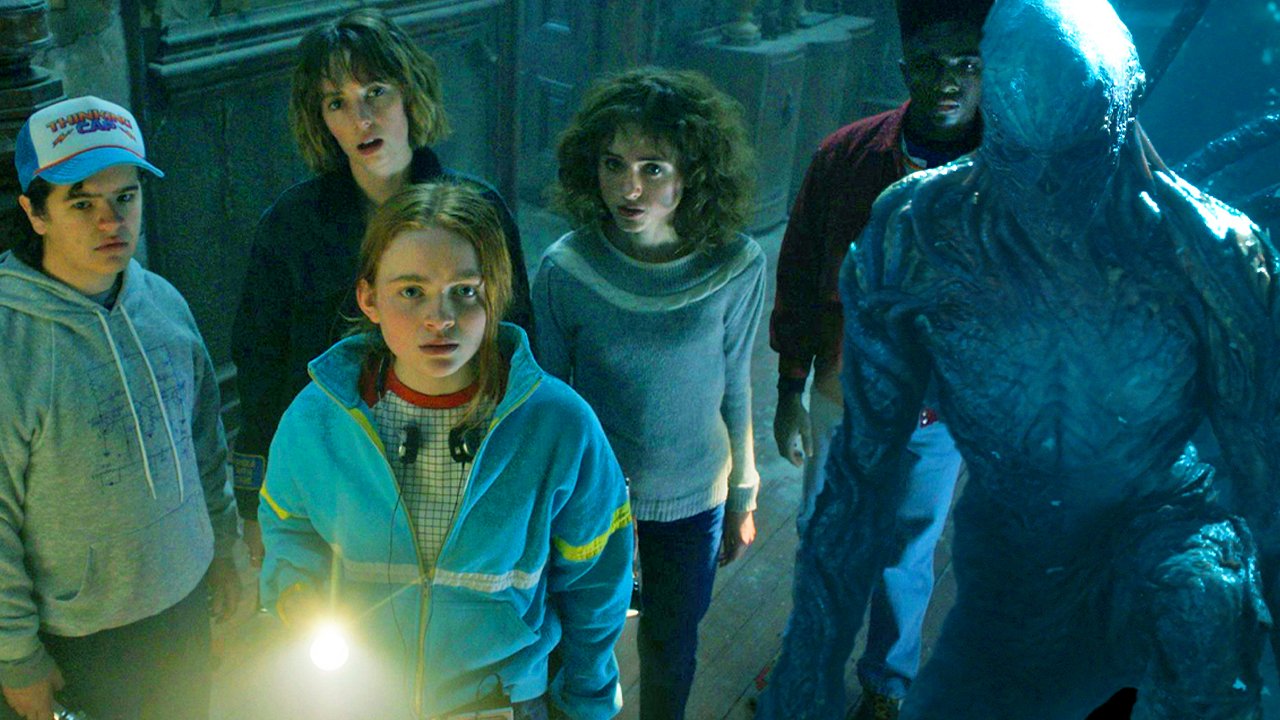 It's been nearly three years since we've left Hawkins, Indiana in the season 3 finale of The Duffer Brothers' Stranger Things series on Netflix. As difficult as it is to imagine the world before the pandemic, it's even harder to believe three years have passed since Baskin-Robbins introduced USS Butterscotch and there's yet to exist a suitable replacement. Unlike the fleeting novelty of promotional ice cream flavors, however, Stranger Things has had us in the Upside Down ever since its inception in 2016, and there are even more reasons to not miss the new season!

Our Hawkins Middle School gang is now in high school and is met with even larger challenges than new friends, bullies, and navigating relationships. At the end of Stranger Things season three, the Byers family are packing up and driving towards the West Coast (Lenora Hills, California, to be exact) to start their new lives beyond Hawkins, bringing El (Millie Bobby Brown) with them under the name Jane Hopper.

Starting over in a new state and a new school is never easy, especially for El as the vast majority of her life was spent as a laboratory rat in a dark research facility, and the powers she once possessed no longer exist. Not to mention the disappearance of the only real father figure she has known, Jim Hopper (David Harbour). Will Byers (Noah Schnapp) is more brooding than ever, though Jonathan (Charlie Heaton) finds his own ways to cope with his long-distance relationship with Nancy Wheeler (Natalia Dyer). Season three favorites Maya Hawke and Sadie Sink (AKA the muse of the Taylor Swift cinematic universe) also reprise their roles as Robin Buckley and Maxine Mayfield.

This time, Max struggles with the loss of her brother, Billy Hargrove (Dacre Montgomery), leading to her breaking up with Lucas Sinclair (Caleb McLaughlin). Lucas himself fights between the duality of wanting to gain popularity while still attending D&D campaigns with his old friends. Lucas' younger, and perhaps wittier, sister, Erica (Priah Ferguson) returns, teaming up with Dustin Henderson (Gaten Matarazzo) and Mike Wheeler (Finn Wolfhard) to up their D&D game.

The dynamic between Robin and Steve Harrington (Joe Keery) provides the comic relief we had seen in the third season, though we get an even larger glimpse into Robin's gregarious personality- a comfort and a blessing to those who tend to think outside of a box that exists beyond reasons of simplicity. Steve also proves he's more than the glorified babysitter. With everyone's individual demons to fight, our beloved gang will once again fight against a common supernatural entity.

The writers have an uncanny knack for giving each person their own idiosyncratic personalities, which shine with each of the actor's colossal talents. There is no ambiguity about whether or not a character is worthy of an audience, they all feel relatable in some way. Newcomers Eddie Munson and Argyle (Joseph Quinn and Eduardo Franco, respectively) are absolute gems from their very first scenes.

Eddie is the Dungeon Master of The Hellfire Club, the premier D&D group of Hawkins High. The “bad guy who does good” trope can be unnerving and overdone, but Eddie is good through and through. A Dungeon Master with his own band and muses references to Lord of the Rings? What's not to love? Argyle is the Chong to Jonathan's Cheech, but more than that, is his perfect timing in a pivotal moment of crisis. And let's not forget Robert Englund's phenomenal role as Victor Creel, who gives us insight into Hawkin's cursed history.

3. The Big Baddie of Stranger Things

Our new villain comes with cerebral complexities that are beyond that of the Mind-Flayer and Demigorgon we are used to seeing in previous seasons. This time, our monstrous supernatural entity has a narrative, a history, even, that reveals a crime that took place in Hawkins in 1959. Vecna, as dubbed by the Hellfire Club, does have a connection to monsters' past, and has a larger goal in mind than possessing and taking the lives of the teenagers of Hawkins.

The plot of Stranger Things doesn't exist on a linear plane; it's much rather like a time machine that tends to switch up when least expected, but in a way that makes sense to the story. In such a fashion, it leaves very little room for predictability. The plot isn't the only thing that doesn't remain in one place, but rather exists in multiple dimensions as well as locations.

The plot line is rich as it spans multiple aspects of story-telling; horror, sci-fi, psychological thriller, and even espionage, with touches of romance, comedy, and of course, plenty of 1980s pop culture references. Sometimes the show is a time capsule of true history now forgotten, and works well not only for nostalgic reasons, but accommodates the story, too, and that certainly holds true for season four. This series has a remarkable way of connecting with various types of audiences, casting a wide net over multiple generations.

Soundtracks, whether they be scores or songs, create a discernible ambiance. Accurately done, they possess you into the moment, to experience that precise emotion as intended. It's also a great way to expose a new generation by reintroducing music they may not have heard before (see also: the use of “Bohemian Rhapsody” in Wayne's World and how it re-topped music charts in 1992).

There's a reason why a song from 1985 is now topping streaming charts; but doubled with its prolific use, it gives it much more meaning to connect to a certain character in the fight for their life, and also correlates to the time period in which it was initially released.

Stranger Things Vol 1 has given many intricate details of the past, not only in regard to Jane's existence, but a look into the creation of the Upside Down and where it all began. Hopper's reappearance in the post-credit scene of season three's finale is also further revealed, and Joyce (Winona Ryder) plans to find and rescue him, with the assistance of Murray Bauman (Brett Gelman). She leaves the kids to their own devices in the true latchkey kid trend of the 80s. This subplot is a continuation of what occurred at Starcourt in the last season, though with less supernatural action, much like a Bond film.

There's plenty to look forward to in Stranger Things

Stranger Things Vol 2 is sure to shed light on more pressing questions from episode seven and previous seasons. There is still so much to be learned about Hawkins' past, what the future holds for our gang, and possibly, the fate of the world. The next era of Stranger Things is said to be the last season, according to The Duffer Brothers, and Vol 2 will directly tie into the events of season five. One can only imagine the level of villain the gang will be up against next!

Be sure to catch all four seasons of Stranger Things, available now on Netflix! For more ramblings from the Upside Down, be sure to follow the author on Twitter.

In need of more action and adventure? Check out our review of Top Gun: Maverick!