The Patient: Not So Therapeutic 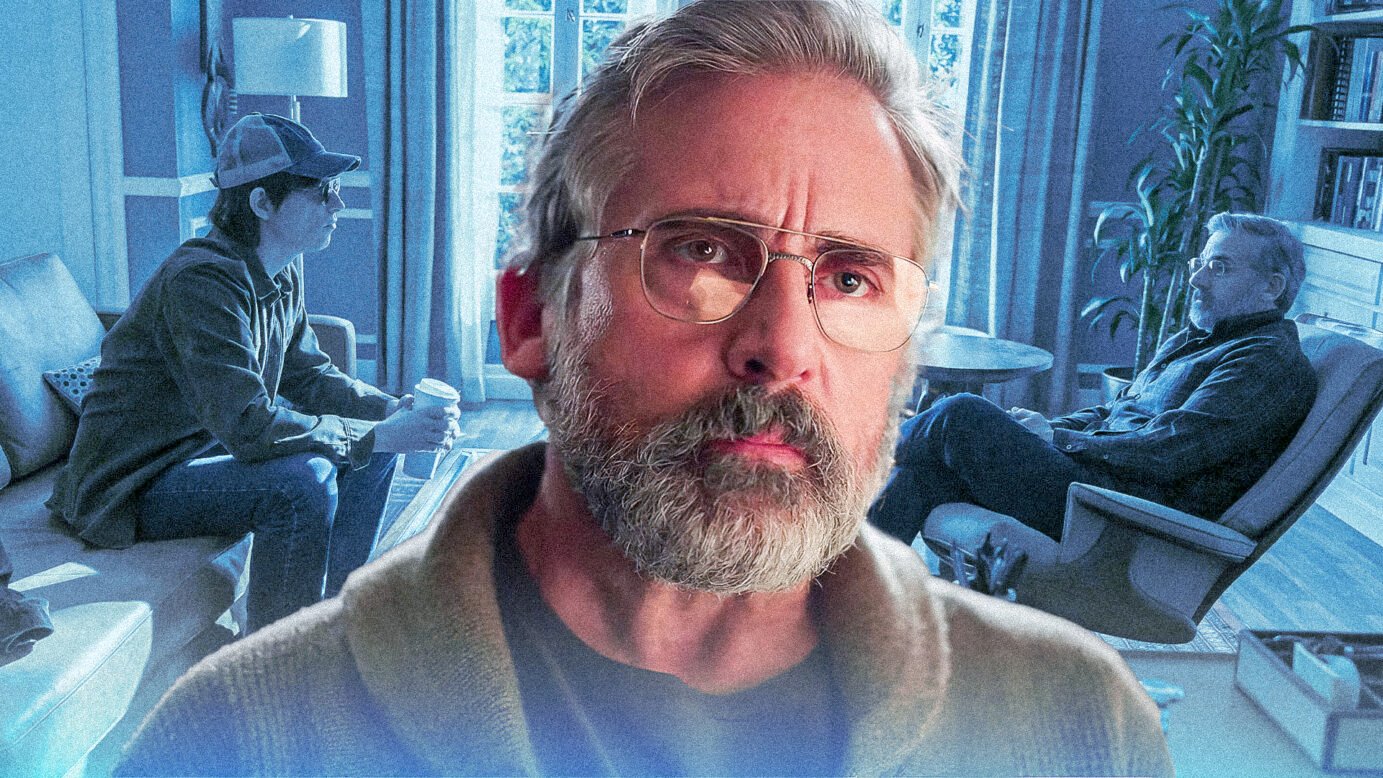 Joe Weisberg and Joel Fields deliver a tantalizing yet subdued 10-episode limited series with The Patient, centered around a therapist kidnapped by his patient who wants to stop killing.

FX on Hulu's brand new limited series The Patient has a more than intriguing concept: A grieving psychotherapist named Dr. Alan Strauss (Steve Carell) is abducted and kept captive by his patient Sam Fortner (Domhnall Gleeson) in the patient's attempt to stop his uncontrollable impulses to murder those that offend him. The series takes a look at the length two men of vastly different moral compasses are willing to go to try to seek healing in their own respective ways.

While The Patient starts out as an intriguing thriller, it slowly gets lost in its own introspective nature, detouring from the alluring dark nature of the show to focus on a character study of a father (Steve Carell) dealing with the recent loss of his wife (Laura Niemi) while also being at odds with his own son, Ezra (Andrew Leeds). Both Domhnall Gleeson and Steve Carell are offered moments to shine as two emotionally powerful actors but these moments end up being too few and far between to keep the tension and pace of the show as gripping as one would hope.

The Patient opens in a truly bone-chilling fashion with Dr. Strauss waking up in a dimly-lit basement only to find his ankle chained to the floor. An immediate “what the fuck?” whispers from his mouth, dumping us into a world in which we feel the weight of the words just spoken aloud. Among the first words we hear from his counterpart in Sam are of a similar distraught nature, “My dad beat the shit out of me and I think it fucked me up”.

The premiere episode of The Patient does an excellent job teasing us with what both actors are capable of in their own rights. Steve Carell, best known for his role as Michael Scott on “The Office”, tells us to believe his captive state of fear from the opening scene. A performance that is only enriched in depth as the show goes on to explore his personal trauma.

Gleeson, on the other hand, makes for a fascinating juxtaposition to the calculated, empathetic character Carell plays. The stone-cold eyes of the ‘Ex Machina' and ‘About Time' actor have no rhyme or reason behind them. A feeling that delivers on the uneasy nature of a patient that would hold his therapist captive and murder those around him.

With each episode being around 21 short minutes (a very welcome change to the hour+ series we've grown accustomed to), the drama of The Patient is digestible and just enough to quench the palette of someone looking for a new show to get engulfed in. Alan continues his personal journey throughout the show, battling his own view of fatherhood in being at odds with his extremely orthodox Jewish son Ezra. A relatable theme to many parents about the ability (or failed ability) to empathize with your child and see the world they see.

To try to understand what they need or want from you on many different levels. The continuous motif of parental trauma, whether inadvertent in Alan's case, or beyond reprehensible in Sam's case, is one the show tackles slowly, methodically, and well. As The Patient progresses, it strays further from the promise of a twisted thriller to that of a powerful presentation of self-healing and introspective character study. Some may not find this to be the show they want (at times the competing tones of a demented killer grappling with his next move and a trauma-ridden captive therapist searching for inner peace don't necessarily jive). Even still, once you accept where The Patient is headed, it's enjoyable nonetheless.

Charlie Addison (David Alan Grier) pushes Alan towards self-reflection as his dead therapist that shows up in times of need, further elaborating on the human struggle within all of us. What moments in life define us? How do we deal with relationships we are unhappy with? Just a couple of questions that Carell elevates with his impressive acting and ability to choke up on the verge of tears (and choke me up on the verge of tears!) several times throughout the series. What The Patient unfortunately mismanages is its tonal and visual balance between being a thriller/horror and character study.

Moments of terrifying action do take place but infrequently and inconsequentially to the bigger motive of The Patient. The ebb and flow of such tone and action are a bit tiresome to put up with over 10 episodes. I found myself much more engaged in some episodes than others. The use of flashbacks to understand Alan on a deeper level gives us a glimpse of the outside world, something we are starved for much like Alan in his chained state in the basement. The few tantalizing occurrences that we see with Sam at work or talking with peers around him are enough to long for more storyline there and less in the basement.

Gleeson's work in The Patient as Sam shows why he is an incredibly underrated actor. Subtle yet emotionally powerful, Gleeson delivers a performance I was fascinated with. Perhaps too subtle of a performance throughout the show, there are in fact moments of bursting rage and frightful dialogue that help showcase his eery nature. His reliance on his mom and roommate Candace (Linda Emond) is offputting yet believable for a character such as his. Besides, who doesn't love a strange serial killer dancing awkwardly to Kenny Chesney? Something Gleeson pulls off in The Patient almost strangely well.

Meanwhile, Carell pulls the same character study out of the show, yet from the other side of the coin. A much more reserved, methodical man that is testing his own limits for freedom and healing. The two of them play well off each other creating an interesting tension in which you never know what someone will say or do next.

Lethargic and dry at times, The Patient manages to traverse to a deep character study of remorse, self-healing, and empathy. While some may find the less than dark and thrilling nature to not be their jam, plenty will enjoy the rapport of Domhnall Gleeson and Steve Carell stuck in a frightening situation, seeking solace in one another. The Patient comes across more as a think piece that was unable to find its tone in the pieces that it had. An empty search for thrills and a concept subdued. Moments of shine, but a show that overall, I wish was willing to take more risks to get to the places it wanted to go. 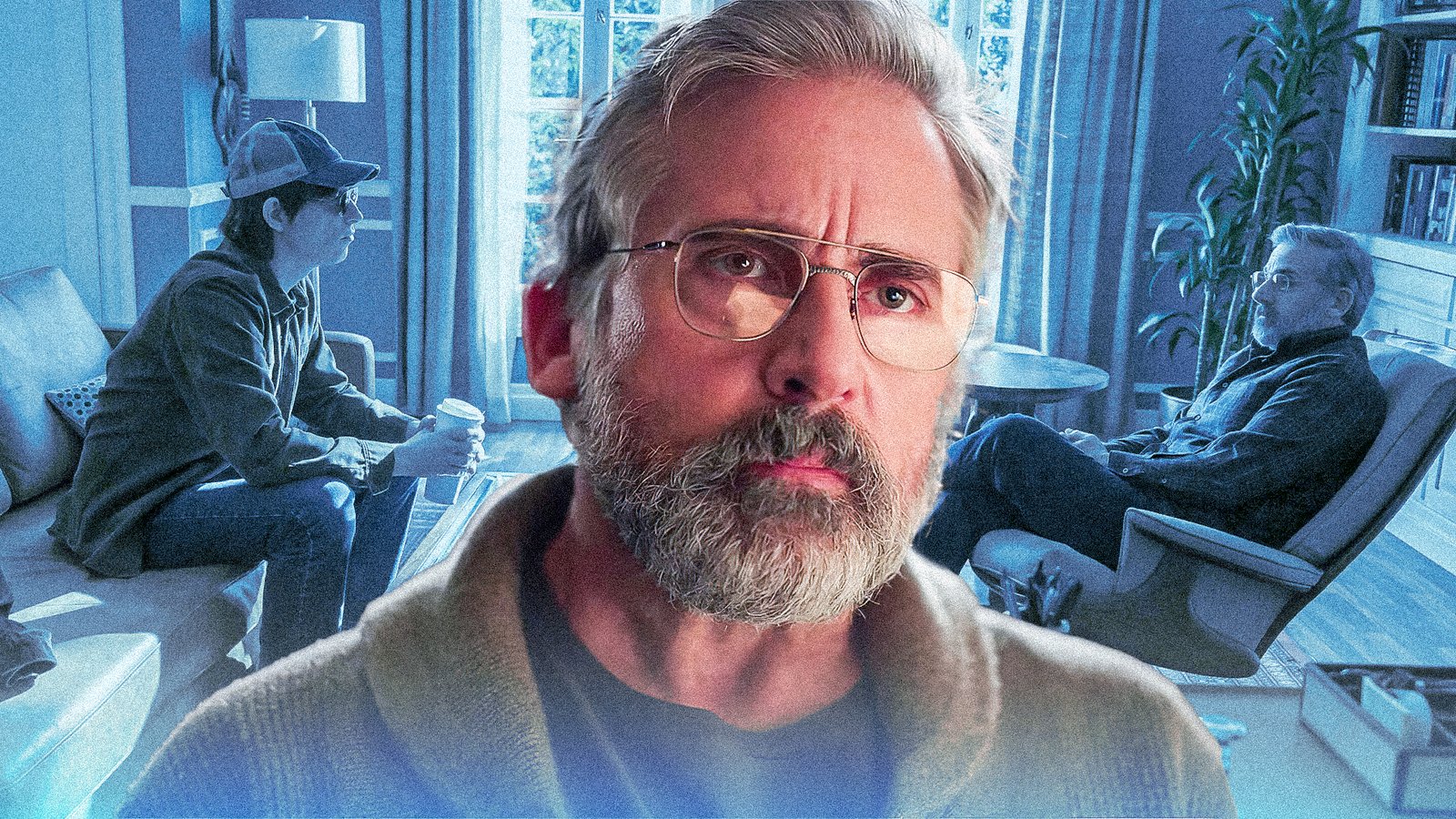 The Patient: Not So Therapeutic
7

The Patient debuts on FX on Hulu on August 30 with 2 episodes, and weekly episodes thereafter.