Rosaline Bites Its Thumb At Shakespeare 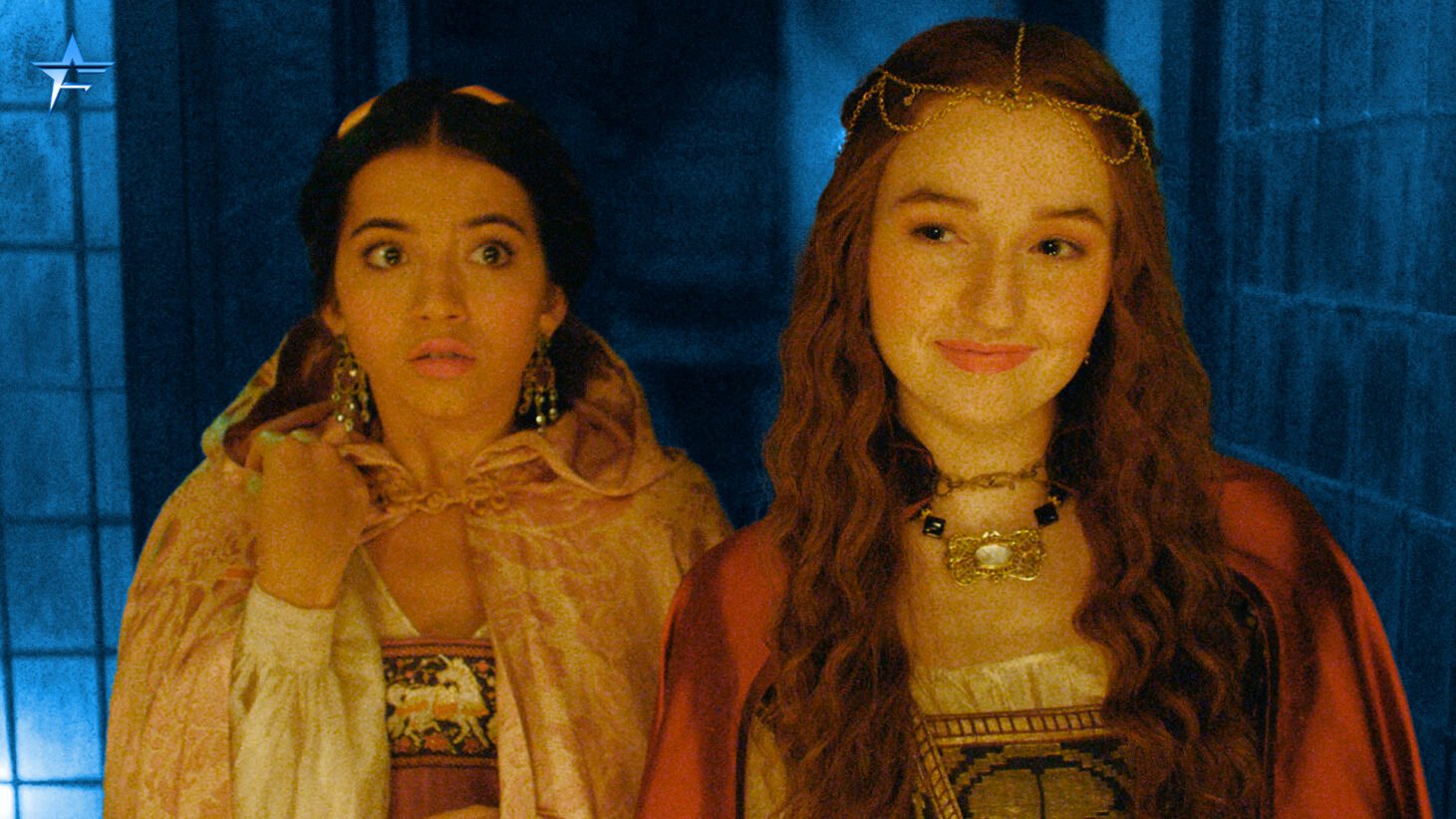 If you've ever sat through Romeo and Juliet and thought “are these two lovebirds maybe moving a little fast?”, then Rosaline is worth your time. Directed by Karen Maine (Yes, God, Yes) from a screenplay by Scott Neustadter and Michael H. Weber (500 Days of Summer), Rosaline tells the story of Romeo's ex-girlfriend as she tries to win her man back. The only problem is that he's since laid his eyes on a new girl. Perhaps you've heard of her.

Though the movie is set in the 14th-century period in which Willie Shakes' classic takes place, Rosaline is a modern story told with hard PG-13 dialogue, chamber music drops of contemporary songs a la Bridgerton, and a winking self-awareness. The film seamlessly moves in and out of some of the most famous set pieces in history, making us laugh the whole time.

If you're familiar with R+J, then you understand how difficult it is to write an irreverent rom-com set in the margins of one of the most famous romantic tragedies ever told. This is a story set during the last week in the lives of these star-crossed lovers, and at times you forget that you know how this is going to turn out for them. Incredibly, the film walks the tightrope, delivering jokes with a thoughtful commentary on the ridiculousness of the story it's there to spoof.

You're sure to recognize a face or two in this crowd. Bradley Whitford as Friar Laurence, Minnie Driver as, simply “The Nurse,” Christopher McDonald as Lord Capulet. Spencer Stevenson portrays Paris, Rosaline's best friend, who in this iteration, is gay. Kyle Allen is hilarious as an emotionally immature Romeo, and Isabela Merced gives a surprisingly layered performance as Juliet. Sean Teale is the dashing Dario (I don't think I'm crazy in saying he's sort of serving Oscar Isaac, just a little). But none of this works without the right person in the titular role.

Kaitlyn Dever is a star. As Rosaline, Dever is in nearly every scene of the movie. It is not an exaggeration to say that Dever carries Rosaline. If the movie is winning (it is), it's because Dever is winning. If the jokes land (they do), it's because she's delivering them. With 2019's Booksmart and 2021's Dopesick (for which Dever received numerous award nominations and won Best Supporting Actress in a Streaming Limited or Anthology Series or Movie at the Hollywood Critics Association TV Awards), Dever showed that she is a more than capable comedic and dramatic actor. One hopes this is the start of a long trend of projects led by Kaitlyn Dever.

Romeo and Juliet But It's Giving Representation

Rosaline is a smart, funny, and light romantic comedy that is subversive and familiar all at once. It's a fun deconstruction of a classic story that is equal parts biting and endearing. It effortlessly diversifies the cast to include people of color and members of the LGBTQ+ communities in key roles. It puts a fresh twist on characters we all know, while filling in the blanks on a character we only ever hear about in the play.

Fun fact: the word “Rosaline” only appears ten times in the entirety of Romeo and Juliet. That was enough, thankfully, to lay the groundwork for this delightful spinoff. Be sure to check out Rosaline on Hulu, October 14.

Check out our other reviews of Bros and Werewolf By Night.