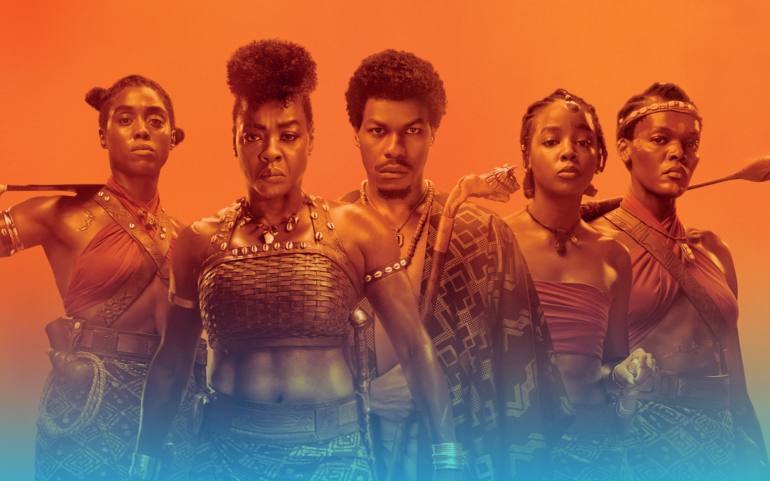 The Woman King: A Display of Power and Passion

The Woman King is one of the most powerful experiences you’ll ever have at a theater. Directed by Gina Prince-Bythewood, the film delivers a compelling story of hope, passion, and the limitless ability of women.

The Woman King is based on the true story of the Agojie, an all-female group of warriors who fought for the African Kingdom of Dahomey. Viola Davis stars as Nanisca, the leader of the Agojie, and chronicles her struggles and feats as the Agojie goes to war. Davis is an absolute powerhouse in this film, bringing limitless passion and emotion to every word she speaks. While Davis carries a lot of the film, we’re also graced with the performance of breakout star Thuso Mbedu who plays Nawi, with great passion. However, the best performance coming out of this epic story belongs to Lashana Lynch as Izogie. Lynch’s performance is nothing short of perfect and should easily have her in Oscar contention. In addition to stealing every scene with charisma and power, this marks Lynch’s best performance to date.

Strong cast aside, the film’s best assets are found in the storytelling. It’s not often you see a movie with near-perfect storytelling. However, the film absolutely delivered. In addition to providing a compelling and satisfying story, writer Maria Bello stuns in her writing debut. The themes throughout this movie are as inspirational as they are tragic. Telling a story of perseverance and power, The Woman King will have you not only ready to run straight through a wall but will also have you grabbing for the tissues on multiple occasions.

Without a doubt, The Woman King is one of the best movies of 2022 and once you see the movie you’ll understand. With stunning cinematography, outstanding acting, and a flawless story, it’s a great film that gives each individual something to enjoy.

What did you think of the movie? Let me know on Twitter and make sure to give me a follow!