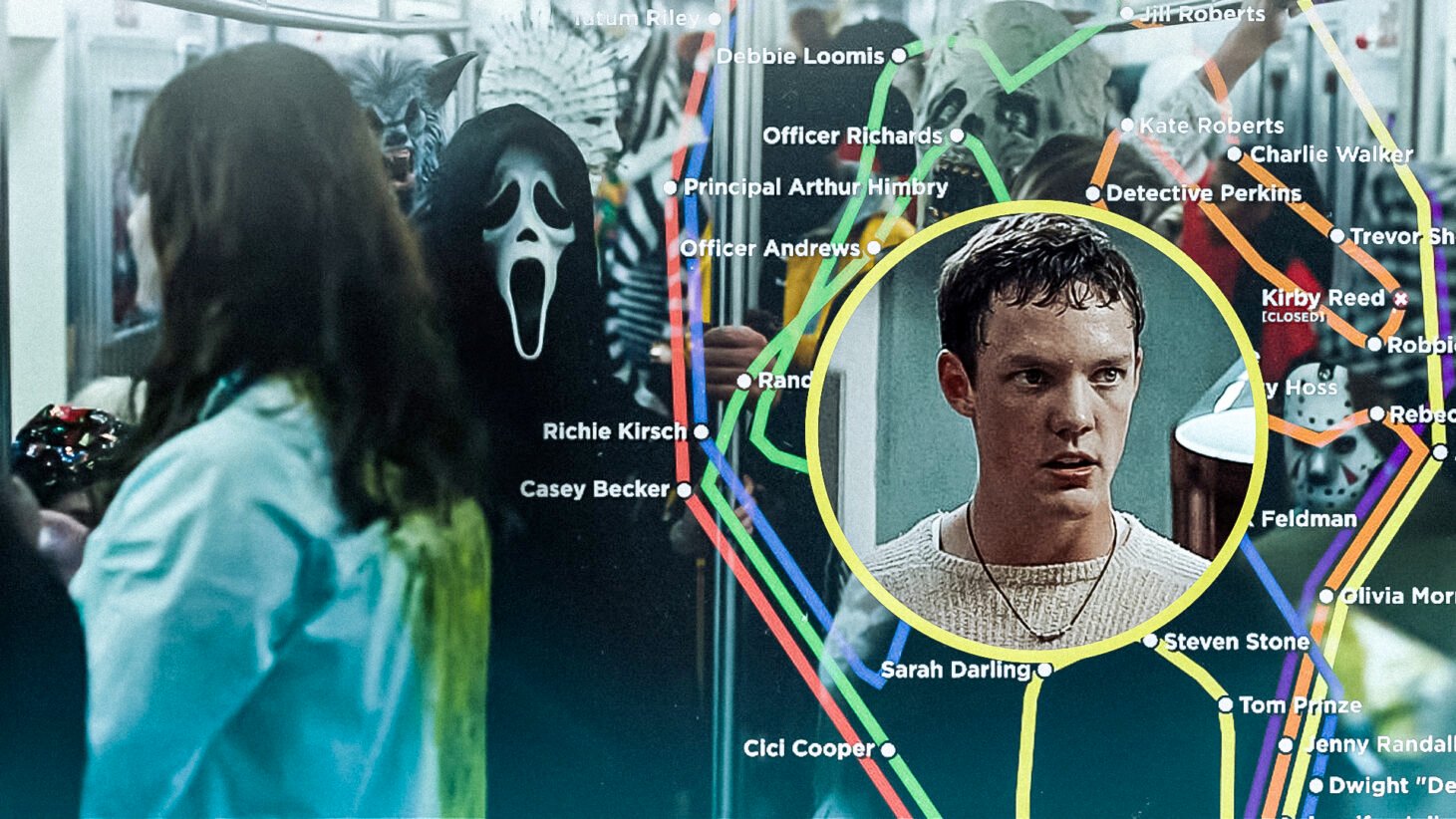 Ghostface fans, get ready to scream! A new poster for Scream 6 has been released, and it may tease the return of a classic killer.

Scream 6 is directed by Matt Bettinelli-Olpin & Tyler Gillett. The upcoming slasher is written by Guy Busick & Jay Vanderbilt. This creative team was responsible for bringing the franchise back to life with 2022's Scream, otherwise known as Scream 5.

The fifth installment in the franchise was a massive success for Paramount Pictures and Spyglass Media Group. Boasting an impressive 81% audience score and an admirable 76% critic score on Rotten Tomatoes, Scream was a hit with fans and was more well-received by critics than many other slashers. Scream 5 earned over $140 million at the box office on a production budget of $24 million.

The road to Scream 6

The marketing department for Scream 6 recently unveiled a stylish new poster for the movie. New York City will be the primary location of the film, and the poster takes inspiration from the setting. The mask of Ghostface is outlined like a subway map, with the names of characters from throughout the franchise labeled as stops.

At first glance, the map seems to be a list of deceased Ghostface victims. Characters from the Scream TV series are not listed because the shows exist in a different continuity. Two of the characters listed have unique stops on the poster – specifically Kirby Reed and Stu Macher. Kirby was believed to be dead in Scream 4, but we know she survived because she is in the new movie. That explains why her stop is “closed.”

But why is Stu Macher's stop a pinkish-red color, when all the other stops are white?

The Ghostface killer is to Scream what Michael Myers is to Halloween, or Jason Voorhees is to Friday The 13th. What makes Ghostface different from the other slasher villains is that “Ghostface” is a mantle, not an individual. Since the very beginning, there have been multiple Ghostface killers active. The maniacs who started the violent tradition of slaughter were Billy Loomis (Skeet Ulrich) and Stu Macher (Matthew Lillard).

While Billy Loomis went through a personal ordeal which pushed him to become a killer, Stu Macher's homicidal turn was quite different. Stu was Billy's friend, and he loved horror movies, especially slashers. He thought that donning the Ghostface identity and acting out his favorite films would be fun. Stu Macher is a zany, unstable lunatic who is far removed from reality. That's what has made him a fan-favorite within the fandom, with fans pushing for his return since the 1990s.

Scream 2 Suggests the Survival of Stu

The hope that Stu Macher survived his confrontation with Sidney Prescott was fueled with the release of Scream 2, which featured a non-speaking cameo from Matthew Lillard. While that has been explained away as a non-consequential easter egg by the franchise creator, Kevin Williamson, the scene is still part of Scream canon. Therefore, the groundwork is already laid for Stu's return, if they choose to go that direction with the story.

Is the new poster for Scream 6 intentionally teasing fans by making Stu's stop a unique color on the map? Matthew Lillard is a beloved actor who deserves an opportunity to come back as Ghostface. His return would make the dreams of many longtime fans come true, and it even makes sense in continuity.

The identity of the Ghostface killer (or killers) in Scream 6 is a mystery, but the new poster might be hiding a big clue in plain sight.

What do you think of the new poster for Scream 6? Do you think Stu Macher will return as Ghostface? Let us know your thoughts in the comments below or on our social media!