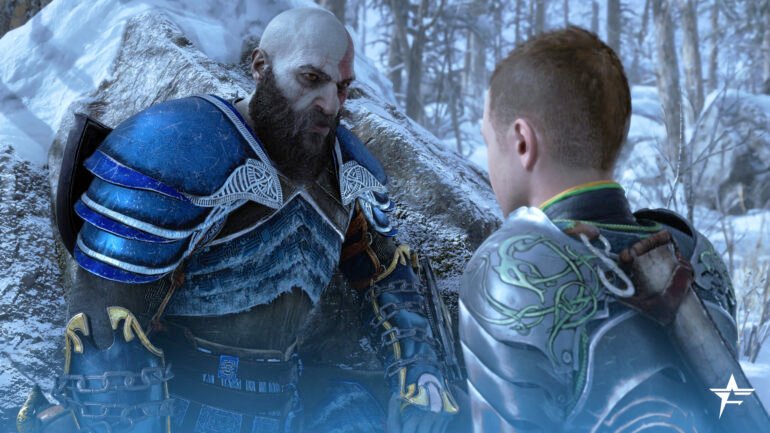 God of War Ragnarok: A Sequel Worthy of Wielding Mjolnir

God of War Ragnarok has finally arrived, and it’s a long journey of prodigious emotion for the beloved duo of Kratos and Atreus. After a four-year wait and multiple delays, we can dive back into the story that 2018’s God of War left us so invested in. It’s incredibly uncommon that a video game elicits such an ardent response through its storytelling, but God of War Ragnarok does exactly that.

There are few characters in the history of gaming with a story as carefully developed as Kratos. We’ve witnessed him evolve from a rageful, savage, god-killing machine, to a cold but loving single father trying to escape his past. The original God of War series is focused on Kratos’ journey of killing the entire Greek pantheon in a never-ending hunt to free himself from the shackles of prophecy. In 2018, the franchise rebooted, shifting Kratos from the world of Greek mythology over to that of Norse mythology, while continuing the story and development from the previous installments. Kratos and his newly introduced son, Atreus, set out on an epic journey to spread Atreus’ mother Faye’s ashes at the highest peak in all the realms, Jötunheim.

God of War Ragnarok brings back all of our beloved comrades from the first game, but does a wonderful job adding new characters as well. The fan-favorite Huldra brothers, Brok and Sindri, are back in similar but expanded roles. Much of the main story takes place at Sindri’s house, and they both serve as traveling companions on several occasions. Freya returns with vengeance after Kratos kills her son Baldur in front of her during the climax of the first installment. Our beloved hip-hanging pal Mimir also returns with all the wit and humor you’d expect from the smartest man alive.

The central antagonists of the story are Thor, Heimdall, and Odin, Aesir gods that reside in Asgard. All three serve as major obstacles for Kratos and Atreus, each boasting completely unique power sets. This portrayal of the Aesir gods bare little resemblance to their MCU counterparts, with the developers choosing a much more traditional interpretation (though that’s not to say many liberties aren’t taken through the first two installments). Freya’s brother Freyr is also embedded as a major player, both with his impact on Ragnarok and history with the Alfheim war. These new characters have their own history with our existing characters, allowing them to transition into the story seamlessly.

God of War Ragnarok does a stellar job telling a fleshed out and emotional story for both Kratos and Atreus. At the end of 2018’s God of War, we learn the true identity of Atreus to be Loki of Jötunheim. We pick up several years later with Kratos and Atreus struggling to survive the hardship of Fimbulwinter, a years-long winter storm that acts as a precursor to Ragnarök. Atreus is grappling with his own personal identity, struggling to understand the role of Loki in the upcoming prophecy.

Loki/Atreus’ actions and choices are the driving factor behind the story, despite playing as Kratos for the majority of the game. Loki seeks out the wisdom of Týr, the half Jötun/half Aesir God of War, and son of Odin. He believes Týr has a crucial role to play in the prophesized war, and can also help him unravel the true identity and purpose of “Loki.” Along the way, Loki stumbles across fellow Giant Angrboda, who tries to convince him that he cannot change the fate that has already been written for him. Loki’s thought process is constantly evolving as he’s perpetually discovering new information. He bounces back and forth from adventuring with his father, to working alongside Odin — unable to grasp the best way to prevent Ragnarök.

I’ve been following this story for well over half my life, and Kratos delivers several lines of dialogue in this game that genuinely brought a tear to my eye. Going on a journey with a character and seeing their struggles and development over time is something we’re all familiar with throughout media. It adds an entirely new level to that attachment when you’re partially in control of the character, and making some of the decisions that form their personality and journey. Kratos has gone from a feared monster, willing to sacrifice anything to accomplish his end goal, to a hero who chooses justice and peace, and is revered by all who follow him.

Game of the Year Contender

God of War Ragnarok exceeds even the highest of expectations. It took me roughly thirty-five hours to get through the main story and most of the side quests, with enough exploration to acquire some character upgrades along the way. It’s a lengthy and cathartic journey that provides a thoughtful, well-rounded story (along with some of the best gameplay mechanics ever), producing an undeniably fun experience. For those on the fence about playing this, it is high on the list for GOTY, rivaled only by Elden Ring. If you dive into the story of Kratos and don’t find yourself enamored and captivated, you can hold me personally accountable. Be sure to pick up a copy of God of War Ragnarok today, and share your thoughts with me on Twitter.