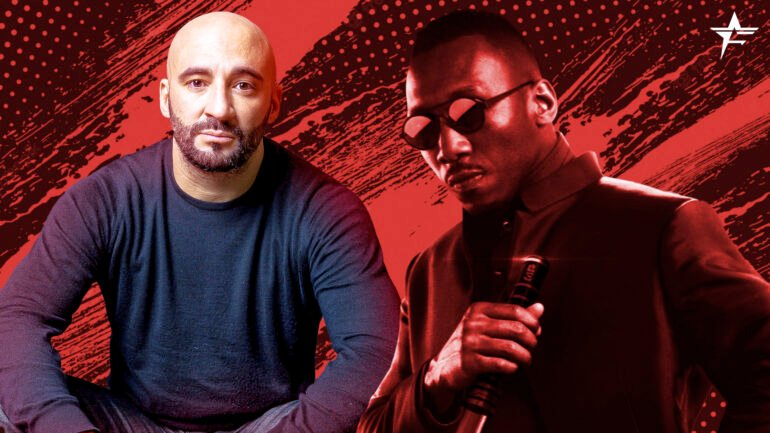 Marvel’s ‘Blade’ Back On Track With New Director Yann Demange

Marvel Studios’ Blade will resume development with a new creative team to refurbish its pre-production approach.

Blade was set to begin production this November with Bassam Tariq at the helm. Unfortunately, after major creative setbacks in September, Tariq departed. This left things up in the air for how the studio would press forward with the film. As of right now, Blade will star the talented Mahershala Ali as the titular character. Nonetheless, his rumored frustrations with the project’s progression were concerning, leaving burning questions about the fate of this highly anticipated film. However, fans rest assured as reports indicate that Ali did have some input on the decisions behind Blade’s new director, Yann Demange.

Meet The New Creatives Behind ‘Blade’

Demange has incredible storytelling abilities, having directed the pilot episode for HBO’s Lovecraft Country, starring Jonathan Majors. The way his episode sets the tone for the entirety of this series sheds some insight into what he could offer a Marvel film of this scope. Demange’s career began in TV, but he made the shift into features, where he worked on dramatic thrillers like ’71 and White Boy Rick. Adding a talented director with knowledge of the necessary themes and tone for Blade was crucial for production to resume, and it seems Marvel Studios has found just that.

It’s no secret the upcoming Blade film needed to undergo an entirely new approach, considering none of the moving parts in this production were clicking properly. That said, Michael Starrbury will be penning the film, tasked with writing a completely new script. Starrbury is an Emmy-nominated writer for his work on Netflix’s observational documentary When They See Us. With the creative capacities of both Demange and Starrbury, Blade finally seems to be moving in the right direction again.

What To Expect With ‘Blade’

Considering Marvel Studios hit the reset button on Blade, details regarding the film are being kept within the writer’s room. Blade typically falls under darker and grittier tones in the comics. Thankfully, the original announcement from The Hollywood Reporter has indeed indicated these elements are still safe for us to expect from the film. If they are considering the same formulas behind Werewolf by Night and Moon Knight, fans will be in for a treat regardless of its boundaries.

With these recent developments, Marvel Studios plans to begin production on Blade sometime in 2023. For now, it seems as though they will attempt to maintain the film’s late 2024 release date.