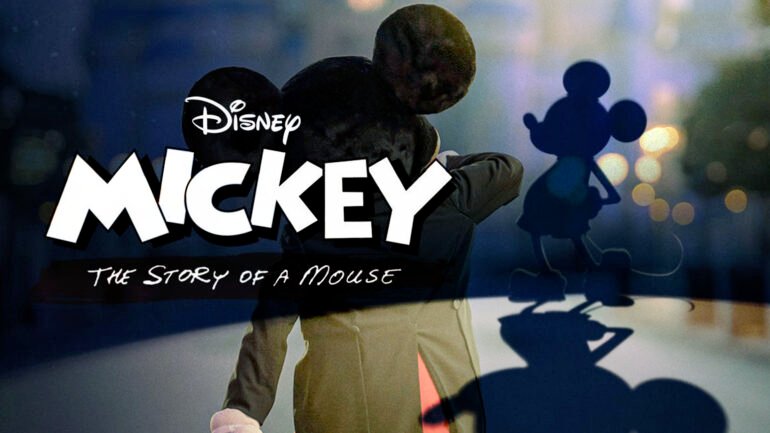 The Walt Disney Company is synonymous(e) with Mickey Mouse, but how well do you know his story? Mickey: The Story of a Mouse, now on Disney+, takes viewers on Mickey’s journey to becoming a cultural icon.

The documentary doesn’t completely shy away from presenting some of the problematic history attached to the character. Although more could’ve been expanded on in the film, it is an interesting surprise to see the issues present at all. Our Editor-In-Chief, TJ Zwarych, had the opportunity to ask the team behind the documentary about these issues.

Highs and Lows of Mickey Mouse

Making a movie for the Disney company that features its mascot can be challenging. Having to stabilize the tone between the good and the bad is a difficult task. In fact, the director of the film, Jeff Malmberg, spoke to our EIC about balancing the wins and losses attached to Mickey Mouse. Malmberg expressed:

“This movie cannot solve any of those issues, but what it can do is just get people on the record…talking about it and opening that door.”

Furthermore, Dr. Carmenita Higginbotham features in the documentary outlining some of the negative depictions in Disney’s history. She has analyzed the “magic” of the Disney Company from different angles. Through her research, she has seen Disney intersect with cultural trends through their productions during the Civil Rights Act and the Vietnam War. She noted:

Identity politics always loom large in the representation of characters. How Mickey Mouse as a character responds to…issues related to race, gender, sexuality…are key in tracking where Disney stands on these issues.”

The Walt Disney Company has a huge platform for people of all ages, especially the young generation growing up that watches their content. By addressing real-world issues through their projects, the company opens the door for dialogue and hopefully, improvement.

Disney – A Bright Future Ahead

With this in mind, the documentary shows that the Walt Disney Company has evolved over its 100-year history through the lens of Mickey Mouse. Floyd Norman, an official Disney Legend, has been working with the company for over 50 years, even collaborating with Walt Disney himself. Throughout his career, he worked with Walt Disney Animation Studios and Pixar. He noted:

I still enjoy visiting Walt Disney Animation today as I watch a new generation of filmmakers, incredibly talented young men and women who are making the films for their generation…It’s been wonderful to have been a part of it all…and who knows what the future’s going to bring.”

From the words of Disney Legend Floyd Norman himself, change is happening at the Walt Disney Company. With young talent signing onto Disney’s upcoming projects, new and fresh ideas are coming. The people behind Mickey: The Story of a Mouse understand have added to the conversation of change and representation. If you haven’t already, check out the documentary now on Disney+ and share your thoughts with us on Twitter. Also, make sure to click the notification bell on our YouTube channel.