A Bountiful Box Office: The Current State Of Cinema

The box office continues to fight back against home streaming. 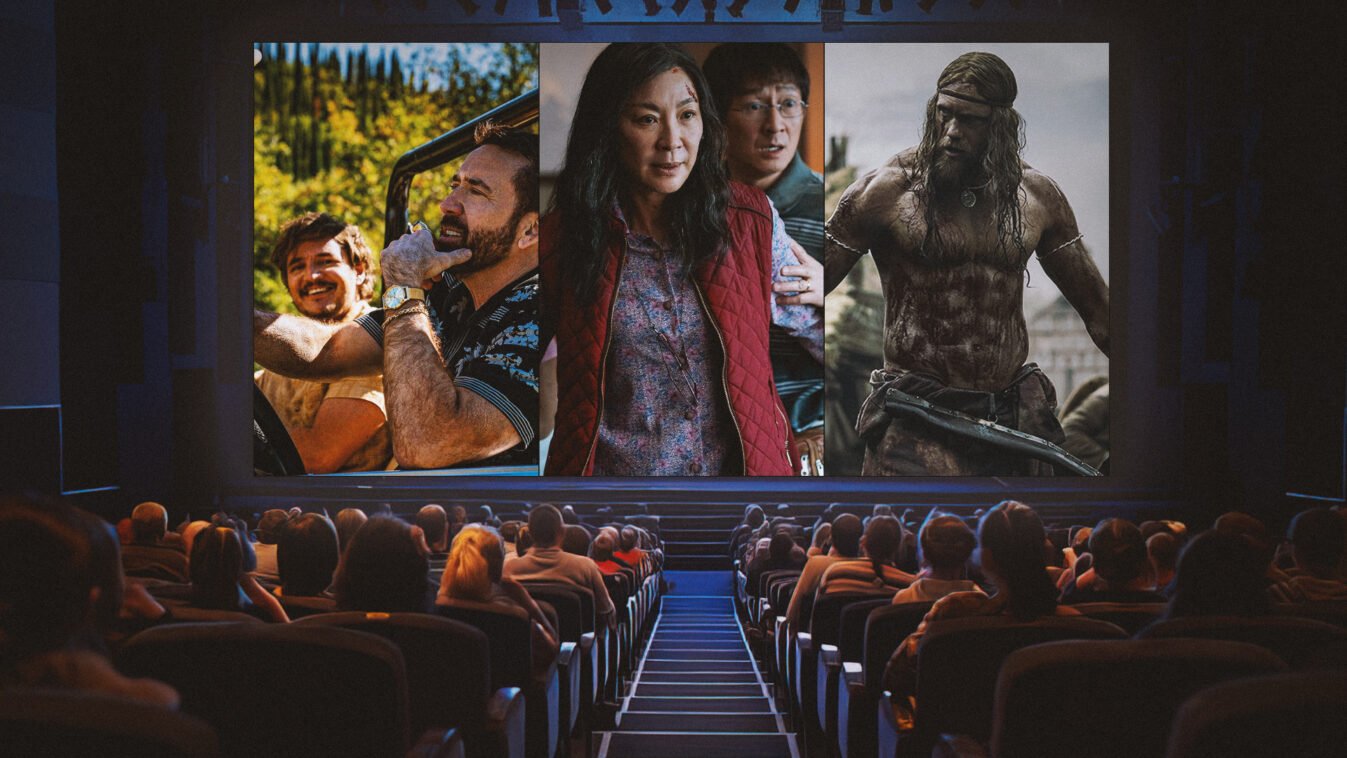 This past weekend saw 4 original movies at the box office. 4 original scripts. 4 original ideas! Compare that to the slew of IP and franchise films that have been bearing the brunt of keeping the box office alive in the past 18 months, and you’ve got quite a fun weekend. Superhero movies are all the rage (and all the dollars!), but it’s so refreshing to see moviegoers given a weekend teeming with choices.

Studios are finally feeling confident enough again in the state of the box office to put out the big bucks needed to support and market these new originals movies and see them to their success, which is just damn exciting.

From a $90 million Viking epic directed by a burgeoning auteur to a meta movie featuring Nick Cage, Pedro Pascal, and a bromance for the ages, there is truly something for everyone. Take The Lost City for example: While it did open nearly a month ago on March 25, it is still playing in theaters and has brought in a worldwide gross of over $128 million! It also opened to a cool $30 million in March, which is mighty impressive for an all but dead and buried genre. We can only hope this is the sign from above that studios have been looking for to begin churning out original rom-coms once again, but only time will tell.

A similarly impressive feat, albeit on a smaller scale, is the new hit movie Everything Everywhere All At Once from A24, the studio behind cult classics like Uncut Gems, Midsommar, and Lady Bird. A fun nuance in the age of massive blockbusters and opening night premieres, this movie saw a fascinating progressive release.

First premiering at SXSW on March 11, the film gradually released first to major markets like LA and New York, then expanded to 38 screens across major cities nationwide the weekend after, before increasing to just over 1,000 screens for the official release on March 25th. It is now playing at about 2,100 theaters across the US (compared to the over 4,000 that 2022’s biggest movie so far, The Batman, initially opened in for its premiere weekend), and doesn’t open in the UK until May 13. It is already A24’s 10th highest-grossing film at nearly $30 million domestically, proving moviegoers have a quenchable thirst for high-concept original filmmaking.

Yet success doesn’t find every new, original movie, especially at the cinema. The highly anticipated film The Unbearable Weight of Massive Talent, starring both Nicolas Cage and Pedro Pascal, two alluring movie stars, hasn’t fared so well in its opening weekend. Bringing in a measly $7 million domestically amidst the consistent positive hype proves that the box office is a grueling, if not unforgiving, venue.

Opening just this past weekend on April 22, the sample size isn’t worthy of accurate extrapolation, but the initial numbers are not encouraging for a promising theatrical run. An exceptionally disappointing reality considering the movie itself is truly fun and enjoyable. It's opening weekends like this that continually push studios to opt for straight-to-VOD releases and partnerships with streaming services that are forever changing the landscape of movie going.

What does all of this say about the current state of the box office? Not much. Audiences still make the movie-going experience a momentous occasion, turning out consistently for the big tent pole IPs like Marvel. But they also want something new. Something fresh. Something to serve as a palette cleanser in between the CGI-laden, comic book accurate storytelling that happens on a consistent basis.

Whether studios will begin to take risks regarding original films again still remains a mystery. There is notable upside when it comes to excitement and box office performance, but there is also substantial risk associated with the potential for a film to get drowned out in all the noise at the cinema. The only way to ensure audiences continue to get original, exhilarating, and essential storytelling is to support it. To turn up at the box office. With a big summer ahead for both original films and tent pole franchises, the truth will emerge eventually. And the box office will forever be shaped by that truth.

Trying to decide which new film to go see? Check out our reviews for Everything Everywhere All At Once, The Unbearable Weight of Massive Talent, and The Northman!