Cars: On The Road – Coming Soon to Disney+ 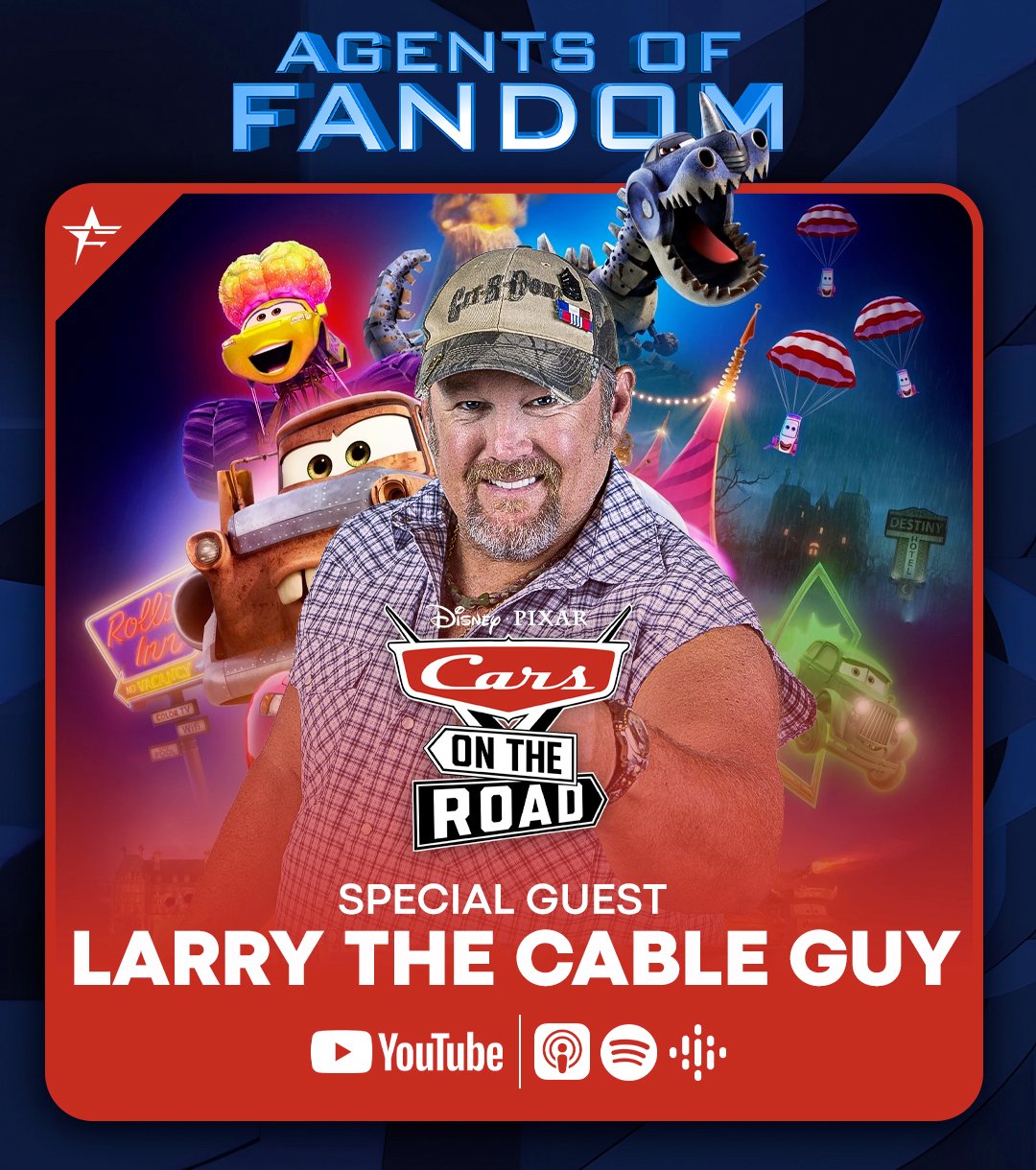 Agents of Fandom Editor-In-Chief TJ Zwarych recently spoke with Mater, star of Cars: On The Road, Larry the Cable Guy. The upcoming Disney+ series is set to debut Thursday, September 8. The recent Disney Virtual Junket featured not only Larry the Cable Guy, but the directors, writer, and producer as well.

Steve Purcell, Brian Fee, Bobby Podesta & Marc Sondheimer have been working together at Pixar since the original Cars movie. The group has been collaborating for years, with Cars: On The Road being the culmination of their efforts. The group spoke in the interview about the work that went into the series, their long-time working relationship, as well as potential other Pixar shorts they'd enjoy creating.

Chemistry and friendship appear to be a trend on the set of the Cars movies and series. Like the creators, Larry the Cable Guy had only glowing things to say about his co-star Owen Wilson, who voices Lightning McQueen. Through the years, they've gone from co-workers to friends. Although Owen began as the lead role, the two have developed into co-stars. While you'd think this would lead to some competitiveness, their friendship is without ego, as Larry details throughout the interview.

As he's been playing the character of Mater for years, Larry the Cable guy also detailed how much of his own personality is now infused in the role, steadily increasing from the original movie to Cars: On The Road. The comedy star seizes every opportunity he can get to take on the character, and that won't stop as long as Pixar keeps calling.

Cars: On The Road – Coming soon to Disney+

Cars: On The Road portrays Mater and Lightning on a fun-filled road trip. The two best friends journey throughout the country. While adventuring and having fun, they also learn some valuable lessons. Hop on over to Disney+ on September 8 to catch Larry the Cable Guy in Cars: On the Road.