She-Hulk: The Big Bads Were the Dude-bros We Met Along the Way 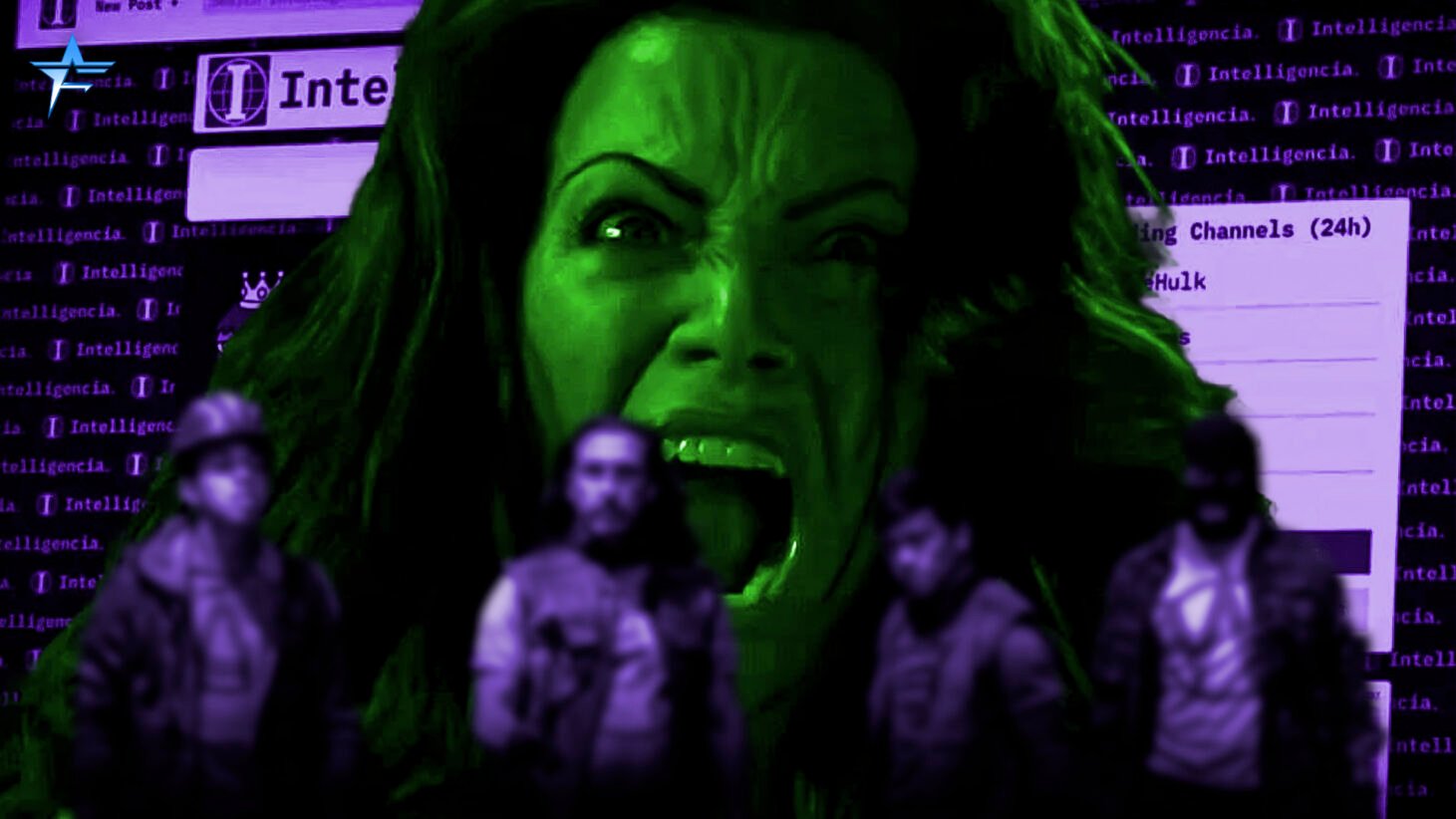 She-Hulk is unabashedly made for television. It's the first MCU series that doesn't just feel like a movie chopped into weekly pieces. While many appreciate the show's throwback nature, those critical have pointed to this aspect as a problem. Their argument is that the show is so episodic, it's hard to tell where it fits into the greater MCU. Apologies, but I'm not sure what show they have been watching. The villains of Marvel's latest Disney+ series have been there since the show premiered. Don't believe me? Take a look for yourself.

She-Hulk's first episode brought these charmers out of the woodwork

Toxic dude-bros threw tantrums (mantrums?) over the following nonsense: “Jen learns to control her powers too quickly.” “Jen would never twerk with Megan Thee Stallion.” “Jen is having too much sex.” “She's too funny all the time.” “She's too big/not big enough.”

Are you seeing the trend yet? All the while, the series has not only been ready for the backlash from the Incel-igencia, it has brought their vitriol front and center to the plot of the show, predicting their responses with uncanny clarity. Some on-screen backlash Jen receives is literally ripped from the Instagram comments from the day Marvel announced She-Hulk. Shulkie has been catching strays on the social media streets since Day One.

In a series where the titular character breaks the fourth wall like she's the new face of Kool-Aid, it was an inevitability that the show's true villains would exist out here, in the perpetually burning dumpster fire that is our reality. Over the past 9 weeks, we've seen the toxic faction of the MCU fandom reveal itself like HYDRA Agents at the S.H.I.E.L.D. Christmas Party. To some, this came as a shock.

The Incels Are Trolling From Inside The House

For the better part of the last decade, there has been an aspect to the MCU/DCEU online blood feud that would paint the former as sophisticates and the latter as a venomous brood, violently clamoring for the release of their precious Snyderverse. The contrast was simple enough: MCU fans like fun and quality, and DCEU fans are edgelords who like their heroes joyless and their color palettes muted.

Well, as we've seen with increasing intensity over the course of MCU Phase 4, a larger swath of the fandom than we'd like to admit were just as toxic as the SnyderCult. It wasn't until their spigot of White, male, cis-gendered led projects was closed ever so slightly in favor of representation for new groups that they became apparent to the rest. She-Hulk has merely turned the floodlights on them.

And so, Jen Walters leaves us with one last fourth wall in shambles. In the end, whichever comics-based Heavy turns up as the villain in the season finale – be it the Leader, Emil Blonsky All Along, or Emperor Palpatine (somehow, he's returned) – those who watched this series in real time will always know that the true big bads of She-Hulk were the toxic dude-bros we met along the way.

Check out our review of Werewolf By Night and our chat with Patty Guggenheim (She-Hulk's Madisynn)!