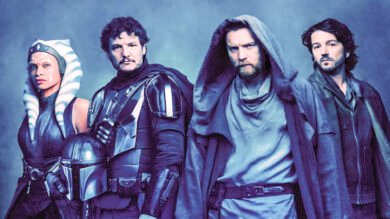 Since November of 2019, the phenomenal streaming service Disney+ has ushered out numerous programming options for fans to enjoy. Within one simple scroll of the app, you can find virtually any new content and original media from major franchises. As a late bloomer to well, pretty much everything, I joined the Disney+ train this year solely for the purpose of binging the Star Wars films. Something I didn’t anticipate from simply viewing the films, was falling headfirst into every other Star Wars related domain. Although my list of things to get through is still long, my first foray into Star Wars television hasn’t disappointed.

After years of hearing about the brilliance of the Star Wars animated series The Clone Wars, I decided it was time to navigate my attention in that direction. Created by George Lucas in 2008, The Clone Wars was a computer animated series written by the incredible Dave Filoni. Immediately after watching the first three episodes, I found myself emotionally involved and attached with every fiber of my being.

The best part of The Clone Wars, along with other Lucasfilm media such as novels and comics, is the thorough backstory. It enables us to receive an understanding of each character or overall thematic element. I was not privy to the character Ahsoka prior to watching the animated series. Thankfully, from the stellar justice that the series did for ‘Snips’, it pushed me to fully dive into her character. If you’re looking to begin your journey anything into Star Wars, The Clone Wars is a great start. The series adds necessary depth to iconic characters such as Anakin Skywalker and Obi Wan Kenobi.

The greatest part of being new to The Mandalorian this year, is even though I had not seen it, I knew it was a prominent and significant part of Star Wars story. Anyone with two eyes and a pulse has seen some kind of Grogu content. Whether it be out shopping at any major chain store or online, Grogu is always present. However, The Mandalorian is far more than that.

The series is equipped with an equally stunning musical score, gorgeous filmography and scenery. The Jon Favreau created space western deserves an Emmy for visual aspects alone. One of my favorite aspects of my early viewing of the series is the lack of Din Djarin’s face. Despite this, you understand his character immensely.

The phenomenal work by everyone’s favorite human Pedro Pascal is undeniable. It takes vast talent to make an audience connect with you simply with voice inflictions, channeling each emotion that is felt in the moment. If you’re like me and looking to witness greatness in the making, look no further than this impeccable piece of history. The Mandalorian is a series ahead of its time and a cornerstone of the Star Wars realm that will be talked about for years to come.